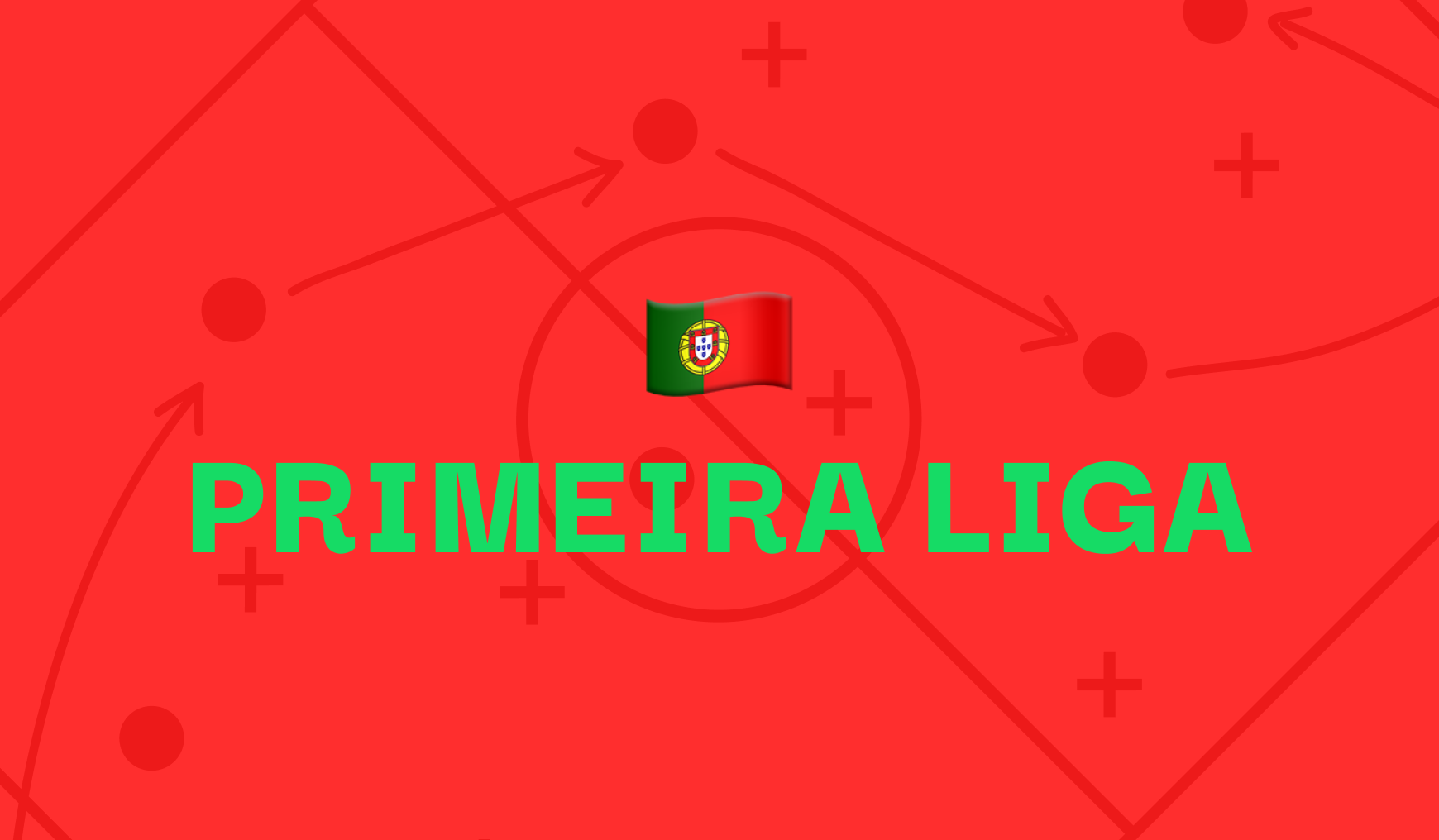 Over the past few years, both Moreirense and Marítimo have come to represent a defensive, physically gritty style of play that prides itself on a low average possession, stacking bodies within the six-yard-box, and incessant time-wasting. Whilst their detractors have written them off as “antijogo” (anti-football), it has worked fairly well for both clubs. Since returning to the Primeira in 2014, Moreirense have won their first ever top level national title with the 2016/17 Taça da Liga and came into this season on the back of three consecutive top-half finishes. Marítimo, on the other hand, have remained in the top-flight in 40 consecutive seasons.

However, it seems that a new era has dawned at Marítimo. After 24 years at the helm, Carlos Pereira lost to Rui Fontes in October’s presidential elections, and shortly after, Vasco Seabra was appointed as manager with the club in the relegation zone.

A 38-year-old manager who has already coached five of the 18 teams in the Primeira, Seabra has turned the ship around in Madeira with a winning percentage of 46.15% – a rate matched only by his first job when he coached FC Lixa in the amateur leagues. He has helped unlock the creative talents of Rafik Guitane, Stefano Beltrame and Ali Alipour further forward whilst also maintaining a steady defensive organization. Marítimo have conceded 15 goals in 13 games under Seabra – the bulk of those coming in a 7-1 demolition at Benfica on December 19 – and picked up perhaps their most impressive result last weekend by drawing 1-1 to Sporting in Madeira.

Moreirense, on the other hand, parted ways with Seabra at the end of the 2020/21 season despite an impressive eighth-place finish, with his replacement João Henriques lasting until November before being given the boot. Lito Vidigal and Ricardo Sá Pinto, two coaches who can perhaps be considered the Portuguese Sam Allardyce and Tony Pulis, have failed to reignite Moreirense who currently sit 17th in the table following a 1-1 draw to relegation battlers Arouca. They will be without two key players due to suspension – Fábio Pacheco and Paulinho – and will have a tough task if they are to repeat the result of last March, which saw Moreirense defeat Marítimo 2-0 via a brace from Filipe Soares, who was sold to PAOK in January. I’m backing this one to be a low-scoring affair in a similar ilk of last October’s scoreless draw, and I expect Marítimo to pick up their first win in Moreira de Cónegos since 2016.

Paços suffered the same fate that Gil Vicente will encounter this summer; following an impressive fifth-place finish, the club was raided of its finest assets with top scorer Douglas Tanque heading to Emirati club Khor Fakkan and manager Pepa leaving for Vitória de Guimarães. Bruno Costa, on loan from Portimonense, returned to his parent club before joining Porto on a permanent deal, while his midfield partner from last season, Stephen Eustáquio, joined Porto in the January window. Both Eustáquio and Costa scored in a 3-2 home victory against Porto on October 30, 2020 – the last time Porto lost a league match.

Eustáquio made his first start for Porto last weekend, filling in for the suspended Matheus Uribe and Marko Grujić, but he lasted just 30 minutes before being hauled off for winger and fellow January arrival Wanderson Galeno, who was subbed off in the 67th minute for Francisco Conceição, son of manager Sérgio. It wasn’t enough as Porto succumbed to a 1-1 draw against Gil Vicente, before beating Sporting in the first leg of the Taça de Portugal semifinals.

Paços de Ferreira have won two games on the bounce (albeit to 10-man Vizela and last-placed Belenenses-SAD) following the insertion of Matchoi Djaló in the line-up. The 18-year-old has taken advantage of Eustáquio’s departure to become a source of creativity in midfield for César Peixoto’s side, and he could cause some problems to a Porto side that will have one eye on Wednesday’s Europa League fixture against Lyon. However, with Mehdi Taremi showing signs of last season’s form and Evanilson developing a superb chemistry with the Iranian striker, I think Porto will have enough in the tank to pick up a third consecutive victory against the Beavers and maintain their 6-point lead on Sporting.

Famalicão continued their upward momentum last weekend by defeating Tondela 2-1, in a tense match that saw 20 minutes of extra time added after Brazilian midfielder Gustavo Assunção left the pitch (before returning) after being allegedly racially abused by Tondela’s Rafael Barbosa. They’ll be looking to pick up their fourth win on the bounce as they pay a visit to Vitória de Guimarães on Sunday night.

Vitória, on the other hand, suffered a dismal February. After beginning the month with a last-minute victory against rivals Braga in the Derbi do Minho, Pepa’s side suffered embarrassing defeats to relegation battlers Belenenses-SAD and Arouca before being thrashed 3-0 at Benfica.

It has been just over two years since Vitória demolished a 10-man Famalicão side 7-0, with the next three fixtures seeing Vitória pick up two wins and Famalicão win once. Three of those seven goals were scored by João Carlos Teixeira and Pedro Rodrigues, both of whom are starters at Famalicão.

Despite the sale of Marcus Edwards to Sporting and despite their recent poor form, Vitória still have a wealth of options in attack with Rochinha, Óscar Estupiñán and co. chipping in their fair share of goals, but their Achilles heel has without a doubt been in defense. Famalicão, on the other hand, have impressed going forward thanks in large part to French striker Simon Banza, who opened the scoring in a 2-1 defeat against Vitória in October and who scored his 11th league goal in last weekend’s 2-1 win against Tondela. Outside of the top five, no teams have scored more goals than Vitória (33) and Famalicão (31), and whilst this result could go either way, I’m confident we’ll see another goal fest at the Estádio Dom Afonso Henriques.

One of the prevailing themes in Portuguese football over the past few years has been the propensity for teams that finish outside the top four (Benfica, Sporting, Porto and Braga) to experience severe declines in form over the following season. Arouca finished fifth in 2015/16 under Lito Vidigal to seal qualification to the UEFA Europa League for the first time ever, but they were relegated a year later. After ending a 17-year absence from the top-flight, Chaves finished 11th in 2016/17 before enjoying one of the best years in the club’s recent history and finishing 6th. This was followed by an exodus of talent: manager Luís Castro headed to Vitória de Guimarães, whilst Marcão and Stephen Eustáquio ended up going to Galatasaray and Cruz Azul in January. Four months later, Chaves found themselves relegated to the Segunda.

Rio Ave came within inches of making it to the group stage in 2020 but were edged on penalties by Milan, before being relegated at the end of the season. It is a vicious cycle that repeats itself year after year: team attracts positive attention by finishing within the top six, team forced to let go of its best players and manager, team gets relegated.

When Mário Silva took charge of Santa Clara on January 10, Santa Clara looked to be at a severe risk of repeating those clubs’ fate. Silva, 44, had served as Rio Ave’s coach the prior season before being dismissed on December 30 with the club 13th in the table and had taken charge of the club after Carlos Carvalhal left for Braga. He began his time in the islands with a draw against Tondela, back-to-back victories against Boavista and Moreirense and defeat to Sporting in the Taça da Liga as well as a 2-2 draw against Gil Vicente, a 2-1 defeat to Benfica and a 1-1 draw to Portimonense. Santa Clara took on Braga on Monday and ground out a 0-0 draw despite losing Brazilian left back Mansur and Japanese midfielder Hidemasa Morita to red cards.

Santa Clara host Vizela on Sunday, two sides currently 12th and 14th in the table who are separated by just two points. I expect Santa Clara’s attacking game to struggle due to the absence of Morita and I expect it to be another cagey match like their 1-1 draw on October 2 where the Azoreans went ahead in the 74th minute before conceding 23 minutes later to Vizela striker Cassiano.

Tondela came into the first leg of their Taça de Portugal semifinal on the back of four consecutive losses. They left Thursday’s match with a 3-0 win at home – the first time in 2022 that they scored more than two goals – and a comfortable lead going into next month’s return fixture. Pako Ayestarán’s side have struggled for form this season, but they are nevertheless 90 minutes away from reaching the first cup final in the club’s 88-year history.

The Auriverdes delivered a cathartic 3-0 victory against Mafra, currently eighth in the second tier, thanks to goals from Tiago Dantas, Manu Hernando and Neto Borges. Mafra will almost certainly be playing its football next season in the same division as Tondela’s next opponent: Belenenses-SAD.

Filipe Cândido’s side have lost two consecutive games and sit rooted to the bottom of the Primeira table with 15 points from 24 games, five points away from the relegation play-off spot and seven points away from safety. Only Tondela (47) have conceded more goals than B-SAD (45), but I think this victory in the cup should provide them with the spark they need going into a tricky relegation six-pointer at home.

Tondela have a wide array of creative, talented players such as Salvador Agra and Juan Manuel Boselli but have nevertheless been unable to unlock their potential at the Estádio João Cardoso. Maybe, just, maybe, this win against Mafra will serve as a wake-up call and kick them into shape ahead of a tricky month that will see them host relegation rivals Arouca and Belenenses-SAD as well as pay a visit to Marítimo and Porto. Maybe, just maybe, it’ll be enough to seal a place in the top-flight for the eighth straight year.

Sign up to Betfair and get a full refund if your first bet loses. Grab an account through the offer below and place £20 on the 12/1 Primeira Liga Best Bets Accumulator. Here are the two possible outcomes: