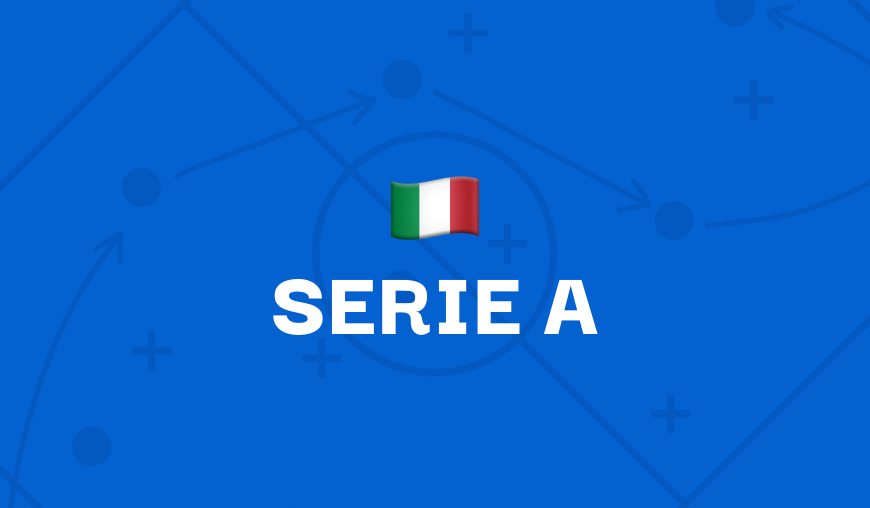 Sampdoria won’t be filled with confidence as they make the trip to the Stadio San Siro from Liguria for Sunday’s early Serie A kick off, having lost 66 times in the competition to AC Milan and only having a worse record against the Rossoneri’s cross-city rivals Inter.

Milan, though, will be raring to go again after hugely important back-to-back victories against both Inter and then Lazio, claiming a comeback win in last weekend’s Derby della Madonnina before thumping Lazio 4-0 in midweek to reach the Coppa Italia semi-finals.

Stefano Pioli will be urging his players to be attentive and warning them against complacency though, as Milan have picked up just one point from their last two home games, and the last time they failed to win three straight games at the San Siro came in April 2021, with the last of those matches being a 1-1 draw with Samp. Theo Hernandez won’t be able to celebrate his recent contract renewal with an appearance as he serves a suspension, but Fikayo Tomori’s return to the XI should see Milan add some extra solidity at the back, while Olivier Giroud and Rafael Leao are in fine form at the other end of the pitch. Pioli, as well, now has Ante Rebic to call upon and he’s likely to come off the bench at some point to inflict damage on a Sampdoria side that will be preparing to be up against it, even having shown improvement under Marco Giampaolo

History leans in Udinese’s favour as they make the relatively short trip to the Stadio Marc’Antonio Bentegodi on Sunday afternoon, having lost just once in their last 10 Serie A matches against Verona, but they’ve rarely met a Mastini side as good as Igor Tudor’s.

While the Zebrette have had the better of Verona in recent years, Sunday’s hosts have lost just two of the 17 games they’ve hosted against Sunday’s opponents, and for much of that the Gialloblu were acting as a yo-yo club and Udinese were a more established Serie A side.

Despite Verona being able to call upon the in-form Giovanni Simeone again, it’s hard to see there being too many goals in this one, as four of Udinese’s five games so far in 2022 have seen at least one team keep a clean sheet, losing 2-1 and 1-0, drawing 0-0, and winning 2-0 since their chaotic 6-2 mauling at the hands of Atalanta to start their year.

Of the five games Verona have played so far this year, however, only Juventus have kept a clean sheet, with both teams scoring in their games against Bologna, Sassuolo, Salernitana, and Spezia, of which Tudor’s side have come out on top on three occasions.

In a weekend that sees a lot of big games at the top in the title race and the battle for the Champions League places, there’s another high-stakes game at the bottom as 19th hosts 20th at the Stadio Luigi Ferraris.

Both Genoa and Salernitana have had woeful campaigns to date, and although the Grifone come into Round 25 placed three points above their hosts, their season has arguably been worse as they find themselves with just one win from 24 attempts and they’re already on their third coach of the campaign. Salernitana, for their part, have at least picked up three wins as top-flight newcomers.

While these two come into this weekend as the league’s lowest scorers, Salernitana have the leakiest defence in Serie A having conceded 55 times already, while Genoa have the third-worst defensive record, with only Empoli and Sunday’s visitors having conceded more than their 45 this term.

Each side being unable to defend should cancel out their attacking shortcomings this season and goals won’t come as a great surprise at Marassi, particularly not after Salernitana’s exciting 2-2 draw against Spezia on Monday. Genoa, though, have been involved in back-to-back goalless draws, so we’ll have to hope that they’ve been saving up the goals for this one.

Despite having started the season performing above all expectations, Empoli have slid into free-fall in recent months and their form has been so bad that a Cagliari win in Tuscany on Sunday could even spark real fears of a late relegation fight for Aurelio Andreazzoli’s men.

Without a win now since December 15, leaving them on an eight-game winless streak, Empoli haven’t fallen short for a lack of trying, as ahead of their stalemate last time out at Bologna, the Azzurri had scored in every single game they had played since a 2-0 loss to champions and leaders Inter on October 27.

Cagliari are enjoying a contrasting run of form to their hosts on Sunday, and will travel to the Stadio Carlo Castellani buoyed by their shock win away at Atalanta last time out, which came off the back of another impressive result in drawing at home to Fiorentina before the January international break. While Gaston Perieiro stepped up in Bergamo last weekend, Cagliari have Joao Pedro returning to the XI this weekend, which will come as a big boost in their attack.

The Sardinians left their escape from the relegation places until the last breathe last season, and Walter Mazzarri’s side will undoubtedly want to make a push up the table happen sooner rather than later. A win over Empoli could see them do just that, while also drag their hosts right into the fight.

One of the season’s most fun games could well come in Reggio Emilia and act as the perfect warm-up for the big Sunday night game in Bergamo, with Sassuolo playing hosts to Jose Mourinho’s inconsistent Roma.

Although Roma were held to a 0-0 draw at home to Genoa last time out, both they and Sassuolo blow hot and cold so often that they rarely throw up boring games, and they having something of a history for producing madness when they meet.

Their earlier meeting this season saw a Stephan El Shaarawy strike seal the points in the 91st minute, and they shared four goals in a 2-2 draw at the Mapei Stadium last season, while Sassuolo claimed a dramatic 4-2 win in this same fixture the previous campaign, losing that season’s away game by the same scoreline.

While there’s always a risk that Mourinho will set his side up to frustrate the opposition before anything else, Domenico Berardi, Gregoire Defrel, and Junior Traore should be able to cause problems for whoever starts in the Giallorossi’s backline, and Davide Frattesi’s late runs from midfield will pose a threat as well.

Defensively, few sides leave space to be exploited quite like Sassuolo do, and the Neroverdi’s approach might just play right into the hands of Tammy Abraham and co..

Atalanta’s win in Turin came as a surprise to nobody back at the end of November, but it’s hard to shake the thought that they’d probably rather be taking Juventus on away from home again this weekend rather than have to host the Old Lady in Bergamo.

Nobody has more points on the road than Atalanta’s 30 this term, but the Bergamaschi’s away form is Serie A’s 12th best and ranks behind Bologna, Udinese, Verona, and Torino, having picked up just 13 points from 33 available at the Gewiss Stadium.

AC Milan, Fiorentina (twice), Roma, and Cagliari have all left having taken maximum points at Atalanta this season, and Juventus will fancy their chances of doing the same having not suffered a single Serie A defeat since that loss to Atalanta on November 27.

With Dusan Vlahovic having played a part in Fiorentina’s league win at Atalanta back at the season’s beginning and his form since joining the Bianconeri, it’s hard to look beyond the Serbian and his new teammates being the happier of the two sides on Sunday night.

With just one loss and three draws from their last 14 across all competitions, Juventus look like they’re getting back to their best. Atalanta, meanwhile, are winless in four and look are clinging onto their place in the top four by their fingernails.

The Vincenzo Italiano derby takes place in a rare eye-catching Monday night game at the Stadio Alberto Picco, with the Fiorentina boss returning to the place where he really made waves in Serie A for the first time.

Boosted by a last-second Coppa Italia win at Atalanta on Thursday, La Viola will make the shorter trip to Liguria full of confidence and belief that they’ll make Italiano’s return to La Spezia a happy one.

With Krzysztof Piatek having scored twice in that win and doing reasonably well since coming in, Fiorentina will hope the Polish pistolero maintains that form and fans of Italian football will be expecting goals as they tune in for this, as Fiorentina’s six matches in 2022 have averaged 4.5 goals per game.

Spezia, for their part, are no strangers to entertainment and they played out a cracking 2-2 draw away in Salerno on Monday, and they’ll be no pushovers under Thiago Motta as they showed by winning away at both Napoli and AC Milan recently. Unbeaten in four and with just one defeat from their last seven, the Aquilotti might just fancy their chances against a Fiorentina side who could well be a little leggy after that hard-fought win in Bergamo.

Sign up to Betfair and get a full refund if your first bet loses. Grab an account through the offer below and place £20 on the 11/1 Serie A Best Bets Accumulator. Here are the two possible outcomes: