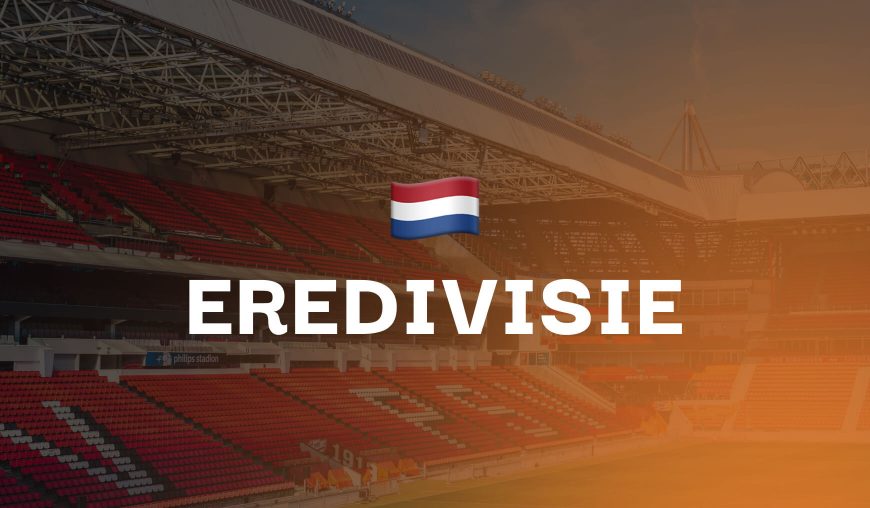 I have mentioned that mid-table sides in the Eredivisie are failing to pick up much rhythm in the battle for eighth place; NEC are another of the sides who could be earning themselves a European play-off berth, but have lost their last three on the bounce. I don’t think they have played that badly though; they are just lacking a bit of oomph in attack. They have failed to score in four of their last five now.

Goalkeeper Mattijs Branderhorst kept them in the game at Utrecht. It’s not the first time that he has been so valuable this season. Defensively they are still fairly resolute.

Go Ahead Eagles boss Kees van Wonderen said after his side’s home defeat to Vitesse: “It is difficult to accept that we cannot always be at the high level we have been playing at recently.” I too was surprised that the Eagles were unable to keep playing at the levels that they had escalated to following their marvellous cup run.

Unless some end-of-season freedom comes out, I see this being another low-scoring game this weekend (in a league of lots of goals)

AZ disappointed fans by dropping two points at Sparta last Saturday. Their fans demand more of a club that has been up the top echelons of the Eredivisie in recent years, though they have realised that recruitment last summer and in January meant that they wouldn’t be able to pip Feyenoord to third place. Although, at the moment, they won’t even make fourth, and a play-off battle for the Europa Conference League looks likely.

Ajax changed formation to a narrow-looking 4-2-2-2 against PEC, and it worked as they showed something slightly different to score three and keep the game well within their control. Three points here would go a long way to confirming their title win.

There isn’t much difference between a draw or a loss, and I can see Erik Ten Hag having one more tactical card up his sleeve to nullify AZ and get the goals ‘at good times’. We saw that already this season with Ajax beating AZ 0-2 in the Dutch Cup just when AZ were on the ascendancy. An open game suits Ajax and, whilst a clean sheet for Ajax won’t be easy, and the fact they are missing Ryan Gravenberch, Lisandro Martinez and Antony, they will turn it on for this game to win another impressive championship under Ten Hag.

Vitesse showed some good quality to score twice at Go Ahead last time out and some resilience to see out the result. Manager Thomas Letsch pushed Riechedly Bazoer into midfield because of injuries to Sondre Tronstad and Matus Bero; it worked particularly well with a beautiful assist onto Lois Openda’s head!

Heerenveen still seem to be much improved with their squad beginning to gel – exciting ahead of next season. I am sure that Amin Sarr and Sydney van Hooijdonk will cause Vitesse’s centre-backs some issues, but Openda is a dangerous striker to handle at the other end. With both sides having pacey forwards, surely whoever can handle their counter-attacks better will get the important goals to win. Vitesse should edge this if they can get Openda into some dangerous areas (as he is often the out ball) and then flood some players into the box to support the Belgian.

I am going to go with a refreshed Vitesse to get a positive result and both teams to score given that both sides have found clean sheets harder to come by in recent weeks.

Feyenoord produced a very ugly but effective defensive performance to see off Marseille. They are into the Europa Conference League final! They have been in good form in the league too as attentions now turn to this ‘topper’ less than 72 hours after ecstasy in France, where they booted everything away for a very long 95 minutes. Little was offered in an attacking sense, but Cyriel Dessers will be disappointed he couldn’t have made more of the counter-attacking opportunities that he had.

PSV could be seven points behind Ajax before kick-off, that is before the Amsterdam giants travel to play tricky opponents AZ earlier in the day. I think how PSV play could depend on whether Ajax win or drop points.

PSV had to play Erik Gutierrez in defence the previous Sunday, which doesn’t help tighten up a defence which may well have cost them the title. Injuries have been unkind to Roger Schmidt.

I think this will be a game of goals, especially when you consider Feyenoord’s energy levels going late into the game. What’s more, Schmidt has still not won against the Rotterdam club in the Eredivisie, and PSV have not beaten Feyenoord in the Dutch top flight since 2018.

Sign up to Betfair and get a full refund if your first bet loses. Grab an account through the offer below and place £20 on the 3/1 Eredivisie Best Bets Treble. Here are the two possible outcomes: