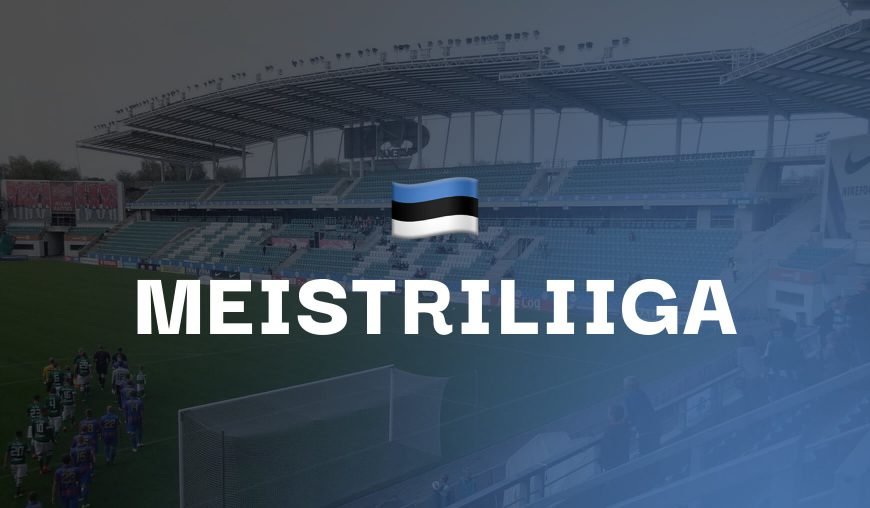 Tammeka have been a mixed bag all season, currently sitting in 6th place with 4 wins from 13 games they have put in some decent performances and have improved a huge amount from the disaster last season. 12 different goal scorers but the top scorer only having 2, it’s hard to say if that’s a good thing or not for Tammeka, having said that they have scored in 7 out of 13 games this season.

It’s hard to see where Kalev are going to get their next points from, after just losing 1-0 to Kuressaare in a very disappointing game neither side offered any quality at all – can they show up and get another result vs Tammeka?

Kalev have only scored 8 goals all season and have conceded the most goals in the league with a whopping 42 – an average of 3.2 conceded a game. However just two 1-0 defeats in the last two games shows signs of improvement. The defence is almost guaranteed to make a mistake at some point.

Games between these two are always close with the last three games being 1 Kalev win, 1 draw and 1 Tammeka win, in the last outing between the two Kalev won 1-0 but goals should have been plenty with the woodwork being hit multiple times. So, the bet for this game is O2.5 goals, Tammeka has a point to prove and Kalev need points – this should be end to end action.

Flora vs Kuressaare or Flora vs Flora B, Kuressaare are a feeder team for Flora and could have potentially up to 5 or 6 players involved against their parent club. It won’t change how Kure will set up for this one and they will line up as strong as possible.

Flora had a double whammy of unfortunate events last week, first being knocked out of the cup by Paide on penalties and then dropping their first points of the season in a 0-0 draw against Paide – Déjà vu. The draw against Paide ended an 11-game winning streak in the league and opened up the title race again.

It sounds crazy to say as Kure have won 4 out of 5 games but they are in a real drab bit of form right now – especially in the last three games. Struggling to convert chances into goals being the biggest struggle. It says a lot when the last three games have been up against the three teams amongst the relegation battle, very fortunate wins vs Legion and Kalev and a woeful display in a 3-1 defeat against Parnu. Kure will have no such luck against Flora and any mistake or missed chances will be capitalised by Flora.

Flora will be without their talisman and captain Vladimir Vassiljev who came off injured in the draw vs Paide, he has contributed to 10 of Floras 32 goals this season and his presence and leadership will be missed in the Flora midfield. Fortunately for Flora they have an abundance of talent and stepping up to replace Vassiljev can be an exciting opportunity for the younger players.

Flora won comfortably last time out vs Kure with a 3-0 win and can expect something similar this time out. Even without Vassiljev, Flora have multiple options attacking and are so solid defensively, that anything other than a Flora win will be a serious shock.

A battle at the bottom of the table sees Parnu take on Legion. Despite their standings in the league table, the young Legion side have started to play some decent football, picking up 7 points out of a possible 15 in their last 5 games. Parnu have lost 8 out of their last 9 games and will be hoping this is a game they can win, against another relegation threatened side.

Parnu are coming into this game after a 3-1 defeat to Tammeka, who themselves were in a horrible run of form. A game in which Parnu looked lacklustre and unmotivated, although they still managed to get themselves on the scoresheet, doing so in 63% of their games this season. Parnu also have some favourable fixtures approaching, Legion, Kalev and Narva, a perfect run of games to try get as many points as possible.

Legion had the pleasure of having the weekend off, due to Flora playing Dynamo Kyiv in a charity game. Flora would have no doubt beaten Legion, so now the opportunity to potentially win 2 games in a row for Legion, after an impressive 1-0 against Narva, is huge in their bid for survival.

The last time these 2 played, Legion won 3-0 in a comfortable performance at the Sportland Arena, with the two key players, Ivanov (2) and Domov grabbing the goals. This game will be played at Parnu Rannastaadion. Parnu have a loyal support with some of the best home attendeances this season. Their fans will be creating a hostile atmosphere for the travelling Legion players and fans.

Either team could win this game, Legion are playing better and in some decent form against teams in the lower half of the table, whereas Parnu are desperate for points and will have the home crowd behind them. This 2 sides have only faced off 4 times, 3 of those ended with both teams scoring, both teams will be looking for much needed points here, the best bet will be BTTS.

Paide vs Narva will be an interesting affair as both sides in the league have been quite disappointing. After the transfers made by Paide in the offseason many quietly whispered that a real title challenge was possible, yet they sit in 4th place with Kuressaare breathing down their necks.

Narva came into the season with great optimism but find themselves on a 6-game losing streak, including some embarrassing defeats along the way, limited options in defences hasn’t been helpful either.

The last 5 results between the two reads bleak for Narva as Paide have won all previous meetings, with Paide scoring 17 goals in those meetings. Aside from games against Narva, Paide have been gluttonous for goals all season, leading the league with 33 goals, averaging 2.75 goals scored a game. For Narva, only 50% of their games this season have O2.5 goals – form tells us that this one has goals in it.

But Paide are goalless in their last 3 games, albeit these are against the best two teams in Estonia, and up against the lesser teams’ goals do flow.

Narva had a cup semi-final to contend too but lost 1-0 to Nomme Kalju, managing just 2 shot attempts all game, it doesn’t add any optimism to them going into this game vs Paide.

The bet for this game is Paide -1, they have an incredible attacking threat and are even starting to be more solid defensively. Narva are in such bad form that it seems almost unlikely that they will offer anything in this game.

Levadia most recently beat Paide on Sunday, with a 1-0 victory, despite not having a single shot in the second half whilst being the home team, in what some would say, an unconvincing performance. Liliu scored the only goal of them, who will be hoping to add to his 5 goals this season.

Kalju were in cup action on Sunday, beating Narva Trans 1-0 to reach the Estonian Cup final. Another disappointing match which saw Slein sent off for Kalju, as well as Narva playing much of the game with 10 too. Kalju Top scorer Alex Tamm looks to be missing for Kalju for this tie, as he limped off the pitch during the semi-final match.

Kalju haven’t beaten Levadia in the last 8 games, with the last meeting between the sides ending in a 1-1 draw. Both teams have immense attacking threat, although the Alex Tamm injury will certainly hamper Kalju up front, although they have other goalscorers across the pitch, they also tight defences with 14 goals conceded between the two. Despite this, recent matches between these 2 have always produced goals, and 4 out of 5 last games ending with both teams scoring.

Sign up to Betfair and get a full refund if your first bet loses. Grab an account through the offer below and place £20 on the 17/2 Estonian Mesitriliiga Best Bets Accumulator. Here are the two possible outcomes: