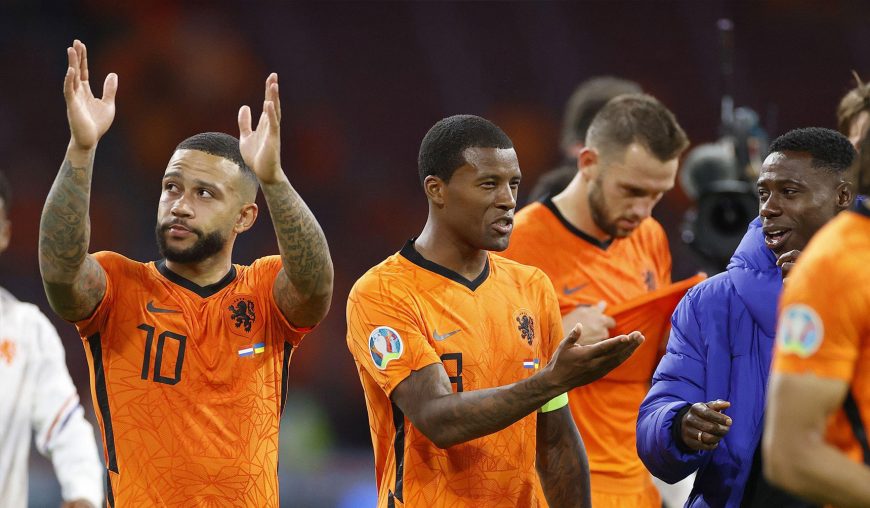 Just 3 days after Rob Page’s men booked their ticket to their first World Cup in 64 years, the Welsh side must return to the Cardiff pitch once again to play the Netherlands in the Nations League. With Wales likely still revelling in their recent success and the Netherlands enjoying an emphatic victory over Roberto Martínez’s Belgium in their last outing this game could be poised to see several goals, cards and anything else you could hope for a fixture played in this strange tournament.

On that note, it seems like it is a perfect fixture to sink our collective teeth into a bet builder, so I have pieced together my top 3 tips and predictions based on the stats from both these sides’ fixtures across all competitions as well as the usual pre-match cheat sheet and predicted lineups for anyone looking to place a bet on this game.

Wales certainly did not breeze through in their efforts to qualify for Qatar, it took a phenomenal Wayne Henessy performance in net as well as a controversial penalty decision to fall the way of the Welsh Dragons to secure a place at the World Cup. But the team and their supporters likely couldn’t care less and I’m sure the celebrations continued long into Sunday night. For that reason, I expect to see a rotated side in this fixture similar to the one that narrowly lost to Poland in their previous Nations League fixture.

However, this rotation should not be a concern to fans of the British side as the defeat to Poland is their only loss in 11 fixtures across all tournaments, and the side is currently unbeaten in 19 successive matches in front of their own fans since losing to Denmark in the inaugural Nations League. They will need to continue this trend if they have any chance of securing a result against the side that produced a ruthless attacking display in their last fixture to humble the side ranked second in the world.

Louis Van Gaal’s side will be full of confidence entering this match. The team is still unbeaten since that shock last-16 exit to the Czech Republic at Euro 2020, winning seven and drawing three in all competitions. As a result, Wales will need to perform well if they want to continue their impressive home form.

As previously mentioned, the Netherlands won seven of their last eight games and Over 2.5 goals has landed in five of those fixtures. In that time, they’ve won 6-1, 6-0 and 4-2 and they come into the Wales clash on the back of their 4-1 demolition of Belgium last Friday. This suggests that on their day the Dutch team has the capacity to score consistently and against a rotated side, they could once again humble another of FIFA’s high-ranking teams when they face Wales who sits 18th in the official standings.

Another example of the Netherlands’ lethal scoring capacity came in the World Cup qualifiers, where they averaged 3.3 goals per game in their 10 fixtures with players like star man Memphis scoring 12. If this incredible scoring form continues into this fixture then the selection will land without any resistance. Van Gaal could make a couple of changes to his starting XI but whatever side he puts out will have more than enough to beat Wales’ second-string line up, who will have been enjoying their World Cup heroics since Sunday night.

Equally, Wales are also a team whose games consistently see over 2.5 goals There have been three or more goals in 3 of Wales’ 5 games prior to the Ukraine win, with the other two games in that period seeing Over 1.5 Goals land. So, it is possible that Wales could find the net in this fixture through the likes of Brennan Johnson who looked lively when he came on against Ukraine on Sunday. Over 2.5 goals is priced at 1.85 on Paddy Power and looks to be a strong selection with good value.

As previously stated, Memphis was incredible for the Netherlands in their qualification run for the 2022 World Cup. Not only did he score 12 goals in just 10 games, but he also recorded 6 assists. Memphis is clearly the Netherlands’ main man under Van Gaal’s management featuring in every minute of every game in that qualification run and often being called upon to produce big goals to lift his side. In the previous fixture against Belgium, Depay found the net twice and I expect his international form to continue into this fixture.

Depay is very likely to start in this fixture with the side being allowed adequate rest between fixtures. The former United player will likely start up top alongside Tottenham’s Steven Bergwijn, this duo has caused a number of problems for teams facing the Dutch and when they travel to Cardiff this form should continue. Depay may have only netted 12 La Liga goals for Barcelona this season, however, his best form has come when playing for his country and with him producing a goal every 75 minutes in his side’s previous 11 fixtures Depay seems like a very strong candidate for a goal in this game.

Memphis Depay to score anytime in this fixture is priced at 2.0 on Paddy Power and with his strong scoring form, when playing on the international stage, coupled with Wales’s likely rotation to the side that secured victory over Ukraine this seems like a very solid choice in both value for money a likeliness of success.

This selection may initially seem counterintuitive to the direction I have suggested this match is likely to take in the previous 2 selections however, when looking at the stats this is a selection with serious value to it. For example, in 7 of their 10 qualifying matches, this selection landed with the side falling short of the target by just 1 in two of those games. These shots on target also often came from players who will feature in a rotated side. For example, Cardiff City’s Mark Harris averaged a shot on target per game as well as Kieffer Moore who found the target at an average of 0.8 times per match.

Wales’ talisman Gareth Bale will likely not start in this fixture but players like Brennan Johnson and Harry Wilson likely will. These two not only have a point to prove internationally but domestically as they were stand out players in their team’s promotion to the Premier League and want to prove they can perform at the highest level of football. Both players averaged 0.8 shots on target per game in the league and if they start I expect both of them to find the target in this fixture.

The Netherlands also consistently allow their opposition shots on target in their games. In their previous fixture against Belgium, despite losing 4-1 Roberto Martinez’s side still found the target 6 times with substitutes Batshuayi, Mertens and Trossard all finding the target. Similarly, in their two previous friendly games against Germany, they allowed their opposition 5 shots on target and 4 against Denmark.

Wales averaged 4.7 shots on target per game in the World Cup qualifiers and 2.8 in the Euros, this drop off is understandable against higher levels of opposition and if you feel that the side will be unable to meet the target of 4 in this fixture then 3+ shots on target is still good value at 1.44. However with the players that will likely feature for Wales looking strong in their previous outings as well as the Dutch side’s consistency in allowing opposition shots I personally will be backing Wales with 4+ shots on target as it represents significantly better value at 2.25 on Paddy Power and still has a very strong possibility of landing.

Back the 5/1 Wales v Netherlands Bet Builder below ⬇️

Sign up to Paddy Power and get a full refund if your first bet loses. Grab an account through the offer below and place £30 on the 5/1 Wales v Netherlands Bet Builder. Here are the two possible outcomes:

How to watch Wales v Netherlands in the UEFA Nations League