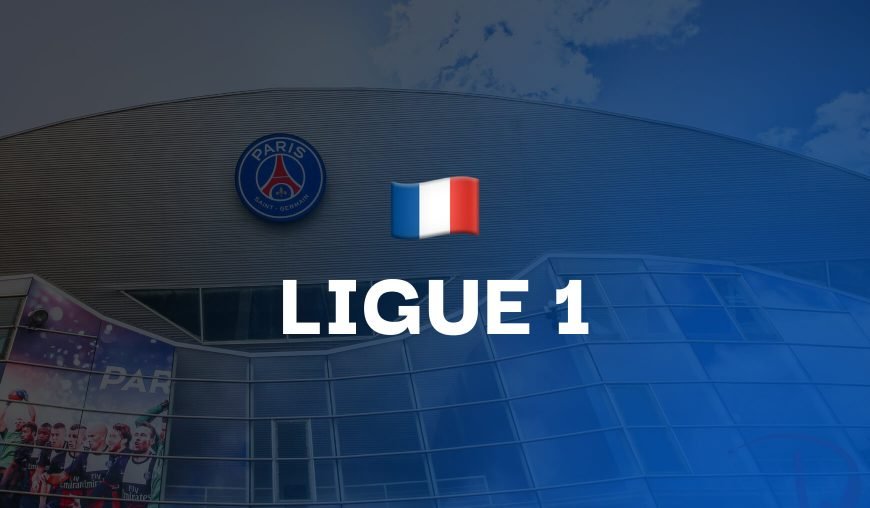 Bordeaux have a glorious chance to move closer to safety on Wednesday when they play host to Saint-Etienne, yet they will have to overcome the ghosts of a 6-1 defeat against Lyon on Sunday.

There will be a reshuffle in the Bordeaux rearguard. Goalkeeper Gaetan Poussin surely must make way for the more experienced Benoit Costil after making two calamitous errors at the weekend, yet this is unlikely to be enough to solve their defensive issues.

Indeed, this is a battle between the two clubs who have conceded the most goals in Ligue 1 this season – a stunning 139 across their combined matches. Meanwhile, they are both capable going forward. Bordeaux may have cooled off in recent weeks to some extent, but their 42 goals scored match the tally of fourth-placed Nice, while Saint-Etienne have netted twice in each of their last three Ligue 1 games.

Historically, too, this has been a fixture that has produced plenty of goals. All of the last three between these sides have yielded at least three, while 10 of the last 12 have produced that tally as aa minimum. When the teams faced off earlier this season, Bordeaux won 2-1, but it is the visitors who are better valued in this game, with X2 on offer at 1.53.

The stakes here may be higher than normal, but the bottom line is that both of these teams are far more accomplished going forward than they are trying to keep a cleansheet. Expect goals, especially if the visitors strike first.

Reims and Lille is a fixture that is unlikely to produce fireworks.

From the home side’s perspective, a draw would be an equitable outcome as they seek to edge their way ever closer to survival. Their best chance of getting a point against the defending champions is to put out a pragmatic team and head coach Oscar Garcia will not be afraid to do this. Indeed, Reims have stifled both Lyon and Montpellier to 0-0 draws in recent weeks with this tactic.

The hosts are still without their best two strikers in Hugo Ekitike and El Bilal Toure, and though Arber Zeneli is fit again, the Kosovo international is unlikely to see too much game time. Meanwhile, they boast a mean defence that has conceded only 35 goals – the best figure in the lower half of the league.

Lille, meanwhile, have only found the target 40 times, which is the poorest record of the top 10. Meanwhile, striker Burak Yilmaz has been struggling with a viral infection and Jonathan David has gone off the boil, scoring only once in 13 league games in 2022. Renato Sanches is also doubtful after picking up an issue at the weekend.

LOSC continue to perform well defensively. They had kept seven successive cleansheets prior to a 1-1 draw with Angers, which was followed up by a derby loss against Lens at the weekend. They will be aiming to bounce back from that defeat with a positive result – and conservative coach Jocelyn Gourvennec is likely to play for a one- or two-goal victory.

PSG have strong records against most Ligue 1 sides, yet against Angers they are especially dominant. The capital side post 13 successive victories over their midweek rivals, including wins by 4-0, 6-1 and 5-0 since 2019.

Travelling to Angers has typically been a little more complicated for them – last season they were only able to win 1-0 – but rarely have they made the journey west with an artillery in such strong form.

Admittedly Neymar, scorer of six goals in his last three, will miss out due to suspension, but Kylian Mbappe is playing the best football of his career presently and has finally struck up the type of understanding with Lionel Messi that was hoped for at the start of the season.

Crucially, PSG seem to have overcome their travel issues, too, with a 6-1 win over Clermont 11 days ago a spectacular return to form. Indeed, when they have won on their travels, they have tended to win big. Five of their last seven road victories have been by at least two goals.

Angers, meanwhile, remain a fragile side. Although they drew 1-1 with Nantes on Sunday, they rode their luck. Their xGA in that match was the third greatest in all of Europe’s Big 5 leagues over the weekend. PSG are unlikely to be as forgiving in front of goal as Nantes were.

The home side’s focus is likely to be on Sunday’s trip to Clermont, in which a victory would effective seal their survival in the top flight.

Goals should be on the cards when Brest host Lyon on Wednesday. These clubs have a long history of high-scoring matches, with the fixture between them in August, which finished 1-1, the first in five meeting that had not yielded at least three goals.

Lyon have the upper hand in this rivalry, but not as convincingly as might be expected. They are undefeated in their last 11 matches with Brest, but seven of the last 10 have been drawn. Indeed, during this run of 10 games, both teams have scored in all but one fixture.

That run is likely to continue at Stade Francis Le Ble in midweek. Brest are likely to be missing both starting defenders, with Christophe Herrelle banned and Brendan Chardonnet, who is also their captain, struggling with injury.

Meanwhile, Lyon clicked offensively at the weekend as they scored six times in a victory over Bordeaux. While their guests were certainly culpable to some extent, Moussa Dembele looked sharp, and if he regains confidence, Lyon will be an altogether more potent force.

For their part, OL struggle defensively. They have conceded in seven of their last eight Ligue 1 matches. They need to win this game to keep their prospects of Europe alive, and their best hope is to adopt an attacking approach in line with the principles of head coach Peter Bosz. This should set up an exciting game in line with so many previous meetings between these sides in the recent past.

Playing away at Lens is challenging enough at the best of times, but that is doubly so when the northern side have a head of steam up as they do at the moment. Lens are buoyant after a 2-1 derby victory over neighbours Lille, which have propelled them back into the thick of the European race. It was their first win at their neighbours in nearly 20 years.

Victory last time out was not a one-off either. A week previous, they had swept away Nice 3-0 at home, despite playing more than half the match with 10 men.

Three wins in their last four certainly signals something of a return to form on their part, which spells trouble for Montpellier, especially as the home crowd is liable to be large and fiery.

The visitors arrive, meanwhile, having shown next to no form in recent weeks. Since the beginning of February they have lost six of 10 matches.

Last weekend, they were only able to hold Reims 0-0 at home, and though they post recent away wins, these have come against Bordeaux and Lorient, two sides that have been heavily embroiled in the relegation battle.

Despite their recent struggles, it is unlikely they are going to travel north in search of a point. They have drawn just two away matches this season – and not a single one since the middle of September.

Look for this exciting Lens outfit to take advantage.

Sign up to Betfair and get a full refund if your first bet loses. Grab an account through the offer below and place £20 on the 16/1 Ligue 1 Best Bets Accumulator. Here are the two possible outcomes: