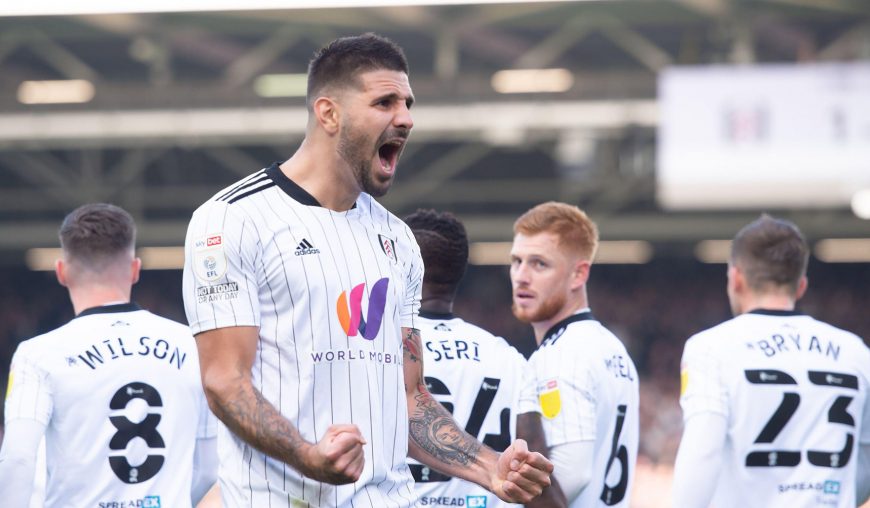 Two of the three sides relegated from the Premier League last season face off on Tuesday night as the side at the top of the table Fulham travel to the Hawthorns to face 14th placed West Brom. The Baggies have struggled in recent weeks under Steve Bruce, but with an uptake in recent form and Fulham approaching a return to the top flight, this could be a very interesting game. So, I have put together my top 4 Bet Builder tips along with a pre-match cheat sheet and predicted lineups for anyone looking to place a bet on this fixture.

A win on Tuesday night at The Hawthorns will see Fulham reach the 80-point mark in the Championship moving them one step closer to a Premier League return. Fulham now require just 14 points from their final 10 games to secure a return to the topflight. But they will keep one eye on second place Bournemouth who trail by 12 points with two matches in hand offering the only real title competition to the Lilywhites.

West Brom fought back from a two-goal deficit against Huddersfield in their last fixture to rescue a point. They remain in the 14th spot with the playoffs looking unlikely for The Baggies. If they can mount a charge in their remaining 10 fixtures, there remains a small possibility of avoiding a second campaign outside of the Premier League but a loss on Tuesday to the strongest team in the league this season would certainly not help their chances of promotion.

Matt Donohue has the 4th highest average cards per game for Championship referees who have officiated at least 20 games this season. He has given out 114 yellow cards in 26 matches this season at an average of 4.23 per 90. If this trend continues then this game could see a high number of cards, as it has done previously. The last time these two sides met in October, 5 cards were shown including 2 reds.

When playing away from home Fulham’s opposition averages 2 yellow cards per game having received 34 from 17 games. This would seem to suggest that West Brom have a high possibility of receiving 2 cards in this match as they did in the reverse fixture when they were shown 4. Equally, in 36 games this season West Brom’s players have been shown 67 yellow cards. Picking up at least 2 in 4 of their last 5 games.

West Brom to receive at least 2 cards in this match is priced at 1.5 on Paddy Power and with the averages this season combined with the high number of cards their players pick up, shown in the cheat sheet, there is a strong possibility this selection will land.

In games involving Fulham this season, 364 corners have been taken at an average of 10.11 per game, the 4th highest in the league. This would seem to suggest that the potential for over 10.5 corners per game as a selection for this fixture would be a good choice. However, Fulham allows the least corners of any side in the league with their opposition taking an average of just 3.75 per game. As a result, I find it difficult to suggest this as a selection, despite West Brom taking 5.81 corners themselves in the league games this season as I’m concerned that they may be limited in this fixture.

So, the selection I have gone for is Fulham to have over 4.5 corners in this game. They have taken the highest number of corners in the league this season averaging 6.36 per game. Over 4.5 corners per game is valued at a very reasonable 1.6 on Paddy Power considering the number of corners Fulham have averaged this season. West Brom also concede 4.35 corners per game at home this season which although low is likely to rise when facing such strong opposition.

Fulham take a league-high average of 6.22 shots on target per game in the Championship this season. Significantly higher than any other team in the league with no other side even averaging 5. This high average is in no small part to the quality of their players, Aleksander Mitrovic alone averages 2.15 shots on target per game this season having already scored a record-breaking 35 goals this season. However, the team is not reliant on Mitrovic with quality coming in all areas of the pitch. An example of this is Fabio Carvalho who averages 1.24 shots on target.

This selection has landed 7 times in Fulham’s last 10 fixtures. Suggesting if this trend continues Fulham to have at least 5 shots on Sam Johnston’s goal has a strong possibility of landing. In recent fixtures, Fulham has had as high as 11 shots on target against Peterborough and Birmingham if they take a fraction of that on Tuesday the selection of 5 or more shots on target will land at a healthy 1.91 on Paddy Power.

Despite being defensively sound for the vast majority of this season Fulham have had spells in which they have conceded a high number of shots on target. In 4 of their last 6 games, their opposition has had the required 3 shots on target and against a side that averages 4.33 shots on target in West Brom, this selection is likely to hit again.

This selection has landed in 7 of West Brom’s last 10 Championship fixtures. This is promising for the selection alone. But what makes this even more promising is that during this period West Brom failed to score in 5 consecutive games. Suggesting that the chances of this selection landing does not hinder on West Brom’s ability to score, a feat they may find difficult against Fulham.

West Brom to have at least 3 shots on target in this fixture is priced at 1.36 on Paddy Power and if successful it will offer a strong odds boost to our overall bet builder.

Sign up to Paddy Power and get a full refund if your first bet loses. Grab an account through the offer below and place £30 on the 6.5/1 West Bromwich Albion v Fulham Bet Builder. Here are the two possible outcomes: