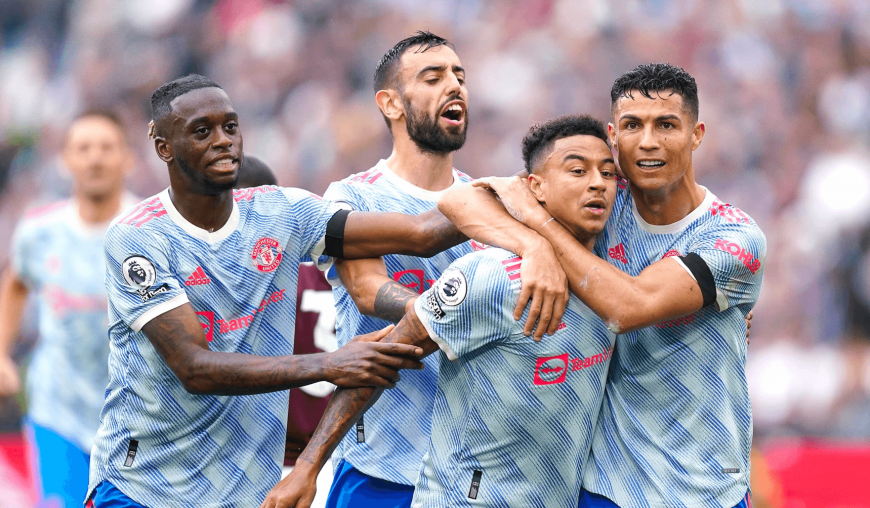 The Premier League table is really starting to take shape with us now 5 games into the new season. The big boys are all amongst it at the top as you would expect with Chelsea, Liverpool and Man United all tied on 13 points at the top of the table. Next up is Brighton who sit 4th and are finally getting the results their performances deserve and Man City are only ffth after their surprising 0-0 draw with Southampton last weekend. Elsewhere, Arsenal are now into the heavy heights of 13th place after back-to-back 1-0 wins which will ease some of the pressure on Mikel Arteta. The bottom three isn’t overly surprising with Norwich, Burnley and Newcastle currently in the drop-zone and in all honesty I wouldn’t be surprised to see those 3 face the chop come May. I have put together a few things you should know regarding all 10 of the games this weekend that should help you with your own bets as well as my prediction on how I expect the game to go, hope you enjoy!

Some game to kick off the weekend isn’t it? As the two favourites for the title this season go head to head at Stamford Bridge. Chelsea have been a juggernaut so far this season only dropping points at Anfield where they drew 1-1 having played almost the entire second half with 10 men. City have had a bit of a mixed start having lost away at Spurs on the opening day and most recently could only draw 0-0 at home to Southampton.

Not even the bookies can call this one with both Chelsea and City almost an identical price to win the game. For me this is the two best teams in the country clashing horns and one of these sides will be champions in May which makes this game absolutely massive. In a way, given the magnitude of the game I feel both may settle for a draw here and maybe scared to chase the win and I fancy it to end 1-1 at Stamford Bridge.

Alongside the Chelsea game in the early KO we have another belter at Old Trafford as Man United host Aston Villa. Despite their disappointing result away at Young Boys in the UCL, United have started the Premier League season well and could go top this weekend with a win here. Villa meanwhile after a mixed start to the season so far, were fantastic at the weekend in their convincing 3-0 win over Everton and will be in high spirits going into this one.

Think this has the potential to be a very entertaining fixture with two sides who like to play on the front-foot and are encouraged to play attacking football. United seem to have a new ruthless streak installed in them since signing Ronaldo and I fancy them to edge Villa out in a goalsy encounter. 2-1 United win

To the King Power next as we head into the 3pm kick-offs Leicester host Burnley with both sides in desperate need of 3 points to boost confidence after poor starts to the campaign. After an impressive transfer window, I like many others expected big things from Leicester this season and although it is still early they are yet to really get going so far this season. Burnley meanwhile have picked up just 1 point from their 5 games played and sit firmly in the relegation places heading into this one.

Sean Dyche continues to achieve well over the odds at Burnley given his limited transfer kitty and pretty average looking squad. Feel like this season could be the one where they face the drop but you can never write off Dyche or Burnley so we will have to wait and see. I don’t see the Clarets getting anything this afternoon away at a supremely talented Leicester outfit. They are sure to come good and I feel this game will be the start of their renaissance as they seal a comfortable 2-0 home win.

Despite the season being just 5 games old, you really have to worry for Norwich who just can’t buy a win at the moment. It is now 15 straight losses in the Premier League taking into account the last time they were in the league which is a very worrying statistic. A 3-0 midweek League cup drubbing by Liverpool will have done little to improve the mood at Carrow Road. Everton made a flying start to the Premier League but were brought down to earth with a bang last weekend as they were humbled 3-0 at Villa Park.

Neither side are exactly in the best of form or moods going into this one with Everton missing numerous key players and Norwich looking a bit of a mess. Not expecting a classic on Merseyside but Everton should still have enough to get past a Norwich side who look likely to face immediate relegation back to the Championship. 1-0 Toffees my prediction for this one.

Another side who haven’t quite got going so far this season is Leeds United. Marcelo Bielsa and his team will be keen to ensure they don’t suffer from second-season syndrome and will be keen to earn their first Premier League win as soon as possible. West Ham in comparison have had a fine start and will be bitterly disappointed they weren’t able to earn at least a draw against Man United last weekend with Mark Noble missing a last minute penalty. The Hammers have made a fine start in Europe too, winning their first Europa League game with relative ease as they saw off Dinamo Zagreb 2-0.

Leeds are struggling a little this season and if they have as many absences as are predicted then they could well struggle against a very good West Ham side. Antonio returns which is a huge boost for the visitors and I struggle to see how a defensively depleted Leeds cope with him at the moment. Fancy this to be a bit of a belter as is often the case when you watch Leeds with West Ham edging out a narrow win 1-2.

A big game at Vicarage Road where two teams who are expected to fight against relegation this season clash horns. Watford have made a good start to life back in the Premier League and their win against Norwich last weekend opened up a healthy 4 point gap between themselves and the bottom 3. It isn’t looking so rosy at Newcastle where the Magpies have picked up just a couple of points from their opening 5 games. Feels like this is a massive game, particularly for Newcastle to potentially kick-start their season.

Tough game to call as two inconsistent sides go head to head. Watford have looked the better side this season and without Wilson Newcastle are still lacking a goal threat. Fancy Watford to just about edge this one 2-1.

The evening kick off takes us to West London where two sides who have massively impressed so far this season go head to head. Alongside Chelsea, I would say Liverpool have been the most impressive side in the Premier League so far this season. They have gone under the radar somewhat due to their slightly underwhelming league campaign last season (where they finished 3rd) but with the return of VVD, Gomez and Matip from injury look like they really mean business once more. The Bees have been similarly impressive and made a brilliant start to their first season back in the big time since 1947. Their win at Wolves last weekend took them up to 9th in the table and I fancy them to give it a real go here against Liverpool.

No doubt it will be a tough game for Liverpool against a very capable and well managed Brentford side. However, I think the Reds look different class at the moment and are simply breezing past everyone in their path. Salah will likely prove the difference maker once more and I fancy the visitors to win 0-2 in this one.

On we go to Sunday’s fixtures then where we start on the south coast as Southampton host Wolves. The Saints will be buzzing having picked up a very unexpected point at the Etihad last weekend as they held Man City to a goalless draw. Meanwhile the same problems are persisting at Wolves, performances have been decent but they just can’t seem to get results at the moment.

Southampton have shown great resilience, particularly in recent weeks picking up impressive points against both West Ham and Man City. Another tough test today against Wolves who are better than their current league standing suggests and I fancy this one to be a bit of a stalemate. 1-1 draw.

Another massive game this weekend to finish our weekend as Arsenal host Spurs in a North London Derby which almost always guarantees goals and drama. Neither side have exactly looked great this season but Arsenal enter this with a bit of momentum following three straight wins and no goals conceded. Spurs following a promising start to the season have really fallen off in recent weeks but will be pleased to have seen off Wolves in the league cup in midweek.

Arsenal have the momentum and with a fully fit squad available, I expect them to edge this one. Son and Kane will be a huge threat on the counter and I fancy Spurs to score but Arsenal will have the fans behind them and have a good record against Spurs in NLD’s, particularly at home. 2-1 Arsenal win is my prediction for this one.