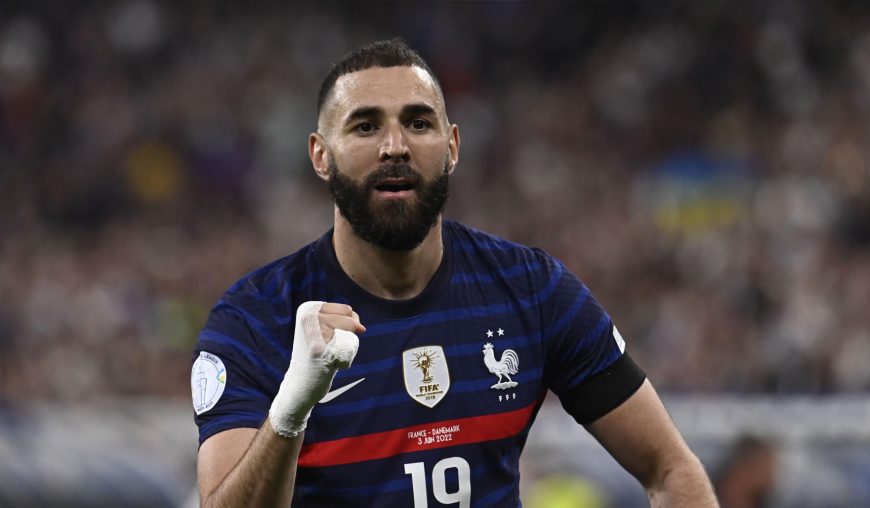 France travel to the Ernst Happel Stadion in Vienna on Friday night, Still searching for their first Nations League win of the 2022-23 campaign. Manager Didier Deschamps will celebrate ten years in charge of France next month, but the celebrations will be rather muted if the French side continues their current form having only claimed only one point from their opening two games in League A Group 1.

With this being an important game in turning the tides of Les Blues’ form I have pieced together my top 4 bet builder tips and predictions based on the stats from both these sides’ fixtures across all competitions as well as the usual pre-match cheat sheet and predicted lineups for anyone looking to place a bet on this game.

After electing to decline the transition from Manchester United manager to a consulting member of the backroom staff, Ralf Rangick made the perfect start to life as an international manager with a 3-0 victory against Croatia. However, his team was not able to carry this success into their next Nations League fixture as the side who were promoted from League B of the Nations League in 2020-21 failed to make just 1 of their 17 shots count in a 2-1 loss to Denmark.

Rangick will hope his side can re-find their scoring form against a French team that has looked poor considering the calibre of players in their squad. Although, It is unclear how these sides will match up against one another as these teams have not met since a World Cup qualifier back in October 2009 when the Austrians lost 3-1 in Paris, so this could prove to be an interesting fixture.

France entered this tournament on a seven-game winning streak across all competitions so hopes were high within the team’s camp that they could perform well in a relatively easy group. However, this has not been the case with the side picking up just 1 point from their first two fixtures against Denmark and Croatia. This start may have been underwhelming for the current World Champions but their unbeaten run away from home currently stands at 15 matches in all competitions so they will be confident in their ability to secure 3 points in this fixture.

Austria have been fairly prolific in front of their home crowd in recent matches as they have netted 11 times in their last four internationals on home soil. In fact, in their 11 qualification games for the World Cup, they averaged 1.8 goals per game and 7 of those games featured over 2.5 goals. This is in part down to their goal-scoring ability but also largely due to their poor defence as they conceded 2 or more goals in 5 of those qualification games. Clean sheets have been hard to come by as they have conceded in each of their last six games on their own turf and I expect France to take full advantage of that.

In France’s 8 World cup qualifying matches they produced 18 goals at an average f 2.3 goals per game, an average that alone is just below the required rate for success with this selection. Like Austria, many of their games have featured 3 or more goals with the selection landing in 10 of their last 17 fixtures across all competitions.

France will also be bolstered in attack for this fixture as Kylian Mbappe who was not involved on Monday as a precaution after sustaining a minor knee injury against Denmark, will likely feature on Friday, while Karim Benzema and Antoine Griezmann could also return to the first XI after beginning on the substitutes’ bench last time out. These players combined for 14 of the 18 goals scored by the French side during World Cup qualification and are a vital part of Didier Deschamps’s attacking system as a result I expect them to combine for 1 or more goals in this fixture.

Over 2.5 Goals is priced at 1.95 on Paddy Power and with both these sides’ tendencies to produce goals coupled with Austria’s defensive difficulties this selection has a high chance of success in this fixture

In the 8 matches, France played during qualification for the World Cup they averaged 6.5 corners per game with the side failing to reach the target of 5 corners in just 3 of those matches. This would seem to suggest that France frequently takes a high number of corners during their fixtures, this sentiment is supported in their last 13 matches where this selection has landed 8 times at a success rate of 62%.

In both of the previous games Austria have played in this Nations League they allowed their opposition to take 5 or more corners. In their first fixture, Croatia took 7 corners and in the second Denmark took 5. If this trend continues into this fixture then the selection of over 4.5 French corners has a high possibility of landing and priced at 1.8 on Paddy Power it offers a good return on investment, especially when considering the high number of corners France already average per game.

Austria to have 3+ Shots on Target

As previously mentioned, Austria are no slouches in front of the goal, especially when playing at home scoring 11 times in their last four internationals at the Ernst Happel Stadion in Vienna. For this reason, I fully expect them to find the target on at least 3 occasions in this fixture. During their 11 World Cup Qualification games Austria averaged 5.4 shots on target per game whilst taking 16.4 shots per 90. Similarly, during the Euros against consistently stronger opposition, they still managed to average 3.5 shots on target per game which may be a drop off from the World Cup qualifiers but if met it would still be enough for this selection to land.

During the two previous Nation League games, they achieved the goal of 3 shots on target comfortably against Croatia where they forced Ivusc into making 6 saves and scored 3 goals. Unfortunately, against Denmark they were only able to find the target once however, they still took 17 shots so had they been slightly more accurate with just 2 more attempts this selection would also have landed.

France are a very defensively sound side, which is the reason I have elected not to back Austria scoring in this fixture, despite a very high possibility that they will, however, they do still allow their opposition a number of shots on target in each game.

For example, in both of their first two Nations League games, their opposition achieved the 3 required shots on target which is to be expected given the result of the game and the calibre of the opposition but interestingly in a recent game against the side ranked 125th in the FIFA world rankings, Kazakhstan had 3 shots on target despite losing 8-0.

This suggests France often concedes a number of shots on target in their games irrespective of the standard of the opposition.Austria 3+ Shots on Target is priced at 1.44 on Paddy Power and will offer a small but not insignificant boost to the overall odds of this bet builder.

Prediction: Austria to have 3+ Shots on Target

Although France’s Nations League campaign has not begun as expected I think they are likely to turn around their fortunes in this fixture. Deschamps is set to make a number of changes to his starting lineup, which could see N’Golo Kante returned to the side along with goalkeeper Hugo Lloris, Lucas Hernandez and Jules Kounde. These players will strengthen the French side massively and this is failing to mention the likely return of Kylian Mbappe, Karim Benzema and Antoine Griezmann.

Austria have performed well against the other sides that feature in this group but against a side that is this strong with this standard of players returning, I just can’t see them winning this fixture.

Prior to the start of the Nations League, France had not lost a single game in regular time since November 2020 and in a match where they need a win to stand any chance of topping their group, I think their players will produce the goods.

I am hiding behind the possibility of a draw slightly with my selection as Austria have shown very good home form in recent fixtures however, the selection of a France win is good value at 1.75 for anyone looking to have an individual bet or increase the odds of this bet builder. However, for this selection, I feel we stand a higher chance of success by backing France double chance at 1.14 on Paddy Power.

Back the 6/1 Austria v France Bet Builder below ⬇️

Sign up to Paddy Power and get a full refund if your first bet loses. Grab an account through the offer below and place £30 on the 6/1 Austria v France Bet Builder. Here are the two possible outcomes:

How to watch Austria v France in the UEFA Nations League