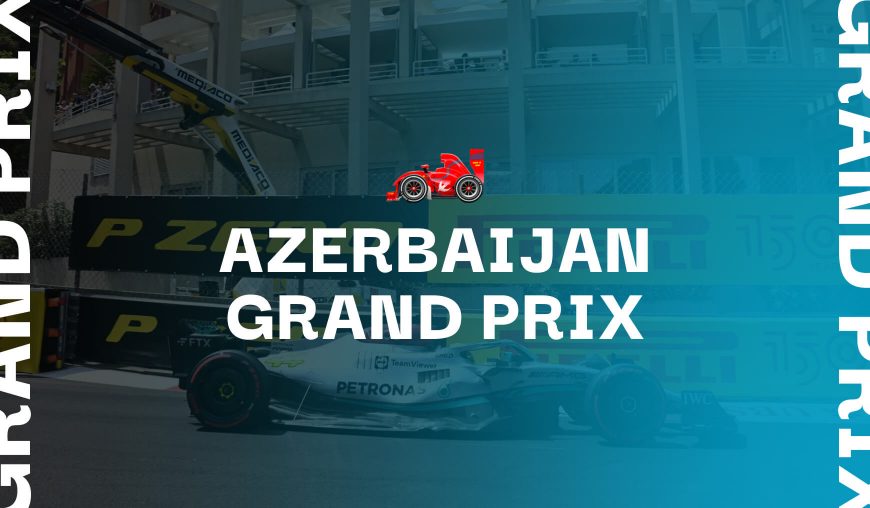 F1 is back in Baku this weekend for the Azerbaijan Grand Prix. A relatively recent addition to the calendar, the track sees the cars race down the Baku Boulevard past grand and historical buildings on a classic street circuit configuration, full of 90 degree turns, dead-end run-off areas and lengthy straights. The final start/finish stretch of the 6.03km track (the 3rd longest of the season) is a gently meandering section which leads down toward the pit entry, and provides a frightening challenge as everyone’s throttle is fully open, meaning top speed can be held for an impressively long time. Unlike the most famous of the street circuits, Monaco, Baku affords plenty of overtaking opportunities, and race-day top speed will be a crucial factor for every team, with that final straight the best place to slipstream a rival, as long as you can still make the tight exit of the sweeping left-hander at turn 1, where Lewis Hamilton infamously suffered by going straight on after activating an unwanted setting near the conclusion of last year’s race.

Even with passing places, it shouldn’t be forgotten that barriers directly line the track, add in some blind crests and unsighted entry points to corners, and tiny errors become just as costly as they are in Monte Carlo; Romain Grosjean even binned his Haas from a points paying position under the Safety Car a few years back when “Ericsson hit him”… or not! With no room for error, and crashed cars staying on track, those Safety Cars phases are a common occurrence, and winning from pole to flag or defending a previous win has tended to prove difficult in Baku, with big names suffering punctures, and less heralded names often getting in the mix come champagne-popping time after a successful strategy gamble or simply a lucky break.

Both Red Bulls on the Podium

Charles Leclerc sped to an excellent Pole Position early on Saturday evening, and Ferrari appear to have the marginally quicker package in Baku. However, in Friday’s running, it was clear to see that the prancing horses were losing out in straight line speed, something which was very costly at the end of the lap. They managed to reduce that deficit as the weekend wore on, however it should still mean the Red Bulls find it marginally easier to overtake with DRS than the Ferraris do. We can definitely expect a number of the top drivers to change places throughout the race, but as long as they keep their noses clean and avoid reliability issues, the two Red Bull drivers should have enough pace, passing potential – and in the case of Perez, red hot form – to stay in the top three for the whole race, and make light work of cars that may end up in front of them during the pit stop phase.

In a topsy-turvy race, where Safety Car periods are likely to play into some people’s hands and cost others dearly, the former World Champions are well-placed to push up the order. Alpine appear to have one of the fastest packages this season but they’ve struggled badly to make the most of it, yet Fernando has still shown his pedigree on several occasions this year, and he’ll be pushing with a more than realistic chance for points on Sunday, trying to take advantage of any drivers ahead struggling with their tyres and improve on his p10 start. Sebastian Vettel is a Baku specialist in a way, having never finished outside of the top four. Whilst continuing that run will be extremely unlikely in the sluggish 2022 Aston Martin, he still has enough nous to extract a good haul of points, and he clearly feels comfortable racing around the Baku Boulevard. When it comes to profiting from changing conditions and Safety Car uncertainties, these two drivers with six titles between them have all the experience and racecraft needed to keep their heads and deliver the points on Sunday.

Tip: Vettel and Alonso to outplace their teammates and finish in the points @ 2.75

Safety Cars have been mentioned several times already, because they always seem to crop up to add some spice to the action in Baku. After high speed tyre blowouts and a dramatic restart last year, the Safety Car phases added even more excitement to the race, and they’re likely to do so again in 2022. Three is a bit of a stretch, but it has happened before, and there may be good value to be found in rooting for a heavily disrupted race with Bernd Mayländer at the head of the field three or more times. Several drivers have proven to be crash risks this season, Stroll already whacked the barriers in qualifying, and although other drivers such as Latifi and Schumacher are under strict orders not to have an accident this weekend, there’s still no way to avoid the fact that there are barriers everywhere, the cars are sliding around more than usual this year, and when the pressure of the race heats up and multiple cars are going for one apex, there are bound to be some collisions. Most crash scenarios, and even some mechanical retirement failures have a high likelihood of triggering the SC signs given the layout in Baku, and with accidents and reliability problems a regular feature in this early phase of the season, perhaps we will see the Safety Car having a very busy day indeed.

Both Red Bulls on the Podium

Sign up to Paddy Power and get a full refund if your first bet loses. Grab an account through the offer below and place up to £30 on the Azerbaijan Grand Prix. Here are the possible outcomes::

How to watch The Azerbaijan Grand Prix