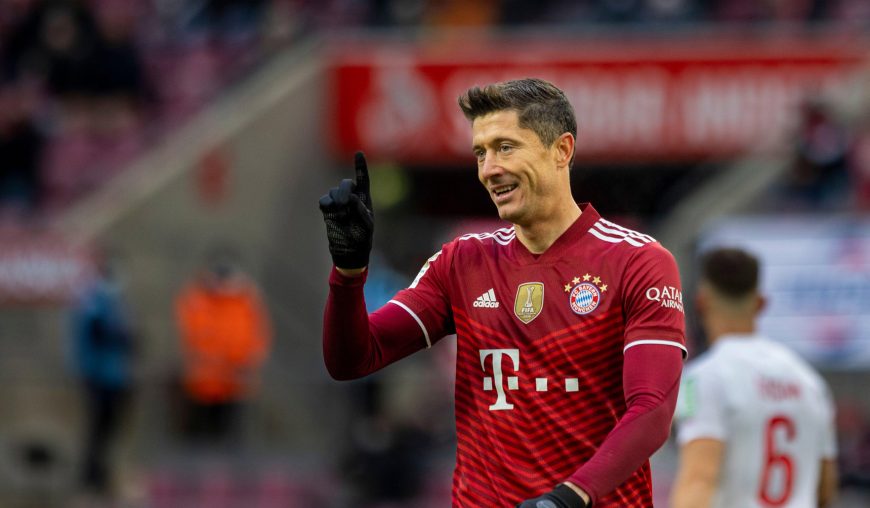 Salzburg put in an impressive performance in the first leg of this tie with Bayern Munich. As a late Kingsley Coman equaliser stopped the Austrians from securing a historic victory over the side that had not lost in 21 away games in the Champions League. With the tie finely balanced at 1-1, I thought I would have a look through the statistics and put together my 4 best Bet Builder suggestions. I have also put together a pre-match cheat sheet based on the two sides’ domestic performances. However, if you would like to see the stats for these sides’ European fixtures this season remember you can use the cheat sheet tool on the website.

Bayern were far from their best in the reverse fixture. However, with the result making it 22 away games in the competition without a defeat there is still a positive to take from the game and they will fancy their chances of finishing the job in front of their own fans when Salzburg travel to the Allianz on Tuesday night. The Bundesliga champions won all six of their Group E matches this season bettering last year’s campaign in which they drew once. The team are playing in the knockout round of this competition for the 18th time and have actually reached the quarter-finals or better in nine of their last 10 seasons.

Although Salzburg have been very strong in the league and have performed well in this competition so far it would be a major shock if they were to overcome the Bavarians and reach the quarterfinals in their debut knockout campaign.

Bayern Munich to Win with Handicap (-1)

The Austrian team had a very good performance in the first leg shocking many. However, I think it’s unlikely they will be able to replicate that performance. Especially with their away record in the Champions League this season, they only picked up one point on the road during the group stage, a concerning record ahead of their trip to Allianz Arena, where Bayern have won all five of their home games in Europe against Austrian opponents. Salzburg have also lost 9 of their last 15 European matches away from home, while they have been beaten in six of their last nine games in Germany, recording just two wins in the process.

Although Bayern’s form isn’t as strong as you’d expect from the Bavarians, coming into this game having drawn 1-1 with Leverkusen on the weekend. Their record on home turf in the Champions League is nothing short of outstanding with nine wins over their last 10 in the competition. The last time these two sides met at the Allianz Bayern won 3-1 despite being a man down for the final third of the game and it is likely there will be a similar scoreline this time around with Bayern winning by at least 2 goals.

Bayern to win with a handicap of -1 is priced at 1.53 on Paddy Power and with the home side being favoured so heavily by bookkeepers this selection is a strong way to boost the odds on a win for the Bavarians.

Although Bayern’s home form in the Champions League is nothing short of exceptional, they have only kept three clean sheets over their last 10 games at home and face a Salzburg side who have scored nine over their last five games. Salzburg are also unbeaten over their last 9 matches only failing to score once since November, having scored a league-high 50 goals in their 22 matches.

Equally, the loss of Manuel Neuer, who has been absent from the Bayern squad after having undergone knee surgery will not help the situation. Although Sven Ulreich is a strong replacement with Bayern historically not valuing a clean sheet as highly as the win and Salzburg’s strong form in front of goal, I expect them to find the back of the net at least once in this fixture. Both teams to score is priced at 1.67 on Paddy Power and if the selection lands it will offer a very healthy odds boost to this and other Bet Builders.

I doubt this selection will come as a shock to many of you, Robert Lewandowski has been quite simply one of the best players in the world over the last few seasons and his Champions League form reflects that. In the Champions League winning 19/20 campaign, Lewandowski scored 15 goals in just 10 games. Unfortunately, in the 20/21 campaign, he scored only 5 in 6 but that was a particularly poor tournament for Bayern as they got knocked out in the quarterfinals. However, even then he still scored 3 goals in the two matches against Salzburg and with him having already scored 9 in this season’s Champions League he could well find the target against the Austrian side again.

Equally, Lewan’s domestic form has been strong again this season, in just 25 games he has already scored 28 goals and looks on track to reach over 30 in the Bundesliga for the 3rd season in a row. Lewandowski is priced at 1.3 to score anytime on Paddy Power although the odds are short for this selection if successful it will offer a nice boost to the overall odds of this bet builder.

However, if you would like a higher odds selection with a strong possibility of success, I would suggest you investigate Kingsley Coman to score anytime further. Coman secured the draw for Bayern with a last-minute goal in the reverse fixture and the Frenchman has been directly involved in a goal in each of his last four appearances in the Champions League (two goals, two assists). Equally, in the home game against Salzburg last season, the 25-year-old was involved in two of the three Bayern goals scored (1 goal and 1 assist).

If you use the cheat sheet tool on the Andy’s Bet Club website, you will see there is a clear frontrunner for fouls per game in this fixture. Nicolas Seiwald has averaged 2.71 fouls per game having played every Champions League fixture for Salzburg this season. For context, this is 0.71 higher than the next closest player Tanguay Nianzu who has only played 3 matches at an average of 62 minutes per game in the competition.

Seiwald features on the left of midfield with much of his duties focusing on the opposition’s wingers. With Bayern’s wingers enjoying switching sides during the 90 minutes, Seiwald will likely match up against both Coman and Gnabry during this game. Coman as previously mentioned is in strong form and Seiwald may need to resort to slightly cynical means if he is to halt the progress of the Frenchman, this may offer an avenue for Seiwald to pick up a card.

However, to be frank with the talent in Bayern’s squad Seiwald may pick up a foul for a challenge on any of Bayern’s attacking players, who as you can see from the cheat sheet pick up a large number of fouls. Seiwald is priced at 3.0 to be shown a card on Paddy Power and with the strength of his opposition on Tuesday combined with his propensity to commit a high number of fouls, shown in the reverse fixture where he picked up 4, there is a strong possibility of this selection landing.

Sign up to Paddy Power and get a full refund if your first bet loses. Grab an account through the offer below and place £30 on the 11/1 Bayern Munich v RB Salzburg Bet Builder. Here are the two possible outcomes: