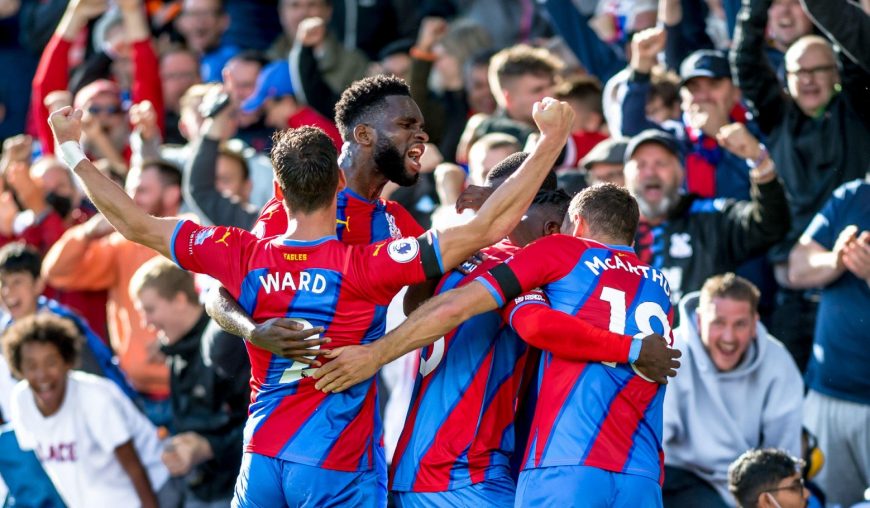 Brighton host Crystal palace in the ‘M23 Derby’ at The Amex as both sides return to Premier League action on the back of FA Cup wins last weekend. Despite there being some distance between the two sides, there is a fierce rivalry and hatred between the clubs dating back to the 70’s.

Both teams go into this feeling the effects of AFCON with key players out, with Brighton missing Bissouma in midfield who has had an excellent season so far and Sarmiento also on international duty. Crystal Palace are without their main man Wilfred Zaha and will be without the services of Kouyate and Jordan Ayew due to their AFCON duties as well. Brighton will also be without their skipper Lewis Dunk as he recovers from a knee injury. Conor Gallagher is back for the Eagles though and inform Olise will look to cement his place in the starting line-up after the youngster’s brilliant performance in the FA cup.

I have listed my selections below with research for each selection in this Bet Builder that is coming in at around 6.86.

Both Teams To Score

As well as this fixture being a feisty affair, it usually doesn’t disappoint in the goals department either with both teams scoring in the last 3 meetings between these two rivals, including the 1-1 draw earlier on in the season thanks to Maupay’s late equaliser 5 minutes into stoppage time. Along with both teams scoring in more previous meetings as mentioned before, this has also happened in 8 out of 10 previous meetings!

Brighton have been excellent this season and sit in 9th for their efforts so far, ahead of the likes of Leicester and “The Seagulls” sit just 4 points from Man United in 7th place. Brighton have conceded in their last 3 games in all competitions but despite this have won 2 and picked up a point on the road against Chelsea.

Palace have also seen both teams scoring in their last 2 fixtures, including their goal fest on New Year’s Day against West Ham.

These stats make good reading for this selection and I fancy both teams to score again in this one at 1.91 on Paddy Power.

Michael Olise to have 1+ shot on target

Michael Olise caught the eyes of many as he helped his side come from behind against Millwall in the FA Cup last weekend, due to his great performance on the pitch and also gaining attention from his matching boots and kit to winding up the Millwall fans whilst putting in a man of the match performance.

The 20-year-old has mostly featured from the bench since signing from Reading in the Summer, but has shown his potential recently, scoring and assisting off the bench against West Ham and inspired his side in a second half comeback in the FA Cup with another goal and assist added to his tally. The winger has certainly showed glimpses of what he can do and with Zaha and Ayew at AFCON, it gives Viera the chance to give the youngster more Premier League minutes with Olise predicted to start in Friday Night’s derby.

Considering the few starts that Olise has actually made for Palace so far and most of his appearances coming from the bench, he actually has pretty good Cheat Sheet stats as can be seen from my cheat sheet below. Averaging 0.84 shots on target per game, and with 2 goals in 2 games he definitely knows where the goal is and I fancy him to find the target again at decent odds of 1.73.

Mac Allister to have 1+ shot on target

Another man inform is Argentinian – Alexis Mac Allister, who bagged himself 2 goals in Brighton’s last Premier League game and is expected to start again against Palace. Mac Allister has had to be patient for his chance to come at The Amex but has proven himself since being given the chance by Graham Potter, the Goalscoring midfielder will have gained even more confidence thanks to his long-range screamer against Everton which completed his brace.

This man loves a shot which can be seen from his Cheat Sheet stats below, averaging 3.11 shots per game with 0.78 of this finding the target. However, the Argentinian has had 2 shots on target in both of his last 2 starts, with one of these being against Chelsea which shows he’s not afraid to try his luck in big games, and I expect the midfielder to hit the target at least once in this one too.

Based on current form I think there is good value in the selection as the midfielder is 1.73 to have one effort on target.

The final selection to round off the Bet Builder looks to the cards. Brighton v Palace is always a feisty affair as both teams hate the guts out of each other, and I expect nothing less again on Friday which means it should be a cards fest! Earlier on in the season, there were 7 cards in the last meeting between the two. There have been at least 3 cards in 3 from the last 4 meetings between the 2 sides.

Brighton have been shown the third most yellow cards in the league this season with 41 in 19 games, averaging 2.16 per game and this is without playing their bitter rivals! So I expect a few cards from Brighton alone.

Referee Jarred Gillett isn’t shy with the cards either as can be seen in the cheat sheet below, averaging 4.25 yellow cards per game so I fancy there to be at least 3 in this derby.

Back the 5.55/1 Brighton v Crystal Palace Bet Builder below ⬇️

Sign up to Paddy Power and get a full refund if your first bet loses. Grab an account through the offer below and place £30 on the 5.55/1 Brighton v Crystal Palace Bet Builder. Here are the two possible outcomes:

How to watch Brighton v Crystal Palace in The Premier League