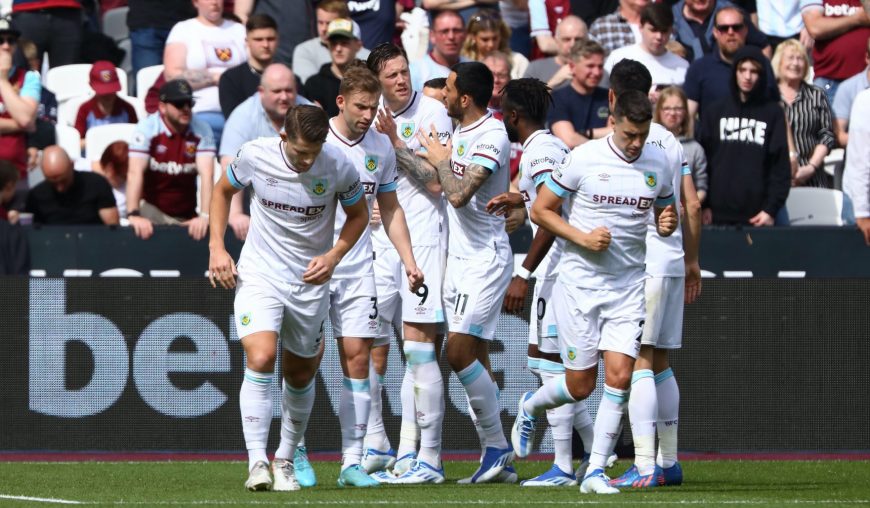 Thursday night spells the end of the current Premier League gameweek as Burnley host Southampton at Turf Moor. With both teams in fluctuating form, Burnley are desperate to pick up as many points as possible to avoid an ever-looming threat of relegation, after the sacking of manager Sean Dyche. Southampton, however, are in a no-mans-land position in the table, as the top eight seems out of reach whilst relegation doesn’t seem to be an issue.

Burnley are in a spot of bother at the moment. The sacking of Sean Dyche came as a surprise to the footballing world, as the end of the season approaches with Burnley desperately trying to survive. The Clarets are currently in the relegation zone, occupying 18th place. They are four points from 17th position, now having played the same amount of games than Everton who are marginally safe from the drop. Burnley’s recent win against The Toffees has given them a better chance at survival in the Premier League, but they will have to put a serious run of results together in order to stay safe.

Southampton have reached a point in the season where there is little to target. The Saints are currently in 13th position in the league, on the same amount of points as 12th and one point behind 10th place, with a game in hand. Although it’s possible to break into the top ten places, the top eight seems too far out of reach for Southampton. As they are three points from 15th, there is a possibility to fall back in the table, but relegation seems too far away from them as they are nearly about to break the magical 40-point barrier to guarantee safety.

Burnley have had a boost in form since Dyche departed, securing a point over Europe-chasing West Ham. This upturn in form can mean that they could pose a serious threat against Southampton, as the squad will be rallied together to fight for survival. With Southampton coming from a 6-0 demolition from Chelsea but beating Arsenal 1-0, their unpredictable form could be their major downfall.

With the reverse fixture ending 2-2, this game is set up for action with Burnley’s Premier League survival still on the line. Have a look at my bet builder predictions below, as well as the Cheat Sheet, and enjoy some Thursday night Premier League football.

With Burnley having more on the line in this match, I believe that they will be more up for the game, producing a highly energised display from kick-off. With a squad that contains a good amount of Premier League experience, they will still believe that survival is possible, and they will aggressively fight to gain critical points in the league. Because of this, I believe that the match result will end in a Burnley win, or a draw.

The manager bounce theory is interesting regarding Burnley. Sean Dyche was a loved character in the club, with the caretaker manager admitting that his departure was a shock to the team. Whether the squad aims to make Dyche proud, or some fresh, new tactics have come in handy, this was shown in their previous fixture against West Ham, as they put in a tremendous performance against a side that have beaten Chelsea and Liverpool this season and have made it to the Europa League semi-finals. With this promising performance delivering Burnley a valuable point, it will provide them with the momentum and motivation required to believe in their ability and perform to this standard for the remainder of this season, which is why I’m expecting Burnley to take at least a point from this game.

With Burnley winning the last game that they played at Turf Moor, Southampton have not won on the road since early February, showing a reason why The Saints could be approaching this game with a slight amount of worry. Southampton have lost seven out of their 15 away games this season, proving that they aren’t prolific on the road, which can boost Burnley’s confidence even more.

Southampton also have a habit of conceding a fair amount of goals during away games. They let in an average of 2.13 goals, which is golden news to Burnley, who only let in an average of 1.33 goals per game at home. Southampton’s tendency to produce poor defensive displays when playing away, can boost Burnley’s chances in this match even more.

With Burnley’s fortune turning around as they push for survival in the league, my head turns to their attacking force who will be tasked with converting chances that are produced. With Wout Weghorst not in amongst the goals on a frequent basis, this has been because Burnley have struggled to find the net. However, with some more promising team performances being produced, Weghorst is my pick to get on the scoresheet this time around.

Burnley’s final push to avoid relegation has seen them score four goals in their last three games. This is extremely positive, due to the fact that they had not scored in their four games previous to that. With Burnley creating more chances in these improved performances, this has allowed Weghorst to show his true quality as he was able to find the back of the net in the previous game. Despite this only being his second goal for the club, I believe that the impressive individual performances displayed from him when Burnley’s attacking threat was small, has warranted trust in the striker. With Weghorst finally being in the centre of more attacking moves, he is able to receive more goalscoring opportunities, which can lead him to find the back of the net.

Averaging 1.36 shots per game, this is a decent tally for a striker in a team that prefers to defend for their might, and hardly even gets on the scoresheet. With Burnley having 27 shots in their last two previous games, this has shown their improved encouragement to have a more attacking mindset, meaning that more chances are created. With Weghorst proving in their previous fixture against West Ham that he makes the most of his chances when they are provided to him, I believe that he will end up on the scoresheet more often from now on.

With Weghorst being at the top of an attacking line that will be dependent on scoring chances, his true quality will thrive in the run to the end of the season, where he will be able to deliver vital goals for Burnley.

Oriol Romeu to be Shown a Card

With my previous selections, I’ve outlined my reasoning for why I believe that Burnley will take a more attacking approach to this game with their newfound confidence. With Southampton not in the middle of any momentum, and a run of poor results, they enter this fixture with little to play for and no extreme amounts of encouragement behind them. Because of this, I believe that they may be caught on the back foot, which leads me to identify Oriol Romeu as a man to end up being shown a card.

Committing an average of 1.8 fouls per game, Romeu is a maverick when it comes to challenges, as he carries a certain amount of recklessness in his style of play. With the Spaniard having no fear to dive into a 50/50, make a crunching tackle or do anything required to retrieve the ball, this heightens the chance of him receiving a yellow card, which has been seen throughout the season. Romeu has picked up a total of eight yellow cards so far in the league, which is the joint second most in the entire squad.

Poor Southampton form in recent games, bar their win against Arsenal, is another factor why I believe that Romeu will end up in the book. A small amount of wins recently can mean that frustration will start to pile up throughout the Southampton squad. With the general mood amongst players being less than content, this will surely affect their level of football, with a more careless style possibly being produced. If Romeu’s performance falls into this category and is below his usual standards, this can also contribute to a more reckless style of play.

With Southampton conceding 19 goals in their last seven games in all competitions, their poor displays at the back can cause more frustration, which will provide Romeu with a heightened workload as he will have more passages of play to defend. With Southampton’s disappointing conceding record leading to more defensive responsibilities for Romeu, this can also increase the chances of him being booked.

Prediction: Oriol Romeu to be Shown a Card

Back the 9/1 Burnley v Southampton Bet Builder below ⬇️

Sign up to Paddy Power and get a full refund if your first bet loses. Grab an account through the offer below and place £30 on the 9/1 Burnley v Southampton Bet Builder. Here are the two possible outcomes:

How to watch Burnley v Southampton in the Premier League