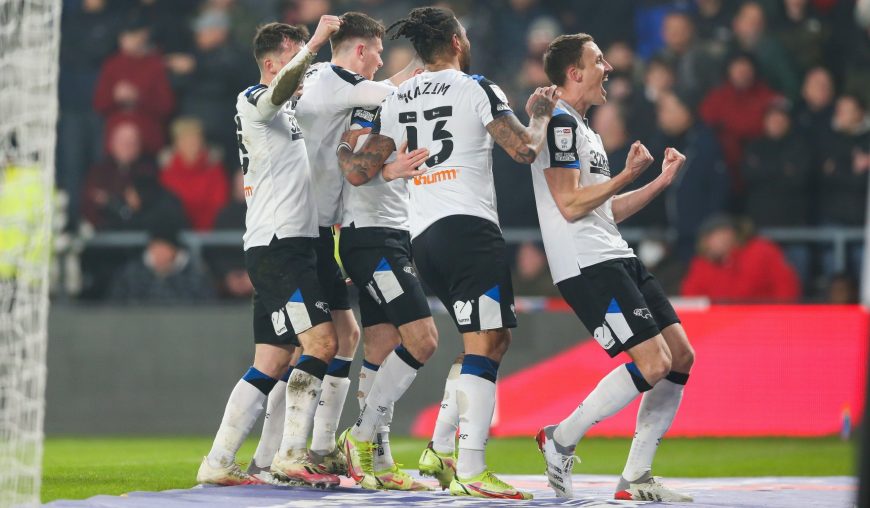 A Midlands derby in the Championship provides us with a crucial fixture for two teams towards the bottom of the table, as Derby County host Birmingham City. Pride Park will observe two teams that are fighting their own battles on and off the pitch, as both teams set their sights on the three points on offer.

Derby are currently sat 23rd in the table, eight points from safety. Their opponents are above the drop zone by 12 points, as they currently find themselves 18th in the table. With both teams finding it vital to gain as many points as they can to aid their campaigns, both sides will have their eyes on the win.

Wayne Rooney revealed prior to the game that he declined a job interview from Everton, as he pledges full commitment to Derby. This will boost the team’s morale as Rooney’s loyalty to the side is ever-growing, and it can propel them forwards to give Lee Bowyer’s Birmingham a difficult Sunday afternoon.

Have a look at my bet builder tips, as well as the Cheat Sheet and enjoy some Championship drama!

Tom Lawrence to have 1+ Shots on Target

With Derby still not acquiring a new owner, they have faced some cash issues which has led to some speculative transfer rumours. With The Rams not being able to bring any new players in, some of their players may be offloaded to free up some much-needed money. However, Wayne Rooney explicitly stated in his press conference that club captain Tom Lawrence will not be sold in January. Being one of the most creative players in the side, I expect him to prove his worth by achieving at least one shot on target and showing why he’s such a valuable asset.

In his 24 appearances this season, Lawrence has racked up eight goals so far, showing why he is so pivotal to Derby’s hopes of staying up. My expectations are that he will continue to prove his worth on Sunday afternoon and a shot on target may be the least of Birmingham’s worries, as the skipper will look to carry his team forward and try to win the game.

The 28-year-old averages a total of 2.91 shots per match, whilst an average of 1.15 of those hit the target. As he comes up against a side of similar quality, goalscoring chances could be created with a bit more ease as Derby will have a credible chance against Birmingham, with Lawrence being at the forefront of their attacking threat.

Prediction: Tom Lawrence to have 1+ Shots on Target

Ryan Woods to be Booked

Derby and Birmingham will be locking horns as both teams will have taste for blood as a win can give both sides momentum to push on to get some crucial results. A fierce encounter can be expected as not only will the game contain the aggression of a Midlands derby, but both sets of players will be giving their all to maximise their team’s chances. This is why I expect Ryan Woods to find himself booked, as the Birmingham midfielder wouldn’t want to see trouble in his own penalty area and a threat to his goal.

The 28-year-old has played 19 games this season and has averaged a total of 1.57 fouls per game. I expect this number to be increased as with more on the line, as Birmingham have a good chance at picking up a valuable result, this will increase the aggression of the players and force them to take no prisoners, as losing out could be a damaging hit to their campaign. Also, with the pressure of needing to get the three points, this will fill the players’ minds of the fact of not being able to make mistakes. This means that if they want to win the ball back at any costs, this can lead to a rash challenge or two, and Woods could end up being one of the culprits.

With three yellow cards this season, this game seems like the best opportunity for Woods’ tally to increase, as the importance of the fixture to Birmingham’s season and the resulting pressure could get the better of him.

Prediction: Ryan Woods to be Booked

Through my bet builder selections, I have detailed the importance of the game for both sides, and how their outlook on the match will lead to a dramatic affair between the two teams. Due to the increased importance and value that the three points have for both teams, they will be giving their all which is why I expect both teams to find the back of the net.

Derby have an average of scoring 1.23 goals per home game, whilst Birmingham manage to net an average of 1.07 goals per game. The thought of both teams playing an opponent with a similar quality of competitiveness can be applied, boosting the chances of the probability of goals going in for both sides.

Birmingham are on a run of decent goalscoring form even though their recent results haven’t been too impressive, as they have managed to score two goals or more in their last three games. For the hosts, 31% of their goals scored this season have come after the 75th minute, so that should give you an idea when the hosts may have the best chance of scoring.

Back my8/1 Derby v Birmingham Bet Builder below ⬇️

Sign up to Paddy Power and get a full refund if your first bet loses. Grab an account through the offer below and place £30 on my8/1 Derby v Birmingham Bet Builder. Here are the two possible outcomes:

How to watch Derby v Birmingham in the Premier League