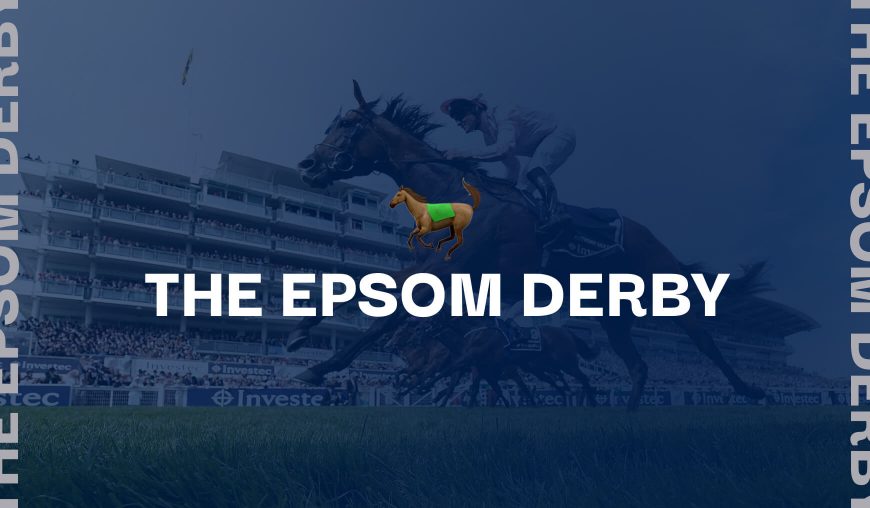 The Epsom Derby is the centrepiece of a magnificent day’s racing around Tattenham corner. Many will be checking the weather with showers forecast during Saturday morning. If the rains materialise, we could see many runners head towards the favoured stands’ rail in wet conditions.

A fiendishly difficult three-year-old handicap to start the card. Andrew Balding has won this twice in the previous four seasons. He relies on Swilcan Bridge who placed at this venue in April prior to a head second at a similarly idiosyncratic course in Goodwood. Any number of possible improvers line up in opposition, including the progressive Box To Box, with an eye-catching jockey booking, but stablemate NOLTON CROSS makes plenty of appeal against the field. The Dark Angel colt produced a noteworthy second on turf and handicap debut at Sandown, where he was headed prior to running on strongly at the finish. He arguably came out best in that contest (awarded second following a stewards’ inquiry), with scope for progression.

A chance is taken on handicap debutant APPROACHABILITY. His absence has to be taken on trust but he showed a good deal of ability on final novice run – third behind a pair of quality individuals over a mile at Pontefract – Mr Professor, now rated 98, and a few lengths behind Derby contender Westover, officially rated 109. Approachability raced freely that day but finished clear of the remainder, with the promise of more improvement to come once tackling handicaps. This is a tough first handicap outing but it also may be the time to catch him, with double-figure odds appealing from an each-way perspective. Jason Hart rides Epsom well and boasts a £1 level-stake profit of £13.20 at the track.

A close-knit listed event where the key form for this Group Three prize looks to come from the front two in the Listed Conqueror Fillies’ Stakes at Goodwood over a mile in April, where Mrs Fitzherbet beat the re-opposing Bashkirova by half-a-length. The former is expected to confirm form with a thoroughly-progressive profile and looks sure to be suited by this step up in trip. She is the most likely winner from those at the front end of the market but there could be a spot of value elsewhere. Potapova was an eye-catching second reappearing on the AW. She may have further progress this campaign but may not want conditions to ease judged on her below par effort on soft ground last season. MAJESTIC GLORY is a three-year-old Frankel filly who receives a whopping 12lb weight allowance from most of the field. She is the clear pick on adjusted official ratings from her low weight and ran a promising third on reappearance in the G3 Dubai Duty Free Stakes at Newbury over 7f. As a half-sister to a 1m2f winner and out of a dam who is closely related to a Listed winner over the same distance, it would be no surprise if she found improvement raised in the trip. A first-time hood is another reason for possible improvement from the each-way selection in a tricky affair. Any rain which falls could be a positive for Majestic Glory, too, with Andrew Balding expressing that she could find more for a softer surface when sixth in a Group Two event at Newmarket last season. She looks the value play at these prices.

Our expert has picked out the following bets for Race 2 👇🏼

A competitive Group Three contest with little separating the six-strong field. Modern News is the forecast favourite for Godolphin after winning back-to-back mile events, including in listed company at Windsor last time. He is progressive but could be one to take on as his last victory was in a four-runner affair which was weak for the grade and has to prove himself against better opposition here. Megallan is talented but as a big horse he may not be best suited to this track, while Zakouski last ran at Meydan in March. He could need this comeback run. Escobar won a good York handicap last-time-out and has sound form on downhill tracks. He could be overpriced to bridge the gap against his higher rated opponents. The one to side with is the Charlie Hills-trained MUTASAABEQ, ridden by Jim Crowley, who bagged the G1 Coronation Cup with Hukum for the same owners yesterday. The four-year-old ran a career best when a luckless second in the G2 Bet365 Mile at Sandown. The son of Invincible Spirit was caught in a pocket at a crucial stage inside the final couple of furlongs before running on strongly once in the clear. He’s completely unexposed over this distance, trying it for the first time, and shapes likely to appreciate this test. There is the potential of further improvement and he boasts a lofty entry in the G1 Sussex Stakes at Goodwood in July. This is a drop in class and he is capable of landing this prize. His trainer has said: “He’s in great form and was unlucky not to win at Sandown last time. The trip is ideal and he’s got a great chance”.

Our expert has picked out the following bets for Race 3 👇🏼

One of the highlights of the racing calendar, with a huge field hurtling down the Epsom straight, for the quickest 5f race in the UK. There are numerous chances in this uber-competitive handicap, such as last season’s winner, Mokaatil, who is up 5lb after winning here back in April. He’ll prove popular with many and cannot be discounted with rock-solid credentials. High draws dominated last year’s event with the first four home running from stall 13 or above. LIVE IN THE DREAM must defy the statistics as a three-year-old taking on his elders – no horse his age has won this race since Double Quick in 1995 – but he is an upwardly-mobile type who completed back-to-back handicaps wins in a strong Chester event last time. There could be more to come from this fast front runner who is likely to blaze a trail against the favoured stands’ rail. Four out of the previous five winners have raced prominently, and with plenty of hold-up performers hostage to fortune, it could pay to be on the front end.

Another to throw into the mix is the sole Irish-trained runner in MASTER MATT. The son of dual Group One winner Slade Power made a pleasing return when fourth in a competitive Curragh handicap over 5f on yielding ground. He was one of two horses to race on their own towards the stands’ side, which proved to be the slowest part of the track. If the front runners go off too quick, he could take advantage granted a clear passage from a workable draw. Winning form over 6f could be an asset in the closing stages and he has placed claims at a double-figure price.

Live In The Dream to Win Outright

The fourth Classic in the UK will be run in honour of the late Lester Piggott, who won this prestigious race an incredible nine times. The G1 Cazoo Derby is described as the toughest test for a three-year-old and defines a generation. A big field is a welcome sight, and this appears to be one of the strongest fields in many years. Favourite Desert Crown is unbeaten after a pair of excellent victories, including a decisive three-and-a-quarter success in the G1 Dante Stakes at York, a key trial for this contest. He holds an obvious chance to give Sir Michael Stoute a sixth Epsom Derby win but faces a strong challenge from Aidan O’Brien’s trio of runners. The trainer landed the G1 Cazoo Epsom Oaks yesterday with Tuesday and is a master of preparing them to peak at this fixture.

Preference is for STONE AGE, who stretched away from his rivals when winning by five-and-a-half lengths in the G3 Derby Trial Stakes at Leopardstown. He’s a well-bred individual as a son of Galileo out of a sister to a Group Three winner and half-sister to G1 Prix de Diane scorer Bright Sky. Galileo’s progeny often improve dramatically from two to three, which has been evident with Stone Age, who posted solid two-year-old form, including a runner-up position in the G1 Criterium de Saint-Cloud. Stone Age has thrashed his opposition in both 1m2f starts this term, with the promise of further progress raised in journey to this 1m4f distance. Aidan O’Brien said: “It was the plan to give him plenty of experience last season. He’s done well over the winter, but was always a big, strong colt and felt he was high class. We think he has come forward from his last run and we’re looking forward to running him”.

How to watch the Epsom Derby