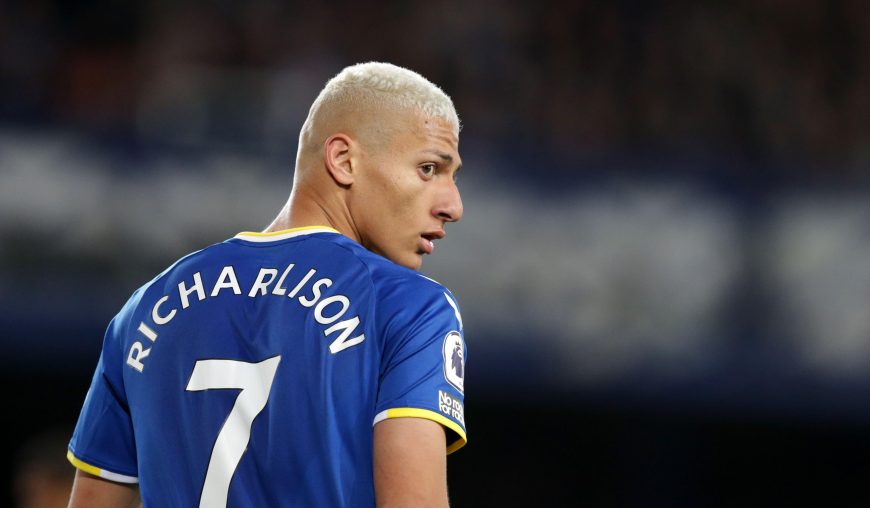 The final game of Sunday’s fixtures sees Everton welcome Brentford to Goodison Park in a pivotal match at the bottom of the table. The home side have been threatened by relegation in the second half of the season but after stringing together some form sit outside the bottom 3. With Leeds stuttering and playing before, if they fail to beat Brighton, Everton could be safe with a victory here. The visitors, Brentford, are having a much better season than their hosts and can extend their gap over Everton to 10 points with a win here. The incentive of a top half place should be enough for Frank to go for 3 points today.

As the only 4:30PM kick off, this game is being shown on Sky Sports Premier League and Main Event, making it the perfect candidate for a bet builder with both side playing with attacking intent from the off.

Christian Eriksen to have 1+ Shots on Target

The first leg of our bet builder on Sunday afternoon concerns Brentford’s Danish midfielder, Christian Eriksen. Once a star of the Premier League before moving to Inter in January 2020, Eriksen has settled into life at his new club with ease, bringing experience to a new PL outfit. Since his debut, Eriksen has missed just one game, starting the rest and notching up 3 goal contributions.

Eriksen has been deployed on the left of a midfield 3 containing Norgaard which allows the Dane more freedom due to Norgaard’s defensive presence and 3 centre backs. He has a tendency to drift wider into space, and work with left wing-back Rico Henry. When Henry overlaps, Eriksen can use this as a decoy and cut inside for one of his infamous long shots.

As shown on my cheat sheet below, Eriksen averages 0.95 SOT per game and has had 1+ in every game but one this season. Everton’s 5-4-1 system has Doucoure as the more attacking CM on Eriksen’s side alongside Iwobi (a converted winger) at RWB. With the two right sided players for Everton being more attacking there will be more counter attacking opportunities down Eriksen’s side on Sunday. I like him to have a SOT in this game with the spaces he will pick up and his quality on direct set pieces.

Prediction: Christian Eriksen to have 1+ Shots on Target

The reverse fixture earlier this season may have finished with just 1 goal, but with 7 cards shown it was definitely not a dull game. 4 yellows for Brentford and 3 for Everton summed up a frustrating game where tempers rose with Jansson and Rondon booked for a scuffle highlighting this.

However, this clearly wasn’t a one off as Everton have had 76 yellows and Brentford 57 yellows this season. Interestingly, since Lampard’s arrival at Everton, their discipline has become far worse, with the last 10 Everton games going over 2.5 cards. They also lead the league in red cards with 4 and have plenty of players with short fuses such as Richarlison.

Considering Everton’s track record, it should really take one yellow at most from Brentford to land the over 2.5 mark here which has occurred in 4 of their last 6 away games. This includes 5 in one game away at Norwich despite winning comfortably 3-1. Individually Ivan Toney and Christian Norgaard have picked up 7 cards this season but recently it has been the centre backs amongst the cards. As I touched on before Jansson was booked in the reverse fixture, dealing with the physical Rondon, and the Brentford back line have another physical task with DCL and Richarlison leading the line.

Michael Oliver averages 3.17 cards per game and has awarded 8 cards to Everton in 4 games, including 2 reds. Goodison Park will be on his back from minute one in a pivotal game for the Toffees at the bottom causing additional pressure. The home side average 2.41 cards per game at the home and that alone could almost sail home this selection.

Richarlison to Score or Assist

Since signing from Watford for almost £50 million, Richarlison has had mixed returns for Everton, showing signs of real quality but all too inconsistently. However, he has shown time and time again his importance when Everton need him most. This is evidenced by his two previous home performances, where he has scored in both games, single-handedly earning Everton 4 points.

Richarlison’s form over the past two months has been immense, scoring in back to back games for his country and then 4 times since for Everton. At Goodison Park since the international break, Richarlison has had 9 shots and 5 on target in 3 games, showing he is occupying the right positions as opposed to just scoring 2 pot shots.

I think Richarlison is pivotal for Everton in this game, but it could be in differing roles. The possible reintroduction of DCL will see Richarlison pushed out to the left, against the right wing-back, arguably Brentford’s weakest area and most rotated. With his ability to use either foot and go inside and out, Everton’s number 7 could tee up DCL or even cut inside himself. With DCL’s lack of match fitness, the Brazilian will be pushed back into the middle late on, giving him more opportunity to score as well.

Prediction: Richarlison to Score or Assist

he last of the 4 legs for our bet builder is another Everton attacking bet as I take them to have 4+ Shots on Target.  A poor season for the Toffees is mostly due to their away record with 10 points in 18 games. However at home, Everton have won 8 of 17 and have the 11th best home record in the league.

Despite a relatively poor season going forward, there have been positive signs where Calvert-Lewin has featured. His last two home starts have been against United and Leeds, giving Everton an extra attacking option. Everton had 14 shots on target across those two games combined, even though DCL contributed just one. Not just a goal scorer, but a distraction to let other around flourish with the space their afforded, DCL will be pivotal even if he only comes off the bench on Sunday.

With nothing to lose, Brentford can play with the freedom to chase 3 points which I’m sure is exactly what Leeds and Burnley fans don’t want to see. Across the season Brentford have averaged 4.78 SOT against per game, including an average of over 5 across their last 4 away games. In the League and Cup fixtures where Everton have faced Brentford this season, they have had 28 shots and 10 on target across two games. I don’t expect Everton to put 4 past Brentford like the cup match at Goodison but with their depth in attacking talent who all average a high amount of SOT’s per 90 per my cheat sheet, I can see them having at least 4 SOT.

Back the 5/1 Everton v Brentford Bet Builder below ⬇️

Sign up to Paddy Power and get a full refund if your first bet loses. Grab an account through the offer below and place £30 on the 5/1 Everton v Brentford Bet Builder. Here are the two possible outcomes:

How to watch Everton v Brentford in the Premier League