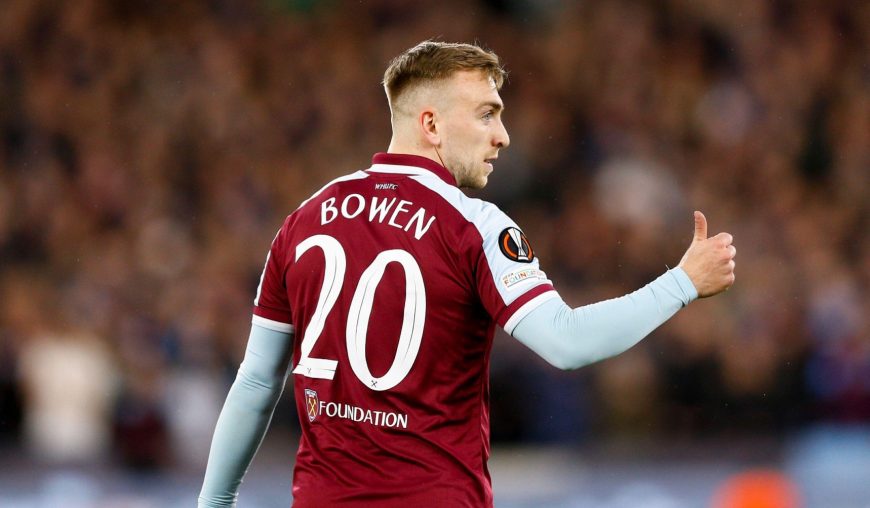 The second leg of Frankfurt v West Ham takes place at Deutsche Bank Park on Thursday evening as the sides try to book their spot in the Europa League final in Seville. The first leg seen Frankfurt get the better of West Ham in their own backyard at the London Stadium but the German sides job is only half done and West Ham don’t roll over easily in second leg fixtures as we have seen more than once this campaign.

Frankfurt dropped to 11th in the Bundesliga after losing 2-0 at the weekend, which extended their run their winless run in the league to seven games, but their main focus will be on grinding out a result here. Oliver Glasner has said that his side will not set up to not lose so it should be a similar style to the first leg with chances at both ends and hopefully a few goals.

West Ham were nowhere near their best in the first leg and slumped to another defeat against Arsenal on Sunday with David Moyes making a few changes deciding to rest some players in the Premier League game which was sandwiched in between two massive European games for the Hammers. Moyes will take hope in Frankfurt going through a rough patch of form at home, going since 13th March without a home win.

It’s a similar bet builder to the first leg, but I think it will be a very similar affair with West Ham chasing the game against an undisciplined Frankfurt with two free scoring sides locking horns once again. Take a read of my bet builder research below along with the usual pre match cheat sheet for this Europa League semi-final and let’s hope it lives up to the European football drama we have already been treated to this week.

With this game having the potential to go either way, I am backing it to be another end to end affair in Germany on Thursday night. Frankfurt slipped into the bottom half of the Bundesliga table at the weekend and have conceded at least twice in five of their last six matches. The Hammers have conceded in 8 of their last 10 games and have also scored in 8 of these games too which makes me hopeful for this selection.

Both teams showed their attacking abilities in the first leg at the London stadium with them both getting on the scoresheet. This is shaping up to be an interesting matchup with Frankfurt’s poor run at home matched with West Ham’s poor away form. Frankfurt haven’t won at home in their last 6 matches whereas West Ham haven’t won in 3 in all competitions. In the Premier League, West Ham have not won away from home since New Year’s Day.

Looking at both teams scoring in recent games, West ham have seen both teams score in their last 2 games including the reverse fixture at the London Stadium. Frankfurt are pretty prone to both sides scoring with 9 from their last 13 and 6/7 of their last home games.

Frankfurt have the joint highest goal count in the Europa League with 1.73 goals on average per game. They are in decent goalscoring form too with 4 goals in their last 3 games. West Ham have only scored 1 less than Frankfurt in the competition, averaging 1.63 goals scored per game so there is plenty of potential for goals. Frankfurt have conceded 12 goals so far with that averaging to 1.09 per game and with their home form I fancy West Ham to get on the scoresheet as well as the hosts.

Jarrod Bowen to have 1+ Shots on Target

Jarrod Bowen will be out for revenge after rattling the crossbar with a brilliant overhead kick effort in the final minutes of the first leg as well as hitting the post early on in the first half as his side were beaten on home turf. Bowen did manage to find the target once from his 3 attempts in the first leg which seen him hit the target in each of his last 4 games that he has started.

On the cheat sheet, the Englishman averages 1.03 shots on target per game in the Premier League and continues to have an exceptional season under David Moyes. In all competitions this season, Bowen has a fairly decent shot accuracy with 43.4% from his 2.26 shots per game which bodes well for this selection.

Frankfurt goalkeeper Kevin Trapp has the 4th most saves in the Europa League, showing that Frankfurt are prone to giving opponents opportunities at goal. In Bundesliga, Frankfurt average 5.16 shots on target conceded per game with the away side averaging 4.26 attempts on target per match. The Hammers had 15 shots in the first leg with Bowen hitting the post twice emphasising his influence in the game and should be a real threat for the Frankfurt backline again here.

Prediction: Jarrod Bowen to have 1+ Shots on Target

Frankfurt to Receive the Most Cards

Just like last week, I am backing Frankfurt to receive the most cards. When doing the research for this I was amazed at just how poorly disciplined that Frankfurt are as a team. I also liked the look of Sow or Jakic for a booking but it looks as if one will start on the bench so I opted for this market, but the midfielders both look good for an in play bet. I do like the look of this selection as Frankfurt will be up against it with West Ham chasing that early goal to get them back on level terms.

Frankfurt as a team commit 16 fouls per game, the most out of any team in the Europa League resulting in them also picking up the most cards in the competition too. Frankfurt average 2.64 yellow cards per game in this competition whereas West Ham have half of that with 1.27, David Moyes has his side well-disciplined compared to Oliver Glasner as West Ham average almost half the amount of Frankfurt’s fouls with only 8.8 per game.

We seen Frankfurt pick up the only 2 yellows of the game late on in the last leg as West Ham chased the equaliser. West Ham commit the least fouls in the whole Premier League which shows their good discipline too. I fancy Frankfurt to pick up more bookings than West Ham in this one and with their current home form they could lose the heads under their hostile home fans.

Prediction: Frankfurt to Receive the Most Cards

Back the 5/1 Frankfurt v West Ham Bet Builder below ⬇️

Sign up to Paddy Power and get a full refund if your first bet loses. Grab an account through the offer below and place £30 on the 5/1 Frankfurt v West Ham Bet Builder. Here are the two possible outcomes:

How to watch Frankfurt v West Ham in the Europa League