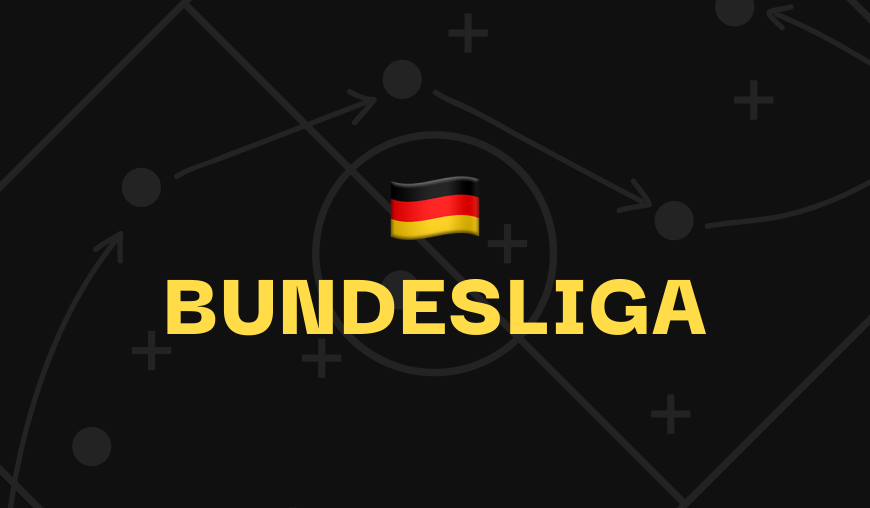 RB Leipzig will be looking to make up for a narrow defeat to Bayern Munich last weekend by winning all three points against Koln on Friday night. And that will almost certainly mean a lot of goals.

The Saxony side have scored at least two goals in their last four league games and are averaging no less than 1.9 over the course of the current Bundesliga campaign. When we couple that with an impressive run of form under new manager Domenico Tedesco and no serious injuries of note, it certainly suggests that RB Leipzig will be confident of putting their guests to the sword.

Of course, Steffen Baumgart’s side certainly won’t go down without a fight. Over the course of the last six match days, only Bayern have picked up more points than Koln and this season’s dark horses will be heading to the Red Bull Arena with every intention of bagging goals for themselves.

Like their hosts, Koln haven’t struggled to find the net recently. In their last six games, Baumgart’s side have scored 10 and conceded nine. So there’s little doubt that both teams will be looking to rack up a high tally on the night.

While a stand-alone result may be hard to call for this one, we can be sure of goals from both teams and as such over 2.5 goals seems like a solid bet.

Bayern Munich’s uncontested claim to be the champions-elect of this season’s Bundesliga is undoubtedly built on the team’s unquenchable thirst for goals and it seems unlikely that Bochum will be able to stop them racking up a confident win on Saturday afternoon.

So far this season Julian Nagelsmann’s Bavarian giants have scored on average 3.24 goals per match and have scored at least four goals in their last three away games in the German top-flight. In fact, there have been over 2.5 goals scored in Bayern’s last nine away games in particular and it seems unlikely that that will change this weekend.

Bochum, for their part, have put together a decent run of home form that should see them avoid being dragged into the relegation race, but while Thomas Reis’ side have grinded out results in front of their own fans this season, they haven’t exactly been resolute in defence.

Eight goals conceded from 10 home games is certainly not bad at all, but as Freiburg, Borussia Dortmund, Union Berlin and Koln have shown in recent months, Reis’ side can be opened up with the right players. And Bayern certainly have more than enough of those.

This match should end in a comfortable win for Nagelsmann’s side, but instead of wasting your money on miserable odds for a Bayern win, you would do much better to expect goals. Over 3.5 over the course of the game, to be precise.

Borussia Monchengladbach are truly in the pits of a terrible run of form and a truly horrendous league campaign. However, with Augsburg coming to town, Adi Hutter’s side will be desperate to turn all of that around.

Although the Foals have lost their last four games at home in the Bundesliga, those results have come against three of the top six and an in-form Eintracht Frankfurt side. Augsburg are an entirely different kettle of fish. For all of their faults, Hutter’s side have always managed to score goals at Borussia Park and are currently averaging 1.6 goals per game. And they should add to that on Saturday.

Augsburg, in contrast, have looked truly hopeless on the road this season with just seven points from 11 games. Only two teams in the division have a poorer away record than Markus Weinzierl’s side, who have managed just one win from 11 thus far.

Crucially, the Bavarian minnows have mustered just seven goals from those games but conceded a remarkable 19 in return. And that’s perhaps where Gladbach will be able to take advantage of a similarly out-of-form foe and turn their season around. This clash will be tight, but expect the home side to claim all three points in the end.

Eintracht Frankfurt will be keen to start putting a decent run of form together this weekend by adding to a hard-fought 3-2 victory over Stuttgart in the previous matchday by claiming all three points against a troubled Wolfsburg on Saturday.

Oliver Glasner’s side have had a tendency to let freak results spoil a good run of form – as the unexpected 2-0 defeat to Arminia Bielefeld in late January would attest to – but on the whole the Eagles have started working their way up the league table by getting the better of sides like Wolfsburg.

Despite claiming their first victory in the Bundesliga since early November with a 4-1 win over Greuther Furth last weekend, Florian Kohfeldt will know that beating the league’s bottom side does little to alleviate concerns that the Wolves are heading straight for a relegation battle.

Not only have Wolfsburg failed to win an away game since October last year, but they’ve also failed to score entirely in their last four games on the road. Which would certainly suggest that the guests won’t be arriving at Deutsche Bank Park on Saturday afternoon with a huge amount of confidence.

This clash should be a low-scoring affair but we can be sure that Frankurt will fancy their chances of picking up the win.

One of the few consistencies in the Bundesliga in recent seasons is that Christian Streich’s Freiburg always make it difficult for opposing sides to visit the Black Forest club and leave with any points. And on Saturday there’s very little chance of Mainz bucking that trend.

Indeed, while Freiburg have had a few hiccups at home recently, Streich’s side have still lost just two of their 10 home games this season and as Leverkusen, Armenia and Stuttgart have found out in recent weeks, they fight tooth and nail to avoid defeat.

Mainz, on the other hand, have looked absolutely hopeless on the road this season. Not only have Bo Svensson’s team lost their last five away matches in the league, but they’ve also been losing at both half time and full time in three of them.

While Svensson’s side looked composed and hard to beat at home, they looked utterly hapless on the road and as such they have the second worst away record in the Bundesliga this season with just two wins and eight defeats to their name.

There’s little doubt that Freiburg will fancy their chances in this clash and although nothing can be certain in the Bundesliga, a home win is as safe a bet as one could make on this clash.

Few would argue that 10 points from 21 games would suggest that recently promoted Greuther Furth perhaps don’t have the necessary talent to compete in the German top flight. And having scored just 15 goals in those matches, it’s clear to see where the real issue is.

Indeed, Stefan Leitl’s side have been truly hopeless in front of goal in this current league campaign and are averaging just 0.85 goals per game. And from their last five home games, Furth have managed just six goals in total.

To the small club’s credit, they’ve managed to squeeze out results in recent weeks by focusing on defence, with two 0-0 draws, one 1-0 win and then a 2-1 victory over Mainz in late January. In other words, when they keep the scoring down, Furth do have a chance of picking up valuable points.

Fortunately for Leitl’s side, they’ll be welcoming a Hertha Berlin team to their ground that have mustered just eight goals from 10 away games this season and completely failed to score entirely in five of their last seven away games.

This clash between two out-of-form teams could certainly go either way, but we can be sure that no side will run away with a high-scoring lead. In fact, this match will almost certainly end with less than 2.5 goals.

Bayer Leverkusen threw the cat amongst the pigeons last weekend when they thrashed Borussia Dortmund 5-2 at the Westfalenstadion. However, anyone that has been watching Gerardo Seoane’s side this season will know that there’s one thing they do tremendously well: score goals.

Indeed, Leverkusen have now picked up no less than 54 goals from 21 games in the league this season. Not only is that an average of 2.57 per game, but it’s also a return that has been bettered by high-flying Bayern in the league.

Leverkusen, to the great frustration of their fans, haven’t managed to marry that goal scoring threat with competent defending in order to put together a solid run of form but there’s little doubt that they rarely find the back of the net, even when they do somehow manage to drop points.

As such, the arrival of a Stuttgart side that have managed to claw back one win and four draws from 10 away games this season would hint at a possible upset at the BayArena and the prospect of Leverkusen dropping points one week after a famous win over Dortmund seems all too predictable.

However, if there’s one thing we can be sure of in a Leverkusen game, it’s that there will be plenty of goals. So rather than focus on the result, one would do much better to simply expect a high score line.

Sign up to Betfair and get a full refund if your first bet loses. Grab an account through the offer below and place £20 on the 5/1 Bundesliga Best Bets Accumulator. Here are the two possible outcomes: