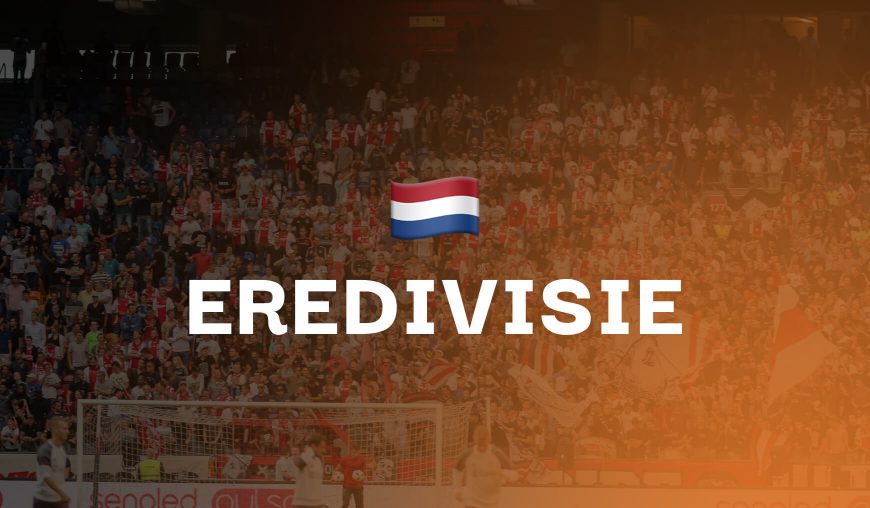 Heerenveen look well prepared for a good season after a summer of tweaking. New head coach Kees van Wonderen is known for his teams’ strong defences. He is likely to set up in a 3-5-2, which plays to the squad’s strengths of three very good centre-backs: Pawel Bochniewicz, Joost van Aken and new captain Sven van Beek. Bochniewicz returns from a year-long injury, and my view is that he was one of the Eredivisie’s best defenders before his lay-off. Up front, regular readers of these Eredivisie previews will remember how much I was beginning to enjoy Swedish striker Amin Sarr; I think he could score the goals to lead this side into the top half at least this season.

Sparta Rotterdam come into the season with a few uncertainties over the starting eleven. Over the summer, money was spent to bring in Tobias Lauritsen and Joshua Kitolano from the Norwegian league, former Dutch international Jonathan De Guzman, and a few other players who should improve a side that narrowly avoided relegation last season.

All things considered, at the moment, it looks like Heerenveen will have the stronger start to the campaign, and with them playing at home, I think this will be a narrow home victory.

This season, Fortuna Sittard could be much more of a threat in games against the top sides. Last year, they flirted heavily with relegation, but some quality forward players kept them up. Mats Seuntjens is remaining at the club, winger Inigo Cordoba arrived after a great season with Go Ahead Eagles, and they also managed to seal the high-profile signing of Burak Yilmaz from Lille. Yilmaz is 36 now, but he still has the potential to score double figures in a year in the Eredivisie.

The questions that remain from Fortuna’s perspective are whether Yilmaz will be fit for this, and whether Fortuna will be defensively more resolute this season. Rodrigo Guth was another excellent summer signing; the centre-back was impressive with NEC last year.

This summer, Ajax have gone through the most change they have endured over the past few years in which they have dominated the Eredivisie. Will this mean a step backwards for them? Alfred Schreuder is the new manager, and they spent most of their transfer fees that came in from the likes of Lisandro Martinez, Ryan Gravenberch and Sebastien Haller leaving the club.

We saw Ajax’s attacking quality and their defensive frailties in the 3-5 Dutch Super Cup defeat to PSV. A game full of goals and excitement that suggests this could be a great title race this season. With question marks on who Ajax’s first-choice goalkeeper and back four will be in these early weeks, but attacking quality in abundance at the other end, we could be in for an entertaining encounter on Saturday. Both teams to score is almost a must

Both of these teams could struggle this season. Newly promoted Excelsior play attacking football, usually conceding a lot of goals in the process. Over the summer, they have lost key midfielder Mats Wieffer and their coveted Keuken Kampioen Divisie top goal-scorer Thijs Dallinga — without so far properly replacing them. It is very likely they’ll be relegated, and they might even become the whipping boys.

Cambuur enjoyed their first season back in the Eredivisie — or at least half of it. After a strong start, they dropped down the league like a stone in 2022, only winning twice this year so far. Sadly, head coach Henk de Jong became ill, having to hand over responsibilities to Dennis Haar, and it may explain their drop off in form. Sylvester van der Water was their main signing, which could give the side a new dimension from out wide. Cambuur also did not sell any of their current key players.

Being at home to a weaker side, Cambuur’s fans will expect a home victory to open up the campaign. As with most of the opening fixtures this weekend, they will be difficult to predict with pre-season only a taste of what is to come, but both of these sides lost to other Eredivisie clubs in their preparations. Therefore, we can expect a low quality opening fixture, with both sides still trying to find their way.

PSV go into the new season with renewed firepower and motivation. Ruud van Nistelrooy has been fast-tracked from the youth teams to become the new head coach, and several shrewd new signings offer them a great chance of lifting their first title since 2018.

After their draw with Monaco on Tuesday, they will be keen to rest several players before the return leg. The club are focussed on qualifying for the Champions League group stages, and their first few fixtures should be winnable with a number of key players rested. It does however open the door for opponents to frustrate PSV and tricky for bettors to reliably predict how many goals PSV should win by.

Emmen do have a tough first outing upon their immediate Eredivisie return, but they forged a strong defensive record in the Dutch second tier. I don’t think it will be enough to cause an upset here. Even if Emmen are holding a good result going late into the game, van Nistelrooy can make some easy substitutions to get a goal (and PSV were a great bet for a late goal or two last season)

Last season, RKC Waalwijk prided themselves on their strong defence. Despite relegation fears (and the tight nature of the Eredivisie bottom half last season), they managed to finish 10th. Since then though, centre-backs Melle Meulensteen and Ahmed Touba have departed, and the club have decided not to buy anybody new to replace them, instead expecting their younger players to step up to become first choice. The club may still be active in the transfer market late into August, especially when they realise the big gaps in their side.

Utrecht, however, have strengthened well over the summer. Big striker Bas Dost is the marquee signing with Daishawn Redan the pacey alternative option up top. Despite selling key midfielders Adam Maher and Quinten Timber this summer, Henk Fraser should lead this side to a strong start, with several new players excited to become the new heroes such as American youngster Taylor Booth. Three points away to RKC will be necessary in their push for a top-four place this season.

Sign up to Betfair and get a full refund if your first bet loses. Grab an account through the offer below and place £20 on the 7/1 Eredivisie Best Bets Accumulator. Here are the two possible outcomes: