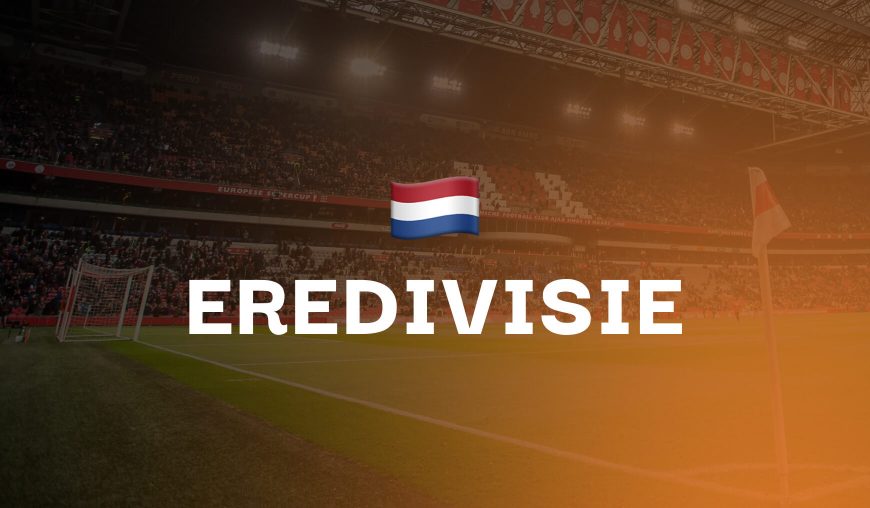 For Utrecht, it’s one win in nine, and no clean sheet since January in the Eredivisie. Interim coach Rick Kruys has not been able to make a great impact since René Hake was asked to move on by the club. I think they are a few quality players short of disturbing the teams above them in the table, which could be a goalkeeper or a quality attacking midfielder who can open play from wide areas. To compound current defensive woes, centre-back Tommy St Jago has suffered another long-term injury.

Lately, Utrecht played host to Fortuna – a side lower in the table and on paper a ‘weaker’ side. Fortuna completed more passes and created arguably the better opportunities at the Stadion Galgenwaard. Utrecht are not playing that well ahead of the end of season Europa Conference League play-offs.

NEC haven’t scored in three of their last four games, but they did manage to perform above their normal levels to give Ajax a tough game last time out. Can they continue Utrecht’s run of no shut-out in three months? If they do, it will be up to the likes of Elayis Tavsan to come up with the goods – he seems to be at the centre of everything good with NEC’s attacks. I don’t see a high-scoring game because of the flaws from both teams – it should be quite closely matched.

Ajax lacked inspiration again in their late 0-1 win at NEC. This one is another very winnable game as they look to keep the gap to PSV at four points. Much has been said about Ajax’s season since February and Erik Ten Hag’s departure to Manchester United, and it has all culminated in Ajax losing their style and relying upon winners in the last ten minutes of games – five of the last nine included goals to win games after the 80th minute. Their performances are flat and uninspiring. When you add AZ and Vitesse to come away from home, there is still a chance of a major upset in the Eredivisie title race.

It may sound ridiculous, but it would be disrespectful to rule out PEC Zwolle also taking points off the Amsterdam giants. Long the league’s bottom club, Zwolle are fighting relegation in one of the tightest Eredivisie battles in years. Right now they are sixteenth in a bottom-five separated by only four points. Last weekend they picked up an important three points at RKC Waalwijk.

I am going to predict an Ajax win but without the thrills and spills.

Time for a derby! Heracles are mid-table, but with a proud record of six clean sheets from their 12 Eredivisie matches in 2022. Twente sit fourth, with six wins from seven, and the third-best defence in the Dutch top flight.

For Twente to achieve something special this season, they will need to keep winning, though this is a tough one. They are three points behind Feyenoord and three ahead of AZ, knowing that third or fourth would secure European football for next season.

I think the Enschede outfit have more homegrown players in their team which give them some extra bite. Plus there’s returning centre-back Robin Propper to Almelo after making the switch in the summer.

I am going to go with an entertaining yet low-scoring game here. Frank Wormuth (Heracles head coach) is a clever tactician, and he knows that Twente don’t thrash teams. Ricky van Wolfswinkel – one of the Eredivisie top scorers – is not only deadly in the box but is showing some good work just outside of it too (as demonstrated by a wonderful goal outside the area last weekend), so Wormuth will need to plan for him. The stats suggest both sides will look to be difficult to beat

Henk Fraser has departed Sparta, right before the end of the season! There was some doubt earlier in the campaign that he would leave the club due to poor results, but they picked up around the turn of the year. Fraser was tipped over the edge when his assistant, Aleksandar Rankovic, was dismissed from the club by the board. Technical director Gerard Nijkamp took the decision because he thought the technical staff were underperforming. “I couldn’t just sit on my backside, do nothing, and hope that we avoided relegation.”

Maurice Steijn – who was already scheduled to become Sparta manager at the end of the season – agreed to start his new role earlier. His new side were ultra defensive at Twente and it simply didn’t work. You can’t always sit back and hope for the best. Steijn won’t have had much time to change Fraser’s team, and supporters have been far from happy at his appointment (despite his good work at VVV-Venlo in the past).

Meanwhile, the Alkmaar side are still sometimes lacking a cutting edge. They are set to lose Jesper Karlsson and Vangelis Pavlidis this summer, so they could be looking at recruiting an entirely new front three (again). Ultimately though, Karlsson has the individual quality to bag AZ the three points. I don’t think Sparta are strong enough defensively in the wide areas, so I wouldn’t be surprised to see the Swede earn some joy down the left