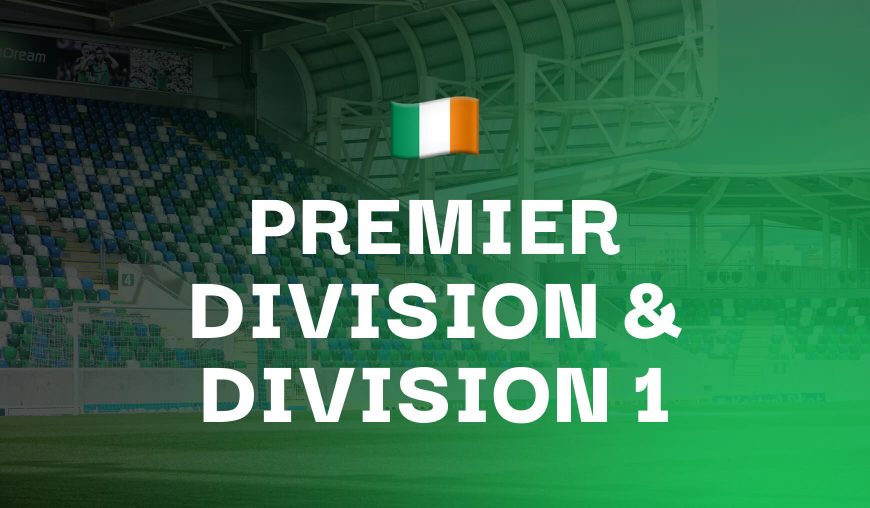 Irish Football returns once and Shelbourne will be looking to gain some momentum having claimed just their second win of the season on Friday night thanks to a surprise 1-0 win away in Sligo but Damien Duff’s men now face a real acid test as the Champions Shamrock Rovers come to town.

The Hoops only won two of their last six games prior to the recent international break but Stephen Bradley’s side answered the critics with an emphatic 3-0 win away to Finn Harps on Friday and will be looking to carry that momentum into this Dublin derby.

Dan Carr’s successful penalty in Sligo was just Shelbourne’s fifth goal of the campaign from eight matches while Shamrock Rovers are the league’s joint-highest goalscorers with a tally of 13. Such a sharp contrast in terms of the two sides’ attacking threat should not be overlooked and I fully expect Rovers to have too much for what is an extremely average Shels side.

It’s not exactly been plain sailing for either of these two sides this season, although it was probably never expected to be given the changes both clubs went through in the off-season. The atmosphere could be fairly toxic at Richmond Park on Friday with Dundalk Head Coach, Stephen O’Donnell returning to Inchicore for the first time since his controversial departure from St.Pat’s just a matter of days after he had led the Saints to FAI Cup glory.

New Pats boss, Tim Clancy was well backed upon stepping into to fill O’Donell’s place in the Saints hot seat with a raft of big-name signings secured in the transfer window, including Eoin Doyle from Bolton Wanderers. However, Pats fans have already begun to question the former Drogheda United manager as many feel he is not getting the best out of the players he brought in.

Only once in the opening eight matches have Pats really put a team to the sword by scoring more than two goals in a game and even on that occasion (a 3-0 win away to Shelbourne on the opening night) the scoreline probably flattered his side. Three losses from eight matches is not a return supporters would have expected from Pats and as a result, they already find themselves seven points behind the relentless league leaders Derry City.

As for Dundalk, five draws from eight matches could be viewed as frustrating but they’ve only suffered the one defeat, albeit a surprise defeat to local rivals Drogheda, but O’Donnell’s charges responded well on Friday with a professional 2-0 win at home to bottom side UCD.

Of the five H2H meetings between the teams last season, both teams scored in three of the matches and with both managers still trying to find their feet and perhaps their best systems, an entertaining game could be on the cards here.

It was another win and another set-piece goal for Galway United at home to Cobh Ramblers last time out (1-0) and it will be absolutely no surprise if this game follows a similar script. Despite sitting second in the table after 5 wins, 1 draw, and just 1 defeat, Galway United have been absolutely awful to watch this season with manager John Caulfield coming under repeated heavy fire for his conservative approach to the game.

The former Cork City boss has heard it all before however, and he’s unlikely to change in how he sets up this clearly talented group of players. It’s a shame such a quality-filled squad isn’t been allowed to display their talents in a more flamboyant way but if it continues to get results and achieves the ultimate goal of promotion then such criticism will be quickly swept aside.

No team in the entire country conceded more goals than Wexford last season and sadly they’ve been unable to stem the flow this year with a momentary lapse in concentration allowing Cian Murphy to head home totally unmarked for Cork City’s winner in Ferrycarrig Park on Friday.

Wexford made it difficult for the league leaders for long periods and while I expect them to do similar against Galway, the fact is Ian Ryan’s men have now shipped 14 goals in just 7 matches, only bottom side Athlone have a worse defensive record. Such a trend can not continue if Wexford have any sort of play-off ambitions this season and with Galway carrying such a threat from set-pieces (including long throw-ins) they are more than likely to find a way through here and secure the three points.

It’s a good time to be a Derry City fan with the Candystripes sitting pretty at the top of the league, following an unbeaten start to the season (W6, D2, L0). What better way to mark such a great start to the new campaign than a win over local rivals Finn Harps?

From what I’ve seen in recent weeks, they stand every chance of picking up another three points too with City delivering a professional and no fuss display during a 2-0 win at UCD on Monday night, while Finn Harps were pumped 3-0 at home to Shamrock Rovers.

Not only that but Harps keeper’ Mark Anthony McGinley, who has bailed Ollie Horgan’s men out of trouble time after time down the years, was sent off meaning they’ll be without him for the visit of a free-scoring Derry City.

Derry boss Ruaidhri Higgins has already made some tactical adjustments this season, most notably moving from a back four to a back five and shifting Cameron Dummigan into a holding role, a position he has taken to like a duck to water. Players like Will Patching and Jamie McGonigle are on fire while there are also goals coming from the back in Ronan Boyce (two in his last two) while central defensive pairing Eoin Toal and Shane McEleney look safe as houses in defense.

To put it simply, there is an awful lot to like about how Derry City are going about their business this season. As for Harps, they bounced back from the hammering against Rovers to claim a point in an entertaining 2-2 draw at home to Drogheda on Monday night. However, the level of defending displayed by both sides in that game will only given Ruaidhri Higgins and his players all the encouragement in the world that they can go to Donegal and leave with yet another three points.

Finn Harps sit second from bottom having only won one of their eight matches and losing four times.

The game known to the locals as “El Clasico” takes place on Saturday night but sadly this Midlands derby between Longford and Athlone is one of the most uncompetitive local rivals you’ll come across. Including friendlies, Longford are unbeaten in their last 17 meetings with Athlone and there’s no reason to suggest such a streak will end this weekend.

On a more positive note, Athlone did manage to pick up a first point of the season in a 1-1 draw with a poor Bray Wanderers side on Friday while Longford Town undoubtedly left two points behind them at the RSC as Waterford scored with the last kick of the game to salvage a point when they really didn’t deserve one (1-1).

On Monday night, Athlone Town made the trip to Limerick to face Treaty United with the home side running out 2-0 winners, a result which meant for the first time this season Athlone Town failed to get on the scoresheet. Despite their wretched start, Athlone have shown glimpses of quality, particularly in attack with Carlton Ubaezuonu and Thomas Oluwa, who scored against Bray, both speed merchants who will trouble many a back four. However, at the other end, Athlone have conceded an eyewatering  19 goals in just 7 matches.

With Longford Town on a good run of form (2 wins and a draw in their last 3 matches) and at home in a fixture they have totally dominated over the years, anything other than a win will not be palatable to their supporters here.

After a dream start to the season that had some pondering if Sligo Rovers could indeed by surprise title contenders, such notions were quickly squashed in recent days with the Bit O’Red losing back-to-back home matches against fairly poor sides in Shelbourne and Bohemians respectively.

There’s no doubt that the poor condition of the Showgrounds pitch is having a negative impact on Liam Buckley’s side while the manager himself rightly came in for flack after making wholesale changes prior to the Shelbourne defeat, this despite the fact his side should have been fresh after an international break.
UCD meanwhile already looked like a nailed-on prospect for a bottom-placed finish after consecutive 2-0 defeats against Dundalk and Derry City. While such results are far from surprising, it’s the manner of the losses which would worry me greatly. UCD were one of the most attractive and free-flowing sides to watch in the First Division last season but naturally, things just haven’t come as easy for them in the top-tier this term.

UCD’s apparent inability to mix things up and play a more direct game has left them looking toothless in attack and the stats back such a claim up with the College failing to score in all but two matches this season.

Sligo Rovers missed a host of clear-cut chances during Monday’s defeat to Bohemians so if they can polish up on their finishing then there’s every chance they can get back to winning ways here. Certainly, they shouldn’t face too many headaches at the opposite end of the field.

Sign up to Betfair and get a full refund if your first bet loses. Grab an account through the offer below and place £20 on the 13/1 Irish Football Best Bets Accumulator. Here are the two possible outcomes: