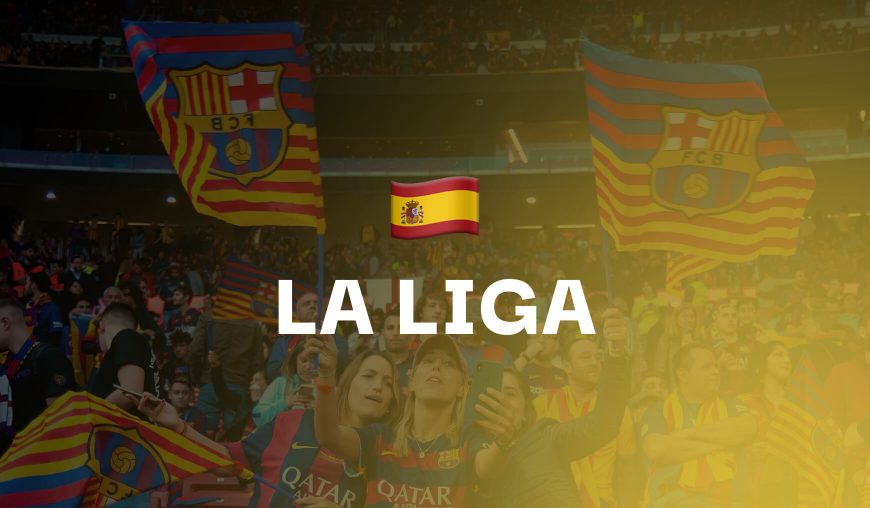 When they met earlier in the season, it’s was Real Sociedad’s style that won out in a game of very few chances, as the Basque side won 1-0. They had just two shots on target that day, whereas Levante had none.

With the stakes now higher as we reach the business end of the season, there will surely be some more goalmouth action on Friday night, but it wouldn’t be a surprise to see another game of few goals. Real Sociedad are one of the best teams in the league in a tactical sense and should be able to impose their style, even on the road, as they have done for most of the season.

Real Mallorca vs Granada is actually one of the most important fixtures of this entire matchday, as this is the definition of a relegation six-pointer. Granada are currently 18th on 31 points yet they have Real Mallorca within touching distance, just one point ahead. The stakes could hardly be higher.

We should expect goals and the huge odds for over 2.5 goals are a little surprising. Both of these sides do sometimes play defensive-minded football, but not so much when they face direct rivals of similar quality. In the past month, Real Mallorca have faced one direct rival and that was a 2-1 win over Alavés, while Granada have had a few other six-pointers in recent weeks and these finished as a 3-2 win over Alavés, a 2-2 draw against Rayo Vallecano and a 4-1 loss to Levante.

Both clubs have hired new coaches in the past month and both Javier Aguirre at Real Mallorca and Aitor Karanka at Granada have shown in this short space of time that they don’t want to just sit back when they’re facing a beatable opponent. This, therefore, should be a more open and back-and-forth game than many are predicting.

Ironically, Valencia have made this league game even tougher for themselves by not winning the Copa del Rey. The fact that it was Real Betis who won the cup means that seventh place in the LaLiga Santander table is now the final European spot, offering a ticket to the Conference League. In Bilbao, they love those European nights and haven’t competed on the continent in four years now. So, they desperately want that spot and are only one point behind seventh-placed Villarreal going into this weekend.

Valencia, meanwhile, may still be suffering a Copa del Rey hangover. They just drew with their city rivals Levante, who are inside the relegation zone, a match in which captain José Gayà was sent off, meaning he’ll be suspended for this game.

This fixture, therefore, is very one-sided in terms of the motivation levels. Given that both squads are of similar quality, that could be the decisive factor, along with the home advantage that San Mamés brings.

The mood around Celta Vigo and around Alavés this week could hardly be more different. At Alavés, there is positivity and optimism, having won two of their past three matches to give themselves a chance of survival, with the arrival of new coach Julio Velázquez having revitalised the team. At Celta Vigo, they have the worst form in all of LaLiga Santander across the past six matches, while there is a very uneasy mood in the camp this week after striker Santi Mina – who has many friends in the dressing room – was given a four-year prison sentence.

As much as Celta Vigo are a better football team, making them heavy favourites for this game with the bookies, Alavés might be able to take advantage of the contrasting momentum at the two clubs and the fact that the Galician side are firmly in mid-table with nothing to play for, whereas everything is on the line for Alavés.

Velázquez’s team had a similar situation last weekend when they faced Villarreal, a better-quality team but a distracted team because of their Champions League semi-final. Alavés deservedly won that game 2-1. This weekend, they’ll look to carry on that momentum.

This is a big game and opportunity for Cádiz, who are currently just one point above the relegation zone. By taking seven points from their past three games, Elche are in a much more comfortable position and now have an eight-point cushion, but Cádiz still have work to do.

Luckily for Cádiz, Elche will make the trip across the country with a few absences, due to injury and suspension, especially in defence. Cádiz, meanwhile, are welcoming back players, so should be close to full strength.

Although Cádiz lost their past two home matches, those defeats were narrow ones – a 2-1 vs Real Betis and a 3-2 vs Athletic Club. On both occasions, Cádiz were the better team, yet came up short against teams with superior quality. This weekend, they face a very beatable and depleted opponent, so the home fans will make their way to the Estadio Nuevo Mirandilla believing they can win.

It looks like the race to finish inside the top four will go down to the wire and fifth-placed Real Betis will hope to pick up at least a point when Barcelona come to town on Saturday night. Although second-placed Barça appear to have their Champions League qualification secured, they can’t take it for granted yet and that makes this a significant game.

Barcelona’s recent form hasn’t been great, but, weirdly, they’ve most struggled in home matches against weak opposition. They still don’t know what to do when smaller sides come to the Camp Nou and park the bus. But, this is not that scenario at all.

Since taking over in November, Xavi has only lost one of 17 away matches in 90 minutes, which was the Champions League group stage trip to Bayern Munich. When going on the road, his side have played well, especially when up against opponents who don’t just sit back. When facing stronger opposition who leave some space in behind, Barcelona have exploited this, for example in their big away wins at Real Madrid, Villarreal and Napoli.

Tactically, this game seems like the perfect opportunity for Barcelona to remind the doubters of what they’re capable of, as they prepare for a fresh start next season.

Sign up to Betfair and get a full refund if your first bet loses. Grab an account through the offer below and place £20 on the 8/1 La Liga Best Bets Accumulator. Here are the two possible outcomes: