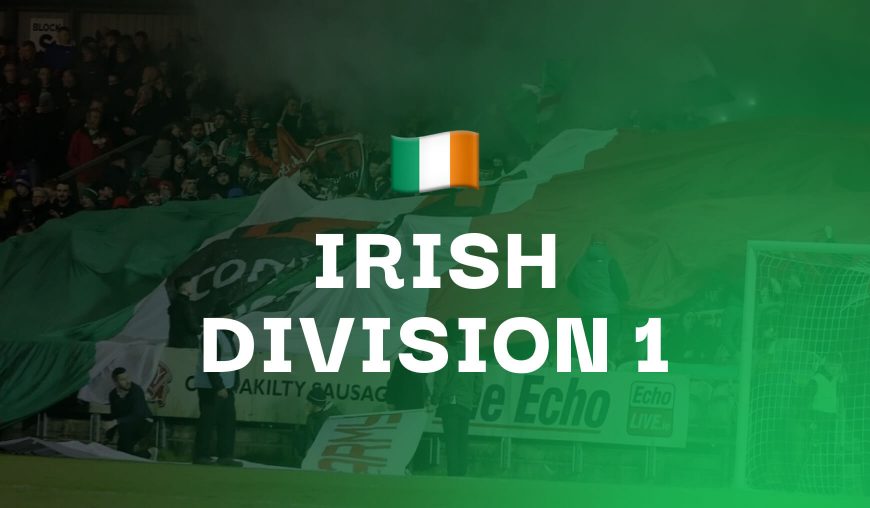 The First Division returned last weekend after the mid-season break but it appeared as if Cobh Ramblers were still on the beach as they suffered a humiliating 5-2 defeat away to Athlone Town. While losing by such a scoreline would be embarrassing any time for a club, to lose so heavily to a side who were yet to win a game this season has got to have dented confidence and morale levels majorly around the club.

Cobh Ramblers season had already been considered a write off for months but Friday’s defeat to Athlone now means they may have a fight on their hands to avoid finishing rock bottom this season with just four points now separating themselves and Athlone at the foot of the table.

As for Wexford, they still have plenty to play for this season with the South-East club very much in contention for the final play-off place on offer. A draw at home to the side directly above them in the table (Treaty United) was a steady way to start the second half of the campaign and Ian Ryan’s men can look to build on that result now with what would be an important three points at St.Colmans Park.

Historically, this has been a high scoring fixture with three or more goals scored in the last six H2H’s and with just three clean sheets between the two sides all season long, that’s a trend which may continue here.

Wexford will be seeking a fourth straight win over the Rams on Friday and with their direct promotion rivals Treaty playing at home to bottom side Athlone this makes the game against a bang out of form Cobh side all the more important. Three points here will keep Wexford well in the mix for a play-off spot and I fancy them to get the result required.

Last Friday’s 5-2 win at home to Cobh Ramblers will have lifted a tonne weight off the shoulders of the Athlone Town players and everyone associated with the Midlands club as the threat of a washout season began to look a possibility. The County Westmeath side were the only team in the country yet to win a game this season before the visit of Cobh Ramblers last weekend but the big question now is can Athlone use that result as a building block or was it just a flash on what’s been a tepid pan this season?

Treaty United are not exactly in flying form themselves at the moment with the Limerick side winless in their last eight games but half of those have been draws. At home, Treaty have been difficult to beat of late, drawing their last three and scoring plenty of goals. In fact, Treaty have scored exactly two goals in six of their last seven home matches.

A 1-1 draw away to Wexford last time out was a steady way to restart the campaign following the summer break and that word “steady” is probably the perfect way to sum out this Treaty side so far this season. The same could not be said about Athlone Town which raises questions over their ability to follow up on last weekends win.

Treaty beat Athlone 2-0 at the Market Fields earlier this season and given they enjoy home advantage again here, they look good value for victory here.

Sign up to Betfair and get a full refund if your first bet loses. Grab an account through the offer below and place £20 on the 2/1 Irish Football Best Bets Double. Here are the two possible outcomes: