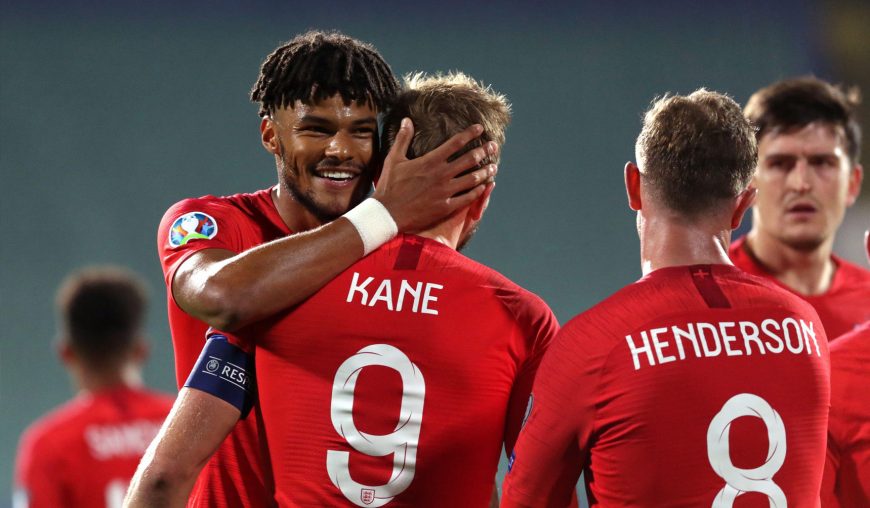 England continues their preparation for the 2022 World cup in Qatar with the start of the Nations League. Gareth Southgate’s side is in League A group 3 along with Germany, Hungary and Italy and kicks off the campaign tonight at the Puskas Arena against the Hungarians. With the end of the domestic season and England tacking to the field for the first time this summer I thought I would have a look through all the statistics for both these sides and try to piece together my top 3 bet builder tips as well as the usual pre-match cheat sheet along with predicted lineups for anyone looking to place these and any other bet on this match.

The last time that England travelled to Hungary their 4-0 victory was overshadowed by racist abuse, and as a result, it was thought that today’s fixture would take place behind closed doors. However, incredibly it is expected that just under 30,000 fans will fill the seats of the stadium as children and guardians are permitted to attend.

Hungary have found themselves in a ‘group of death’ for the Nations League, they performed well in the World Cup qualifiers picking up results against both Poland and England but ultimately to no avail as they finished 4th in the group on 17 points, failing to book their place at Qatar or the playoffs. The Nations League could see a similar result as they will have to overcome both Euros finalists and the 4-time world champions to top the group.

The Three Lions will still be feeling their loss in the final at Wembley however this tournament offers them a great opportunity for both revenge on the side that beat them and a chance to lift some silverware having not won the World Cup since ’66 and never winning the European Championship.

Hungary welcomes England to Budapest having won just two of their last six home matches in all competitions, this is a concerning stat for Marco Rossi’s side, especially when considering the two victories were against 211 ranked San Marino and Andorra who sit 153rd in the FIFA rankings. As a result, it is likely this Nations League campaign may prove slightly more difficult than their two successive promotions from League C and B in the previous two campaigns.

England on the other hand will be in high spirits with manager Gareth Southgate being awarded a new contract which will see him take charge of England till at least 2024, which came as England eased into the 2022 World Cup unbeaten in 10 Qualifying matches – topping Group I. Since the final of the European Championship in early July England has played 9 games, winning 7 in 6 of those victories this selection has landed and landed comfortably. In that period England won 10-0 against San Marino, 5-0 against Andorra and Albania and 4-0 against Hungary.

As a result, it appears that England have a tendency to dominate their opponent, frequently winning by a margin of 2 or more goals. If we look at the odds being offered on the result of this match Paddy Power appears to offer a more than a significant boost for a 1 goal handicap considering England has only won 1 game by less than 2 goals in the last 11 months. The England (-1) Handicap is priced at 2.38 on Paddy Power and seems like a very strong selection.

The previous 2 friendly matches played by England saw Southgate taking the opportunity to experiment with his XI, and the Nations League provides the last chance for those seeking a place in the boss’s Qatar plans so I expect to see similar rotation. This might be concerning for some for the success of this and the previous selection. However, five goals were scored and only one was conceded as England claimed a pair of friendly victories over Switzerland and Ivory Coast back in March with this selection landing in both fixtures. Equally, England won 4-0 the last time they travelled to Hungary and I expect over 2.5 goals in this match as well.

This selection has landed in 9 of England’s last 12 games across all competitions and for Hungary, it has been successful in 3 of their last 5 games played against sides in the top 15 of the FIFA rankings.

In the World Cup Qualifiers, England themselves averaged 3.9 goals per game which has been skewed by the 10-0 victory over San Marino however this stat does still demonstrate that Gareth Southgate’s side is lethal in front of goal and there is certainly the potential for them to score 3 goals on their own in this fixture. Coupled with Hungary’s ability to score as their proved with victories over sides like Poland this selection should land with little difficulty.

Over 2.5 goals is priced at 2.0 on Paddy Power and seems like a strong selection.

Portuguese referee Artur Soares Dias averages 4.94 yellow cards per game an average that if met will be more than enough for this selection to land. This selection has been successful in 21 of the previous 22 games he has officiated spanning all the way back to September 2021. This high frequency of cards also spans 5 separate competitions including the Europa League, Portuguese League, the Nations League and World Cup qualifiers. As a result, it is clear that the match official for this fixture has a tendency to produce a high number of cards both internationally and in club competitions so it would not be a surprise if this fixture saw at least 4 cards.

Equally, Hungary average a high number of fouls per game. If the 11.8 fouls per 90 are met in this fixture, then it is likely the referee will see 4 or more of them as bookable offences. This selection landed the last time England travelled to Budapest as the Hungarian players received 3 yellow cards and the English players 2.

Over 3.5 cards in this fixture is priced at 1.91 on Paddy Power and with the referee’s consistency of high card games, this selection seems well priced and has a high chance of landing.

Back the 7.2/1 Hungary v England Bet Builder below ⬇️

Sign up to Paddy Power and get a full refund if your first bet loses. Grab an account through the offer below and place £30 on the 7/1 Hungary v England Bet Builder. Here are the two possible outcomes:

How to watch Hungary v England in the UEFA Nations League