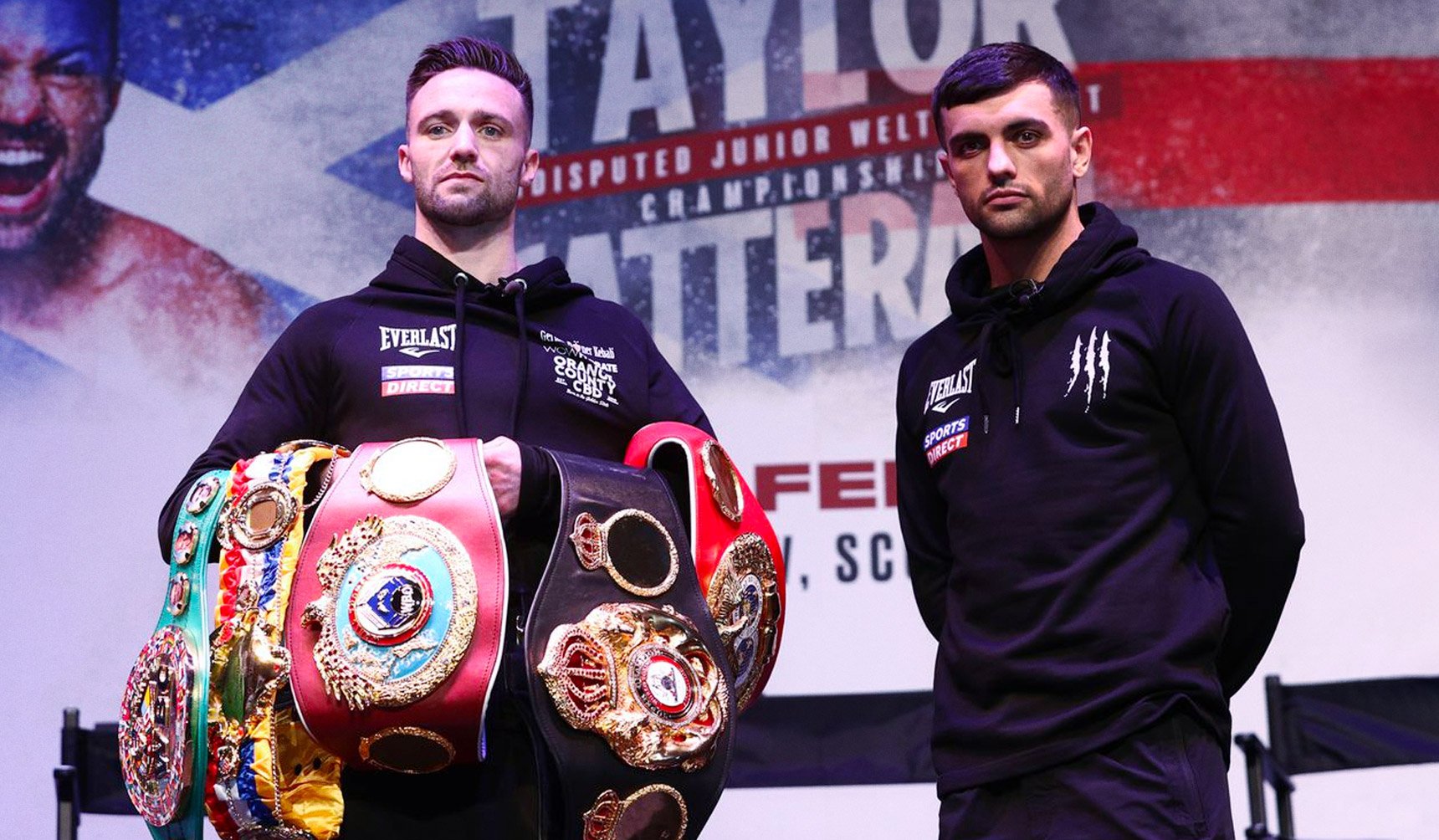 History is getting made in Glasgow on Saturday evening as it is the first fight between British fighters for all four belts in a weight-division when Scottish undisputed Super-Lightweight holder Josh Taylor (18-0, 13 KO’s) faces a challenge from across the border in Jack Catterall (26-0, 13 KO’s). Catterall is the WBO mandatory contender and accepted step-aside money from Jose Ramirez to allow the unification fight with Taylor, which Ramirez lost on points last May. Josh Taylor made history that night by becoming the first British four-belt undisputed champion.

For the 31-year-old Taylor, that victory over Ramirez was a culmination of beating almost everyone at the higher ranks of the division. He must be considered Britain’s #1 pound-for-pound fighter and has a reputation for dominating sparring sessions against other world ranked fighters. When he was a 2-0 pro, he gave Shawn Porter a fair going over in the gym, and more recently he gave 147lb belt-holder Yordenis Ugas a chastening experience. He has already beaten the number 2 and 3 in the division, plus another couple of very solid top 10 ranked fighters in what is a very competitive weight class. The “Tartan Tornado” can box, he can also fight, and he does so aggressively, working the body and head from his southpaw stance. Taylor also has power and hits with authority with almost every punch, as even in his points wins he registers knockdowns. Taylor had Ramirez down twice (in the sixth and seventh rounds), and Baranchyk down twice (both times in the sixth round). In eleven scheduled 12-rounders, Josh has scored 7 stoppage wins, 4 of those in rounds 5-7.

The uncharismatic Catterall has found his way to mandatory contender status without having to do all that much.  He has more pro fights under his belt than Taylor, and is three years younger, yet the record doesn’t match anywhere near the level that Taylor has been operating at.  The best win on his record is very likely to be the points win over fellow Englishman O’Hara Davies, a man Taylor thrashed a year earlier by 7th round stoppage.  He has also struggled against the likes of Tyrone McKenna, just scraping home on points over 10 rounds.  Also concerning for fans of the contender from Chorley is that he hasn’t fought in 15 months, and here he is fighting someone who looks to be a clear level above, and with a penchant for inflicting pain and humiliation on opponents he knows he is better than.

All this brings me to the verdict. Taylor will be roared on by a vociferous home crowd, and once he has the first two or three rounds out of the way and warmed up he will not disappoint. He will want to show the rest of the world he is ready for much bigger fish in the weight division above and I expect him to get a brave, but outclassed Catterall out of there in the middle-third of the fight. On that basis I have a couple of fun plays at decent prices to be considered as the value for Taylor to win in rounds 5-8 has already been taken.

My boxing expert has picked out the following bets 👇🏼

Sign up to Paddy Power and get a full refund if your first bet loses. Grab an account through the offer below and place up to £30 on the Josh Taylor v Jack Catterall fight. Here are the possible outcomes if you took the higher odds bet at 20/1: