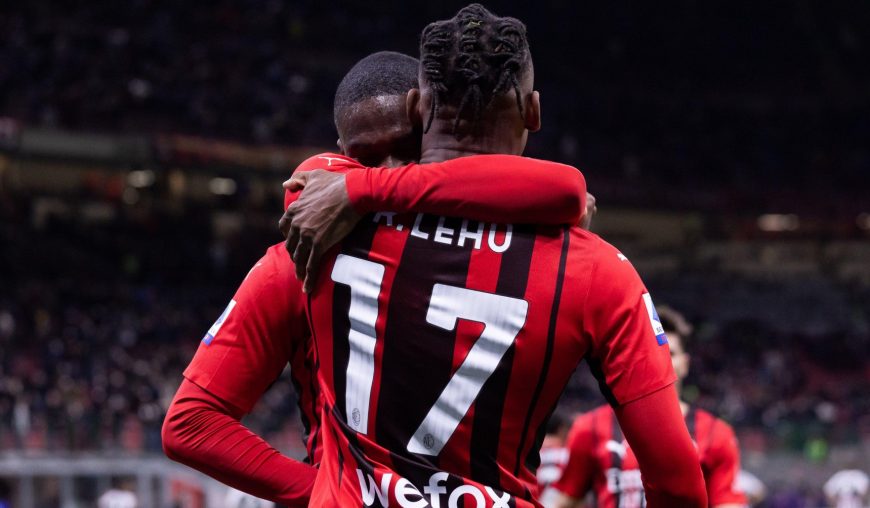 It’s heating up at the top of Serie A with only 5 games to play as Lazio take on AC Milan at the Stadio Olimpico on Sunday evening. This game is massive for both sides, AC Milan look to keep the pressure on their city rivals with Napoli also still in the title race. Lazio are fighting for a top 6 finish, and it looks to be a three-horse race there also, with either Lazio, Fiorentina or Roma looking likely to fall just short.

AC Milan suffered a heavy defeat to Inter in the semi-final of Coppa Italia midweek and will look to bounce back here to try to ensure that their bitter rivals don’t get the better of them in the title race too.

An out of sorts Lazio side were held to a draw at home against Torino last time out with a large majority of their team playing through the game with illness, which means that the squad have had a severe lack of match training and preparation in the build up to this clash. The illness struck players look to be available for Sunday, but their match fitness remains a question.

Despite the game being held in Rome, Milan fans look to take over the Stadio Olimpico with Lazio fans boycotting the game due to high ticket prices which could prove to be a huge boost for the Rossoneri.

This is a must win for both sides, which could either lead to a high scoring thriller or it could be a cagey low scoring affair as Scudetto chasing Milan challenge Lazio seeking a top 6 finish. Take a read of my bet research below along with the usual Cheat Sheet for this Serie A battle!

AC Milan are looking to overcome Lazio for the third time this campaign, but it is lining up to be a cagey affair in Rome as neither team can afford to drop points.

Lazio have faced some issues this week both on and off the pitch, the flu that has flooded the Lazio camp has somewhat ruined Lazio’s match preparation this weekend and a battle against their own fans with ticket prices means that the Stadio Olimpico could be full of Rossoneri which could prove to be the difference in this tense game.

Milan have only been beaten once from their last 5 meetings against Lazio and have only suffered defeat once in their last 5 away trips to Lazio too so this is clearly a more favourable fixture for them than Lazio.

AC Milan have the most clean sheets in the league this campaign, displaying their defensive expertise which is part of the reason they have conceded the 3rd least goals with only 29 shipped so far (0.87 per game). AC Milan have also been decent at the other end of the pitch, scoring 1.8 goals on average per game and arrive at Lazio who concede 1.46 per game.

In Serie A, Milan have only lost one game on the road this season which came against Fiorentina in a 7-goal thriller. The Rossoneri’s last league defeat came all the way back on January 17th and haven’t shipped a single goal thanks to Kalulu and Tomori forming a solid centre back partnership in the long-term absences of Romagnoli and Kjaer. To further show their impressive defensive record since the turn of the year, Milan have only conceded 7 goals which only Liverpool have bettered.

I think AC Milan will have too much quality for Lazio here, but I am going for a safer option with AC Milan or draw in what looks to be small margins between the sides.

Ismael Bennacer to be Shown a Card

The second selection of the bet builder focuses on AC Milan’s Ismael Bennacer. The Algerian defensive midfielder has proved himself as a starter for Milan in the second half of the season and looks to start again alongside Tonali in his usual spot on the right of the midfield.

The main reason for this selection is that Bennacer will be up against the eighth most fouled player in Serie A, Mattia Zaccagni. Lazio’s right winger averages a staggering 3.72 fouls per game and will be playing on Bennacer’s side of the pitch so the two could clash here in this intense game. The Algerian will also be up against Alberto in a midfield battle for this must win game for both sides, so flying tackles could be on the cards in Rome.

Bennacer has picked up 5 yellows from just 15 starts and 12 appearances from the bench, he has a fair temper on him, and it won’t take much to get in referees book here with Marco Guida averaging 5 yellow cards per game.

This is setting up to be a fiery affair with the two Italian giants locking horns with lots at stake for both teams. It could be small margins that separate the two and frustration could kick in so I am expecting a few bookings at the Stadio Olimpico.

Prediction: Ismael Bennacer to be Shown a Card

Rafael Leao to have 3+ Shots

In Milan’s bid to take advantage of Lazio’s weakened side they will look to come out of the blocks in an attacking fashion, with Rafael Leao bringing that injection of pace and a lethal goalscoring threat to the team. The Portuguese is clearly highly rated by his manager with Stefano Pioli singing his praises in a recent interview, comparing his attacker to Kylian Mbappe and Thierry Henry.

Milan have the second highest shot count in the league with 15.6 on average per game against a  Lazio side who’s games are usually high scoring, meaning that they face 12.5 shots per game. Leao averages 3.24 shots per game in Serie A which makes for good reading for this selection.

Leao clearly loves a ping at goal with 2 of his last 3 Serie A matches seeing him have 3 or more shots at goal. Against Bologna at the beginning of the month, where Milan were held to a stalemate. Leao had 8 shots at goal showing his love for shooting! The beauty of this selection is that it doesn’t matter if his shots are blocked or into the stands unlike the on-target market.

Leao has been the biggest threat in attack for Milan this season, currently their highest goal scorer of the campaign with 12 netted so far and should cause Lazio all sorts of problems here. 58% of Lazio’s shots against come from inside the 18-yard box where Leao is most dangerous with 46 of his last 75 shots coming from within the opponents box.

Prediction: Rafael Leao to have 3+ Shots

Sign up to Paddy Power and get a full refund if your first bet loses. Grab an account through the offer below and place £30 on the 5.46/1 Lazio v AC Milan Bet Builder. Here are the two possible outcomes:

How to watch Lazio v AC Milan in Serie A