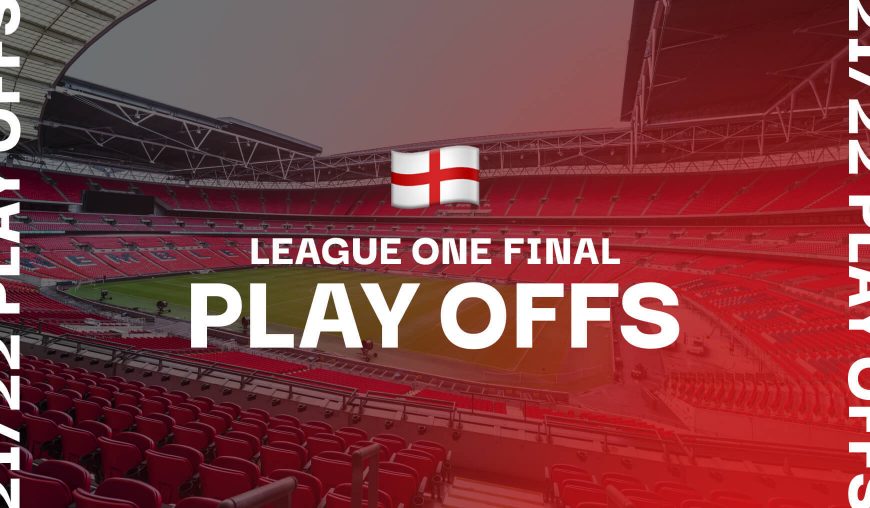 Wycombe Wanderers take on Sunderland in the League One play-off final at Wembley Stadium, with the weight of expectation on the Black Cats’ shoulders. Sunderland were defeated 2-1 by Charlton Athletic in the 2018/19 fixture, while the Chairboys beat Oxford United in the 2019/20 edition to the same scoreline.

Sunderland have gone from strength to strength under Alex Neil in the last few months, following the somewhat controversial sacking of Lee Johnson soon after the turn of the year. On the other side of that Gareth Ainsworth is approaching ten years in charge of Wycombe, and will be spurred on by the underdogs tag heading into the final.

Wycombe were narrowly relegated from the Championship last season and clinched sixth spot in the third tier on the final day of this campaign. The Black Cats were in and around the automatic promotion places before a dramatic drop-off meant that Neil had to arrest their slide, before pushing back into the top six.

With the stakes so high it will be fascinating to see how both sets of players handle the occasion. The Black Cats edged out initial play-off favourites Sheffield Wednesday in their semi final, while Wycombe conquered third placed Milton Keynes Dons. The Black Cats took four points off of the Chairboys in the league, with a memorable 3-3 draw at Adams Park one of the most exciting games in the League One season.

Patrick Roberts to have 1+ Shots on Target

Roberts has demonstrated exactly why he was such a highly rated youth prospect at Sunderland in the last month or so. The 25-year-old, now finally free from his hefty contract at Manchester City, is looking to kick on in English football and scored the tie-winning goal at Hillsborough Stadium in the semi final second leg. The former Fulham man was influential in both legs of the semi final, has a lot of freedom off the right flank and is capable of the spectacular.

Roberts is a big game player and scored an enormous goal, from range, to help keep Derby County in the Championship in the final game of last season. With Ross Stewart, who has scored four goals in two games against Wycombe this term, occupying the backline and chipping in with his intelligent link-up play, there will be spaces to exploit for Roberts, Alex Pritchard and Jack Clarke. The trio are all capable of making decisive contributions in the game, but the latter two are more unselfish than Roberts and will look for him when picking up possession in dangerous areas.

This selection would have copped in Roberts’ last four appearances for the Black Cats, and with Wycombe likely to concede possession at Wembley, there will be opportunity for shots from range, if Sunderland struggle to break Ainsworth’s men down. Roberts is not shy with the ball at his feet, can surprise defenders with late runs into the box and will attempt to work shooting opportunities on either foot. With the form he is in, 4/5 is a nice price to throw in as the first selection.

Prediction: Patrick Roberts to have 1+ Shots on Target

Anthony Stewart to be Shown a Card

Anthony Stewart could have his work cut out in the Chairboys’ backline on Saturday. The 29-year-old has picked up eight cards this season, seven yellow and one red, and is whole-hearted in the tackle. Jack Clarke operating off of the left flank is where this angle comes from.

The Tottenham Hotspur loanee loves to cut inside, onto his stronger right foot, to work shooting and crossing opportunities. Should Jason McCarthy not break up play at this instance, it could bring Stewart into play defending against the 21-year-old. If Sunderland do go ahead in the game, Wycombe will have to spring out and would leave themselves open on the counter-attack, and the Black Cats certainly have the personnel to make the most of that.

In terms of Stewart’s full-blooded style of defending, it can be take the ball or the man, and given the skill of the Sunderland front four and even the other technicians they have in midfield and at full back, that approach could backfire. On the other hand, if Wycombe take the lead rather than go behind, they are the masters of running the clock down which can lead to more being handed out as the game goes on. In a range of scenarios there is a reasonable chance that Stewart gives the referee a decision to make, and the talent of the Sunderland attacking contingent will make it impossible for him to stand off and have a quiet afternoon.

Prediction: Anthony Stewart to be Shown a Card

The Black Cats have far more angles of attack than Wycombe and for that reason are rightful favourites to win promotion. In Sam Vokes and Garath McCleary, Sunderland will have to defend well to keep them at bay, but with the commanding partnership of Danny Batth and Bailey Wright at the heart of defence, the Wearsiders will give as good as they get on Saturday.

They were really only opened up once in the two legs against Sheffield Wednesday, who have been one of the best attacking teams in the division over the last six months. The options from the bench that Alex Neil has could play a huge role as well, if the score is tied after 90 minutes. In Aiden McGeady, Leon Dajaku, Elliot Embleton and Dan Neil, Sunderland have genuine game changers to introduce when necessary, where the same cannot be said for Wycombe.

Sunderland got over their Wembley hoodoo by winning the Papa John’s Trophy last season and have a nice blend of youth and experience in the squad to handle the occasion. The big pitch suits the Black Cats far more than it does the Chairboys, and their new-found defensive organisation puts them in a very strong position to make the leap back to the second tier. Sam Vokes will cause problems and they will have to defend well against Jordan Obita and McCleary, but if they can get a stranglehold of possession and territory, they have the quality to breach Wycombe’s resilient backline on more than one occasion.

Back the 19/2 Sunderland v Wycombe Wanderers Bet Builder below ⬇️

Sign up to Paddy Power and get a full refund if your first bet loses. Grab an account through the offer below and place £30 on the 19/2 Sunderland v Wycombe Wanderers Bet Builder. Here are the two possible outcomes: