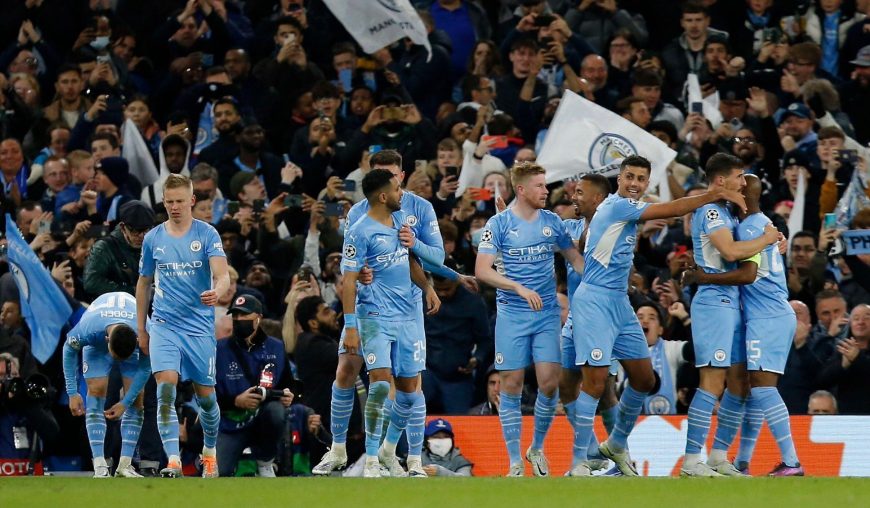 Saturday evening’s Premier League action sees league leaders Manchester City make the trip to take on Leeds. City will see this fixture as critical, as a win is needed in order to advance towards the league title this season. Meanwhile, Leeds will be wanting to clinch as many points as possible to distance themselves from the relegation zone. With action in this game looking likely, I’ve prepared a bet builder to preview this fixture.

Manchester City are currently top of the league by only one point. With Liverpool breathing down their necks, every fixture until the end of the season is seen as vital, as any form of slip up could result in gifting the league to a chasing Liverpool side. After participating in a chaotic Champions League fixture against Real Madrid in midweek, City can take their performance against the European heavyweights as a positive, as they arguably could’ve won that game by a larger number of goals. Bringing that momentum into the game against Leeds, City will be wanting to use this fixture as a stepping stone to enter the second leg against Real Madrid next week in good form.

Leeds are in a different position, as they are occupying 16th spot, being fairly close to the bottom of the table. They are five points clear of the first relegation spot of 18th position, but they have played one extra game. Because of this, every point that Leeds can grab between now and the end of the season will increase the chances of putting themselves in a more secure place in the table. Despite being given an extremely difficult chance at getting some points with a game against Manchester City, Leeds will surely not write themselves off regardless of the challenge that is presented.

Manchester City have the best away form in the Premier League. They have won 12 of their 16 away games, which results in a pretty good collection of points when on the road. They are unbeaten in their last seven games in the league, and the only away game that they lost was against Tottenham which was the first game of the season. Leeds have the 17th best home form in the league, which won’t fill them with confidence, only picking up four wins in their 16 home fixtures. Although they are unbeaten in their last five games in the league, it will be a challenge for Leeds to keep that run going.

With the reverse fixture ending in a 7-0 win for City, it will be interesting to see how this game pans out. Have a look at my bet builder selections below, as well as the Cheat Sheet, and enjoy some Saturday evening Premier League football.

If there’s one thing that I’m expecting in this game, it’s goals. We can look at the reverse fixture, recent form and even City’s seven goal thriller in the Champions League to anticipate an action-packed fixture between these two sides.

Both Manchester City and Leeds have seen over 2.5 goals in five of their last eight league fixtures. This shows the extent of entertainment that is provided in fixtures with these sides, whether that be goals scored or conceded. Leeds typically are on the wrong side of goalscoring action, as they have conceded three goals or more on 13 occasions in the league this season. Not only this, but when they concede, it can be an avalanche. This is proved by their 7-0 loss to City, 6-0 loss to Liverpool, 4-0 loss to Tottenham and 5-1 loss to Manchester United. If the goals start flowing in for City on Saturday, you’ll have to fear for the amount of times that the ball will end up in the Leeds net.

Manchester City, conversely, have scored three goals or more on 12 occasions in the league this season, which highlights their ability to tear teams apart. With Leeds’ record of falling apart when conceding, it wouldn’t surprise me if Man City put together a ruthless performance, so that they can take momentum into their Champions League second leg next week.

Man City have scored in 88% of their away fixtures this season, showing their ability to take advantage of their opponents whilst they are on the road. Leeds have the exact opposite record, as they have conceded in 88% of their home league fixtures this season. These numbers lead to a conclusion that it is likely that Man City can convincingly win against Leeds, with a nice handful of goals to their name.

Something to keep an eye on, is that Leeds have scored in 75% of their home matches this season. This means that even if Man City start running away with the game, don’t rule out Leeds’ ability to grab themselves a consolation goal to add to the match tally of goals.

Kevin De Bruyne to have 1+ Shots on Target

Looking at Manchester City’s army of attacking quality, I’ve tried to deduce who will be involved against Leeds. With Pep Guardiola not afraid to rotate his side, I’ve done some investigating to work out who will regain their place in the starting lineup ahead of a critical Champions League fixture next week. Eventually, I’ve landed on the ever-reliable Kevin De Bruyne to have one shot on target or more in the match.

Looking at De Bruyne’s league games this season, he averages a total of 3.03 total shots in these matches, with an average of 1.27 shots hitting the target. With knowledge of De Bruyne’s quality being recognised worldwide, it doesn’t need much explaining that the Belgian is continuously a main, critical source of goalscoring chances in the Man City team. Leading the world of football in terms of ability in his position, De Bruyne is a versatile player who can be involved in all areas of the pitch. Having an average shot distance of 18.8 yards, this shows that he’s not afraid to test the keeper from distance. With his quality, it won’t be often that he misses the target from these scenarios.

Whilst navigating some injury issues throughout the season, De Bruyne is in a nice patch of being fit, which is something that Pep would like to take advantage of. Even though De Bruyne has missed chunks of the season, he has still racked up 11 goals in the league, which shows how he is a critical source of goals. He has exceeded his xG by 6.2 goals, which is a phenomenal amount. This outlines his incredible ability to score technically difficult goals that defy the mathematical chance of being scored. Having this ability in his locker increases the chances of De Bruyne hitting the target, as he will be able to test the keeper in situations that are otherwise difficult for most players.

Prediction: Kevin De Bruyne to have 1+ Shots on Target

Daniel James to be Shown a Card

Despite this being a slightly odd choice for a player to be shown a card, I believe that this selection has immense value as the odds for Dan James to be shown a card are very generous compared to his recent form.

First of all, James isn’t a player that repels from a booking. The Welshman has picked up seven yellow cards this season, showing that tackling isn’t his strong suit. Not only do his defensive abilities sometimes let him down, but James is starting to pick up a reputation for collecting cards for arguing with the referee. Because of this, I feel like the chances of James being booked against City have increased for two reasons. With Manchester City undoubtedly attacking for the majority of the game, James will be depended on to help out in defence. This means that with his sub-par tackling ability, this can increase the frequency of fouls committed, which can lead to him getting booked. The second reason is pure frustration. If Leeds succumb to another thrashing after their record this season of conceding a truckload of goals, the players will start to lack motivation. With James picking up a habit of running his mouth, a poor performance can lead to him bugging the referee on multiple occasions, which can increase the chance of him getting booked.

Picking up a yellow card in his last game in the league, James commits an average of 1.27 fouls per game. Despite being an attacker, this shows his poor defensive ability as he always manages to make a few poor challenges. With James potentially coming up against Jack Grealish (2.97 fouls drawn per game) and Raheem Sterling (2.02 fouls per game), his defensive duties will be made even more difficult.

With Paul Tierney, who is in charge of this fixture, dishing out an average of 3.96 cards per match, this is a handful of bookings that James can find himself caught in. With City looking to dominate the game, it will most probably be Leeds players who feel the brunt of these cards, as they will find it challenging to dispossess the Manchester City players.

Prediction: Daniel James to be Shown a Card

Back the 8/1 Leeds v Manchester City Bet Builder below ⬇️

Sign up to Paddy Power and get a full refund if your first bet loses. Grab an account through the offer below and place £30 on the 8/1 Leeds v Manchester City Bet Builder. Here are the two possible outcomes:

How to watch Leeds v Manchester City in the Premier League