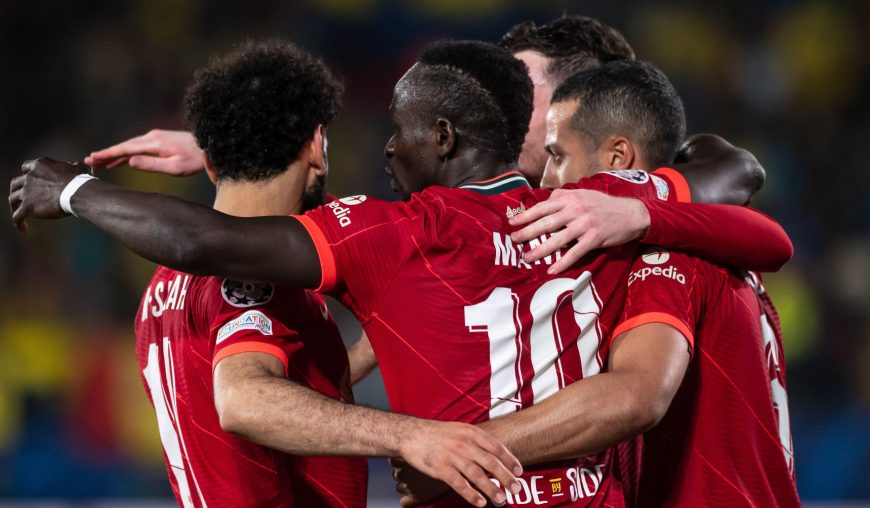 The final weekend of the Premier League is here and what a last day it is shaping up to be with it going right down to the wire between Liverpool and Manchester City for the title. Liverpool will play in front of the Kop one last time for the 21/22 campaign as they take on Wolves at Anfield on Sunday afternoon. Jurgen Klopp will be looking for a favour from Liverpool legend Steven Gerrard as Aston Villa face Manchester City in the hope that Guardiola’s side drop points to allow Liverpool to leapfrog them with a win over Wolves.

Liverpool remain the only Premier League side unbeaten at home this season and face Wolves who have lost eight of their past 13 games, not picking up a win in their last 6. The Reds will look to extend their unbeaten run as anything less would see the trophy taken down the M62 to Manchester.

Bruno Lage’s honeymoon period may be over with his side, but he hasn’t had a proper chance to put his stamp on things yet at Molineux. Wolves haven’t managed to keep a clean sheet in their last 8 games and have the small task of keeping out Liverpool’s front three as Salah chases the golden boot if he is fit to make an appearance.

These sides records on final days are quite a contrast, Liverpool have never lost on the final day under Jurgen Klopp, whereas Wolves have lost 6 from their last 7 in the closing day of the Premier League.

Klopp faces some injury issues with key players in Salah, Fabinho and Van Dijk all major doubts and may not be risked here with the Champions League final next week.

Take a look of my bet builder for this final day clash as Liverpool chase the Premier League title in the hope that Steven Gerrard can make Man City slip up. Have a read of my research below before backing my bet and use the pre match cheat sheet to help with your selections.

With Salah being a doubt, Mane will be the main focal point in attack for Liverpool and I expect a lot of their attacks to go through the Senegalese international. In previous final days, Mane has enjoyed himself with six goals in final season games. Only Harry Kane has managed to grab more goals on the last day of the season from the current players in England’s topflight.

Mane comes into this in decent form with a goal in his last Premier League game and should be well rested after being given a break against his former side midweek due to a minor injury. In the Premier League, Mane has bagged himself 15 goals with 2 assists this campaign and some will say he has become more important than Salah to the Reds.

Mane has faced Wolves 7 times in his career, scoring 3 goals against them so far and will look to add to this here as Wolves’ solid backline over the season has crumbled recently. Mane’s npxG + xA sits at 0.70 per 90 with his xA bringing this down slightly due to him being somewhat selfish sometimes. I see Mane grabbing a goal in the final game with the Senegalese international coming up with huge goals on multiple occasions for his club and country this season, with Mane clearly loving the big occasions.

I fancy Liverpool to get the win here and I am backing them to do this without letting Wolves get on the scoresheet as you will see from my selections.

Despite conceding early to Southampton, Liverpool absolutely dominated the game last time out and that was with a weakened side. The Reds had 1.54 xG whereas the Saints only managed an xG of 0.14, with 24 shots to 4 throughout the game.

Its been no secret that Wolves have really struggled recently and their draw at the weekend to already relegated Norwich proved just how bad things are for Bruno Lage just now. Only 4 goals from their last 6 games while conceding 13 during these matches means that it will probably be a relief when the curtains close on this season despite their positive start to the campaign.

The head-to-head meetings between these sides bodes well for this selection too. Liverpool have won six in a row with Wolves scoring just one goal in total across those six games and none in their last three visits to Anfield so I fancy Liverpool to keep them out again.

Wolves have only managed to score 37 goals this season and could become just the third team to finish in the top 8 with less than 40 goals in the Premier League era. Liverpool have only conceded 8 goals at home this season in their 18 games with the Reds only conceding 2 goals at home since the turn of the year – meaning they have averaged an impressive 0.4 goals conceded per game over the course of the season.

I have a feeling that Liverpool will be all over Wolves here and get their usual high corner count with their high pressing and peppering the Wolves goal. Liverpool will need to be on the front foot from the start in this massive fixture and I expect them to cause Wolves’ backline all sorts of issues.

Liverpool have the second highest corner count in the Premier League, with only their title rivals Manchester City picking up a higher corner count than the Reds 277 in total. Liverpool average 7.49 corners per game and come up against a Wolves side who average 5.38 conceded per game which is relatively high.

Klopp’s side registered 9 corners last time out against Southampton showing the Reds tenacity in must win games, I think it will be a similar story here in front of a full house at Anfield in which could be a historic day for the club.

Joel Matip to have 1+ Shots

For my final selection, perhaps of the season, I am going for Joel Matip to have at least 1 effort at goal here. With Virgil Van Dijk being a doubt Matip will likely line up alongside Konate which isn’t a bad centre back partnership in the Dutchman’s absence. Matip has been excellent this season and is criminally underrated by most but has popped up with crucial goals for his side, including a goal in each of his last 2 games which proved to be the difference in each.

Matip is such an ariel threat from set pieces, standing at over 6.4 feet tall he towers over opponents. With the amount of Liverpool corners that they get and great deliveries into the box by Trent and Robertson, this often sees chances put on a plate for the Liverpool centre backs. Both Matip and Konate sit at decent odds for a shot but I am going with Matip because of his importance in his last couple of games. The Cameroonian has had at least 1 shot in 3 from his last 4 games in all competitions so I think he looks a great shout for a shot at 1.36.

Prediction: Joel Matip to have 1+ Shots

Back the 4.5/1 Liverpool v Wolves Bet Builder below ⬇️

Sign up to Paddy Power and get a full refund if your first bet loses. Grab an account through the offer below and place £30 on the 5.9/1 Liverpool v Wolves Bet Builder. Here are the two possible outcomes:

How to watch Liverpool v Wolves in the Premier League