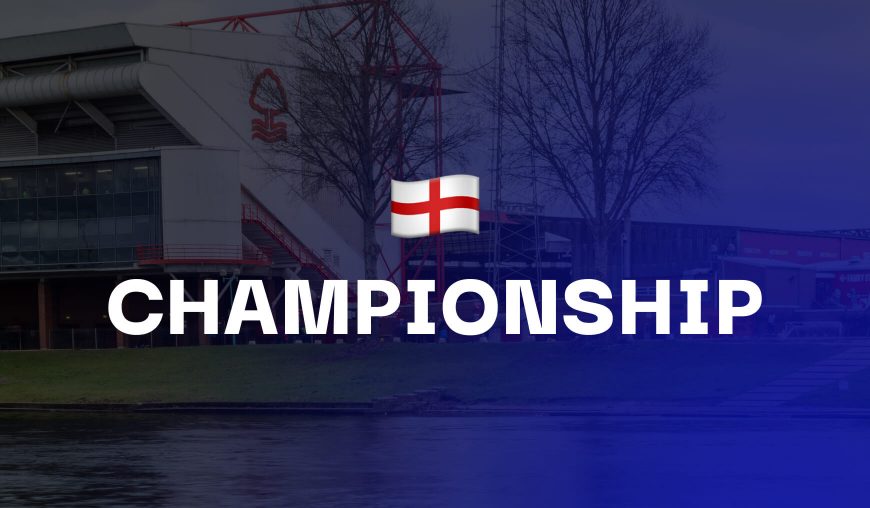 This local derby perhaps doesn’t carry the same ferocity as the East Lancs Derby between Blackburn and Burnley, but it still means a lot to the fans. Over 3000 Blackburn fans will fill the away end at Deepdale and the atmosphere on a Monday evening should be frenetic.

It is actually fairly surprising to see that there is no real favourite in this match market. Preston have home advantage and are the team in better form, despite an inevitable defeat at Craven Cottage in the week. It would appear that Blackburn’s necessity for the points has come into play to even up the market, but that is a fairly unreliable aspect to measure in probability.

Focusing on the known variables, Preston have a better points, expected points, xG ratio and open-play xG ratio than Blackburn going back to any interval you care to measure from since Ryan Lowe took charge of the Lilywhites. Taking only the last four matches Blackburn Rovers sit bottom of the 24 clubs for open play xG ratio, they are simply not creating enough open play chances. In addition, Blackburn have won only 6 of their 22 xG battles in away fixtures, so it appear likely that Preston will be the team with the most/better chances in the match.

Blackburn have had “must win” matches for the last six weeks, and have won only one match in that time. There is uncertainty about the future of the manager and some staff whose contracts expire at the end of the season, this could be causing a couple of percent difference in their on-pitch performances despite the obvious motivation of creeping back into the playoff positions.

Tactically both teams are probably favourites to play 5 at the back, which can sometimes be a recipe for a nullification of a match, which makes backing goals a risk and brings the draw into play. Also, there aren’t many in-form attacking players across either side. Cameron Archer’s form has slowed to a crawl for Preston and Ben Brereton Diaz has one goal in 2022. In reality a draw isn’t enough for Blackburn this time. With that in mind, and the clear form advantage, Preston draw no bet looks the value play.

The Tykes have sunk now and they have decided to dispense with the services of their manager Poya Asbaghi. Whilst this may allow them to pay without any pressure, it is now proven that they have the most ineffective team in the division over a pretty big sample size. No matter which way one looks at this fixture, it is impossible to conclude otherwise that Blackpool are the better side.

The Seasiders are priced up as favourites as well but are still worth backing at a good odds against price. We have spoken a lot about Blackpool in this column of late but they rarely put in a poor performance. Even in times where they have struggled Blackpool have used the knowledge of their manager and the effective tactical instructions to remain in games and often come back into them, as they did at West Brom recently and also against Luton on Saturday. The 6-1 thrashing of Birmingham at home as well demonstrated that they can be effective going forwards too with former Rochdale man Jake Beesley adding new impetus to the Tangerines’ attack.

Barnsley’s woes in front of goal has been a problem all season. The influx of January signings made a difference for a while but Amine Bassi has probably been asked to do too much and there has been little support for Carlton Morris at the top of the pitch. Certainly, Blackpool’s organisation and defensive nous should be good enough to keep the score down at that end.

The numbers stack up in favour of Blackpool as well. It is 5th vs 17th in Blackpool’s favour in terms of expected points won over the last four games, and that is 3rd vs 23rd if the sample size is stretched back to 8 matches. Barnsley also have the worst record in the league in winning their home xG battles having done so only 6 times out of 22 all season, Blackpool have won 8 of 21 away xG battles, which mirrors their midtable position.

The final point is that Blackpool have been ‘on the beach’ (ironically) as a team for longer than almost anyone, but their form has maintained. They are in the groove of turning in good performances and feel confident about where they are as a team. Siding with them in the match market is the advice here.

Fulham had the title snatched away from their grasp by a last-gasp Bournemouth penalty on Saturday. In all likelihood this was just a stalling of the inevitable but Fulham didn’t really deserve the win on their performance.

Obviously Aleksander Mitrovic got his customary goal, and that is something to be concerned about here too, but outside of that the Cottagers barely got into rhythm. They created one of their lowest xG totals of the season (0.64) and Bournemouth had more of the ball, had more shots and deserved their point.

Meanwhile, Forest all but secured their playoff place with a narrow win at Peterborough. Again, this now gives them a security blanket and allows them to attack this fixture with a bit less caution. This is a free hit for Forest, if they can win the match then they are big favourites for third place and a favourable draw (potentially) in the playoffs, but it also keeps them with a small chance of automatic promotion, that is a nice position to be in for this match.

Much has been spoken of Forest’s Brennan Johnson, but again it was he who provided a moment of quality to produce Forest’s winner on Saturday. They are missing Keinan Davis still, but his replacement Sam Surridge was the one to provide the finishing touch on Saturday, and now possesses quite an enviable goal record per 90. With Lewis Grabban to call upon as well Steve Cooper will be able to plan his attacks with decent options even without Davis.

Taking the run-in as a whole it is Fulham and Nottm Forest that have been the outstanding performers. There is little to separate them in expected points over the last 8-12 matches, with Forest edging ahead in the last 4. Fulham have the slightly more potent attacking numbers, but this is balanced by Forest’s slightly better xG against numbers.

In essence, this is a match between two very good sides, with Forest in a good position to attack it. There is too much between them in the odds for the match and to get the draw as well as a Forest win for even money looks like a good deal to me.

Russell Martin seems to have landed on a formula that has really benefitted his Swansea’s attacking numbers towards the end of the season. The emergence of Michael Obafemi into the central forward role has allowed the classy Joel Piroe to float around him and use his skill to provide as well as finish chances. Hannes Wolf has also found his role in this team off the left but this extra attacking intent has inevitably left more gaps to be exploited defensively, and Bournemouth certainly have the individuals to be able to do that.

Dominic Solanke has had one of the best Championship seasons by a forward in the last decade. He has played almost every minute for Bournemouth, and as a lone striker. His fitness and ability to continue playing at such intensity, physicality and quality is remarkable. Solanke’s penalty on Saturday took him to 27 goals, in any other season than this one he would be being talked about more. With support from Ryan Christie, Phillip Billing, Jaidon Anthony, and potentially Todd Cantwell, Siriki Dembele, and, ex-Swansea man Jamal Lowe, Bournemouth certainly have the firepower to score themselves.

Swansea have been conceding more chances than they have been creating of late, but their combined xG of 2.86 per 90 over their last four matches and the fact that both teams have scored in each of them is certainly an indication of their slight change of emphasis.

Backing both teams to score rather than over 2.5 goals gives the insurance of the 1-1 scoreline being covered, which has occurred twice in Swansea’s recent run and was Bournemouth’s score on the weekend too.

Sign up to Betfair and get a full refund if your first bet loses. Grab an account through the offer below and place £20 on the 14/1 Championship Best Bets Accumulator. Here are the two possible outcomes: