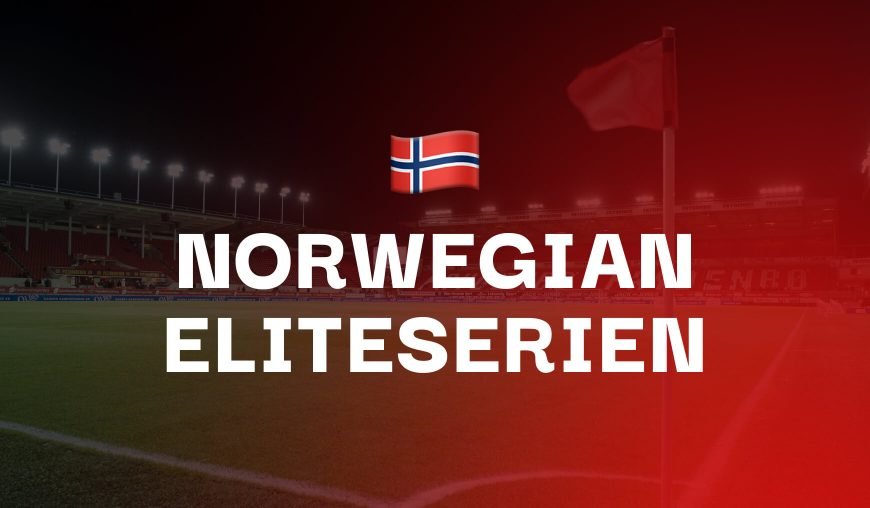 It has been a mixed title defence for Bodø/Glimt thus far. They have eight points after five games which isn’t a bad return. When you also factor in a hectic schedule which included a run to the Europa Conference League quarter finals and a Norwegian Cup final, it is fair to say they have done quite well. Glimt have had a full 8 day break ahead of this match, something which they would have greatly appreciated and allowed them to recharge the batteries. Captain Ulrik Saltnes is still suspended, and winger Ola Solbakken out injured until June, but the rest of the squad is now mostly in a healthy condition. Last week they drew 1-1 at home to Lillestrøm but it was a match they dominated and outgunned their opponents 2.40 to 1.09 on xG. They are usually an extremely strong force here at Aspmyra Stadium winning all 15 fixtures in 2020 and losing just once at this venue last season.

This fixture is the ‘derby of the north’ in Norway between two big rivals who hate each other. Tromsø have lost the last five consecutive Eliteserien meetings between the two sides and that statistic will hurt everyone from the most northerly professional football club in the world. Former manager Simo Valakari once described losing this fixture as like a ‘shot through the heart’ and you would not dare show your face in the city for a long time after losing. Expectations are not high for Tromsø here, but their fans will be desperate for a positive result. The visitors beat Vålerenga 1-0 on Thursday night and that was their first clean sheet of the season. The team nicknamed Gutan have conceded 11 goals this season which is the second most out of any team in the league. Tromsø have injury doubts to midfield duo August Mikkelsen and Kent-Are Antonsen.

Bodø/Glimt have scored at least two goals in all of their last five meetings vs Tromsø. They usually raise their level for this local derby, and I think the best bet is to take the home team total over 1.5 goals. Glimt should also win but this seems like the safer play just in case Tromsø get inspired. A -1 handicap on Bodø/Glimt could also be considered but the possibility of a one goal win can’t be ruled out in this type of fixture. Glimt have the offensive firepower to hit the back of the net at least twice whatever the final outcome

‘Shameful and embarrassing’ were the words Rosenborg manager Kjetil Rekdal used to describe their performance last week when they lost 0-3 away to Strømsgodset. Some might say it was a harsh result on Rosenborg who actually outgunned Godset 1.67 to 1.14 on xG. However, most of their opportunities came in the second half when the damage was already done. Few people saw that result coming because Rosenborg had previously looked really solid under their new manager, hard to break down and well organised. Rekdal, who was a commanding centre back in his playing days with over 100 Norwegian caps will absolutely demand a reaction against Sandefjord. With RBK at home on May 16th, a big footballing day in Norway and the equivalent to Boxing Day in the UK, a huge capacity crowd is expected to cheer on the players.

It will be up to Sandefjord to come and spoil the party. The good news is that they have won 2 of their 3 away games this season, the most recent of which was a shock 5-0 victory at Strømsgodset. This team can be very dangerous on the break and if they get ahead in a match tend to perform quite well. However, when they concede first it is usually much more of a struggle. The trend with Sandefjord is that they are either good or bad, there is no in between. Last week they lost 1-3 at home to Vålerenga and probably the biggest concern is with a defence which has yet to keep a clean sheet this season. The only known current injury is to defender and captain Sander Foss who is ruled out for the rest of the season with an ACL problem.

Rosenborg have an injury concern themselves at the back with Renzo Giampaoli ruled out until June with a thigh problem. I am expecting a backlash from the home side after such a poor result last week and RBK should claim the victory. They are a better side than Sandefjord and roared on by a capacity crowd should simply have too much. Taking Rosenborg straight on the nose makes the most sense. Kjetil Rekdal sides are not known for their high scoring ability so something like 1-0 or 2-1 is possible. It would be a surprise if the team from Trondheim didn’t pick up three points though.

Lillestrøm are the only remaining unbeaten side in the Eliteserien and have 14 points after 6 games. They have played a game more than most teams in the league but also have the best defensive record – only conceding four goals. This is quite impressive because already Lillestrøm have played perhaps their two toughest away games of the season – at Molde and Bodø/Glimt. LSK picked up 4 points from those fixtures and will be delighted with the outcome. At times, this is a team which has maybe ridden their luck and their average xGA is 1.33 goals per game. Goalkeeper Mads Christiansen has been one of their star men this year and has made several key saves. This young custodian has a bright future and has a habit of making some great reflex stops. At the other end of the field new signing from 2nd division Sogndal, Akor Adams has caught the eye scoring three goals, including one away to Bodø/Glimt last week when they drew 1-1.

Sarpsborg travel here fourth in the table on ten points. New manager Stefan Billborn has started strongly at the club and consecutive victories vs Tromsø (5-2) and Odd (1-0) will have really lifted their confidence. Sarpsborg have so far played all of their matches on an artificial surface this season so will be tested on grass for the first time here at Åråsen Stadion. A big May 16th crowd is expected and the team nicknamed Kanarifugla can make this place a real fortress and a stadium nobody wants to visit. Sarpsborg have injury doubts to centre back Anton Skipper and midfield playmaker Tobias Heintz. Both missed last week’s win vs Odd, a match in which Sarpsborg impressively had an xG of 2.39. Striker Guilermo Mollins and midfielder Mikkel Maigaard have both played very well this season and the new manager’s system seems to suit them.

The form of both teams has to be respected but I think taking Lillestrøm to win is a good bet. They have home advantage which can’t be underestimated, not least for the crowd but also the grass surface which will suit the home side more. LSK have a bit more quality and class which makes their 1.91 price seem quite appealing. They should be able to get the victory and stay in second place.

Both teams have lost nine matches between them this season and each would dearly love to register a victory here. Odd started the season well by taking two wins from their first three games but have since gone downhill. In midweek they lost 0-3 away to Molde and had to play the last 60 mins with 10 men after a red card to defender Odin Bjørtuft. As a result, he will be suspended for this fixture, but the rest of the Odd squad is in a healthy condition. New manager Paco Johansen has been using a 5-4-1 formation which sometimes doesn’t offer them enough options in attack. Odd can at least have confidence in their home record which has seen them win 2 out of 3 contests at the Skagerak Arena.

Haugesund lost their first five games of the season but managed to beat Kristiansund 2-0 last week. It was a slightly fortuitous victory because they were outgunned 0.86 to 1.53 on xG. The goalkeeper Egil Selvik had a good game to help preserve their clean sheet. Haugesund won’t care about how they got the win, the most important thing was that they picked up 3 points. It must be noted that The Seagulls have only beaten a Kristiansund side who are currently bottom of the table. This Haugesund outfit are not a very good team this year and have looked very disjointed – especially in defence. Jostein Grindhaug’s men have conceded 12 times – the most of any team in the Eliteserien. Attackers Alioune N’Diaye and Alexander Soderlund are doubtful with injury, whilst key man Martin Samuelsen has yet to even make a single appearance yet this season due to an ankle problem.

Both sides are difficult to trust but Odd at home are usually quite reliable and are worthy favourites to win. They are quite a decent price to beat a Haugesund side who have generally been awful this season, especially in defence. Over 2.5 goals is certainly a possibility in this match, but the better and more valued selection looks to be Odd straight on the nose to win @ 2.05.

Sign up to Betfair and get a full refund if your first bet loses. Grab an account through the offer below and place £20 on the 8/1 Norwegian Eliteserien Best Bets Accumulator. Here are the two possible outcomes: