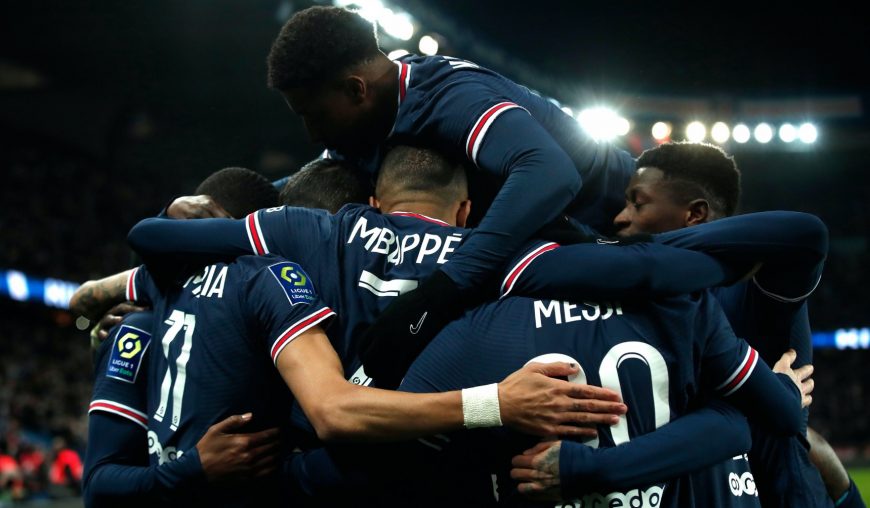 Nice host PSG as Saturday’s Ligue 1 action wraps up for the night. Even though the team at the top are playing third place, PSG’s runaway lead at the top reduces the importance of the match in a potential title fight. The game is still vital for both sides, though, as PSG will want to win the league as soon as possible to re-establish their dominance, whilst Nice would want to solidify a top four place.

PSG are flying high at the top of the table by 15 points, creating a clear gap to their competitors. Nice, in third, are only one point off second place, whilst they are three points clear of fourth place. Nice would want to take a challenge to the visitors tonight, as a ‘best of the rest’ title is up for grabs as no one is able to compete closely with PSG this season.

You don’t have to look too far back to see the last meeting between the two. Nice and PSG clashed in the Coupe de France, which ended 0-0 with Nice going on to win on penalties. This is a competition where Nice have just won a place in the final, which will provide them with a bout of confidence. In the reverse fixture in the league, the result was also 0-0, which has undoubtedly rustled the feathers of the runaway league-leaders, who will be wanting to make things right.

PSG have scored in 11 out of their 13 away matches in the league this season, showing their ruthlessness on the road. Complementing that, Nice have conceded in 10 of their 13 home matches, which possibly paves an idea of how this match will turn out.

Have a look at my bet builder selections and the Cheat Sheet below, as some French action wraps up a busy day of football.

Two 0-0s against Nice this season will ought to frustrate the Parisians. Looking to show their dominance in the league, they will be aiming to assert authority over their hosts on Saturday night. With PSG in promising form as they charge towards the title, I’m backing them to pick up the win.

With five wins in their last six league games, PSG are in the middle of a victorious spell which can cause worry for their hosts. They have been storming the league this season, after winning 19 of the 26 games that they have played so far. After losing the league title to Lille last season by a single point, they have readjusted their approach to this campaign to show no mercy to their competitors.

In order for Nice to mount a challenge against PSG, they are going to have to start getting their act back together. Nice have only picked up one win in their last four games, which is not the form that they would be expecting from themselves if they are to claim second place in the league. They’ve not really threatened in these matches either, as they have only scored once in their last four league games.

With Nice only winning six of their 13 home matches this season which gives them the 9th best home form in the league, this will allow PSG to possibly break them down, which they have struggled to do this season. With PSG scoring in their last seven away league matches, I’m not expecting a hat-trick of goalless draws as it looks like PSG will take the three points on offer.

Amine Gouiri to have 1+ Shots on Target

Despite my belief that PSG will get the better of Nice, I still expect the hosts to pose a solid challenge against the league leaders, seeing as they have held them off twice this season and earnt themselves a solid spot in the league. Looking at Nice’s attacking threat, Amine Gouiri stands out to me to have at least one shot on target.

In Nice’s last game, they won 2-0 to earn a spot in the final of the Coupe de France. Bringing confidence to the whole squad, Gouiri managed to get himself on the scoresheet. Having a promising season at Nice, the Frenchman has racked up ten league goals in the league, and is showing his worth by being the difference in games such as the cup Semi-Final.

Being only 22-years-old, Gouiri has a promising career ahead of him where he will only improve. Already producing an impressive amount of goals for Nice this season, he usually plays alongside Andy Delort in attack. Delort, being 30-years-old, offers his wealth of experience to Gouiri which will only enhance his game as he is playing alongside a seasoned striker in Ligue 1. Their partnership this season has been successful, working together to create chances which has led to results which has put them high up the table.

On average, Gouiri would have 2.14 shots per game. Out of those, he would average 1.12 shots on target per match. This equals 52.2% of shots that hit the target, which is a clinical number for an ever-improving striker. It clearly shows that it’s not often that Gouiri wastes his opportunities, as he gobbles up any chance that comes his way. Because of his promising form this season, this is why I’m backing him to cause PSG some trouble during the match.

Prediction: Amine Gouiri to have 1+ Shots on Target

Hichem Boudaoui to be Shown a Card

PSG have a herd of incredible technically talented players. This is always going to be a problem for teams that they come up against, as they have the world’s best dribblers and attackers, whilst boasting a world-class squad that are great on the ball. The difference in quality will always lead to a few bookings for the opposition. Whilst searching for who may be the most vulnerable in the Nice team, I’m looking at Hichem Boudaoui to be booked.

Boudaoui will have one main problem on Saturday night: Neymar. The Brazilian always turns his opponents inside out, showing off his technical ability which is difficult for his opponents to keep up with. Unluckily for Boudaoui, he is going to be sharing the same side of the pitch as Neymar, as the Brazilian will have to go through the Nice midfielder to make advance on goal.

Boudaoui is well aware of his defensive abilities, as he makes the most amount of his tackles in his defensive third. Being no stranger to defensive work, he will be programmed to keep Neymar away from his goal, meaning that he will be relying on his defensive instincts that he has proved this season. Allowing Neymar to advance into the final third, this will increase the pressure on Boudaoui to stop the Brazilian from causing a threat.

However, Neymar manages to draw 3.76 fouls per game. Coming up against Boudaoui in the final third, there is no doubt that the PSG winger will be searching for some fouls to advance his side up the pitch. Boudaoui can easily fall victim to this, as the 22-year-old is fairly inexperienced in these types of situations. With Boudaoui committing 1.7 fouls per game, I expect him to have his hands full with Neymar on Saturday night.

Prediction: Hichem Boudaoui to be Shown a Card

Sign up to Paddy Power and get a full refund if your first bet loses. Grab an account through the offer below and place £30 on the 11/1 Nice v PSG Bet Builder. Here are the two possible outcomes:

How to watch Nice v PSG in the Premier League