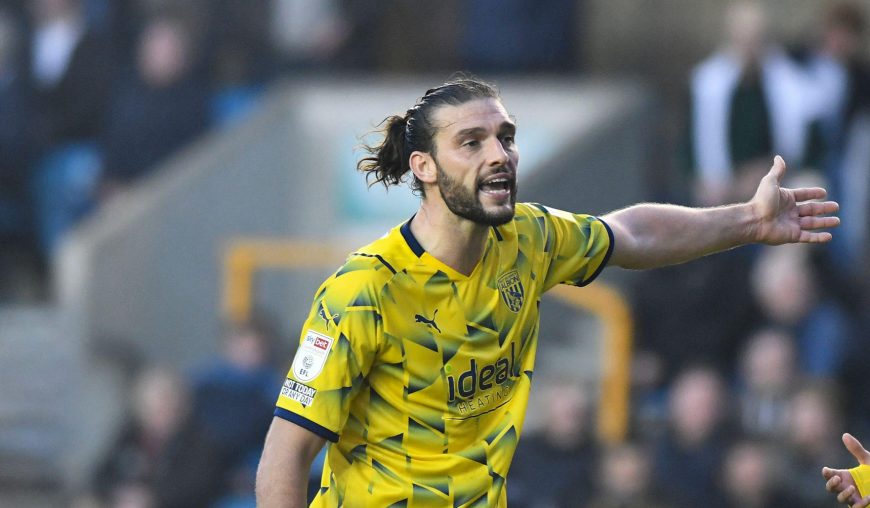 The final game of what was an action-packed Easter Weekend sees Nottingham Forest host West Brom at 8 pm on Easter Monday. With their bid for automatic promotion taking a huge nock in their last fixture, this game is very important in Forest’s potential promotion push, so I thought I would have a look through all the recent statistics for both these sides and piece together my top 3 bet builder tips. As well as that I have also put together the usual pre-match cheat sheet along with predicted lineups for anyone looking to place these and any other bet on this match.

Forest’s defeat to Luton in their last match was somewhat of a shock defeat for many people as the sides, 5 match winning streak in the Championship was broken at Kenilworth Road on Friday. However, Steve Cooper’s team is four points clear of seventh position with two games in hand on many of the teams around them so it is very likely that the side will secure a playoff position at the very least this season.

Forest now sits seven points adrift of second-placed Bournemouth and their chances of securing the final automatic promotion place seem to be fading away slightly. As a result, if Steve Cooper’s players want any chance of challenging for that position then a win in this fixture is crucial. However, they play a West Brom side in pretty decent form at the moment and with five points separating them from playoff positions, there is still a lot to play for Steve Bruce’s men.

West Brom realistically needs to win their remaining four fixtures if they are going to secure a playoff space, especially considering the fact that they have played more games than two of the sides above them in the table. As result, this game should be an interesting affair with both sides desperately needing a win.

Nottingham Forest to have 4+ Shots on Target

Despite their loss to Luton in their most recent game Forest are still in a strong vein of form. They had won 5 Championship fixtures in a row before Friday and were without defeat through 10 fixtures in the competition. This run not only involved Forest winning a large number of games but also scoring a significant amount of goals, in the 7 wins that Steve Cooper’s team recorded in that 20 fixture run, Forest won all of them by 2 or more goals with the scoreline of 2-0 being recorded on 4 separate occasions accumulating 17 goals at an average of 2.4 per game.

If this trend reemerges on Monday night, then we will likely see a number of Forest goals or at the least a significant amount of shots on target for the side trying to bounce back from a disappointing loss.

Forest average 12.2 shots per game with 4 of those finding the target per 90. If Forest reaches their season average in this game then this selection should land with little difficulty as it has done in 7 of their last 8 games in the league. If Forest does bounce back from their defeat then this selection has a very high possibility of landing but often Forest have a tendency to secure this selection despite performing poorly in the match. For example, in their 1-0 loss to Huddersfield, Forest still recorded 6 shots on target and equally against Sheffield United when the score finished 1-1 they had the required 4 find the target.

Nottingham Forest to have 4 or more shots on target is priced at 1.67 on Paddy Power and a strong performance from Steve Cooper’s side will likely see this selection land. However, with a number of players averaging close to a shot on target per game and Forest having still achieved the required number of shots on target in games where they have performed below their standard, the selection does not necessarily rest on the outcome of the fixture.

Prediction: Nottingham Forest to have 4+ Shots on Target

Philip Zinckernagel to have 3+ Shots

Zinckernagel was surprisingly dropped for Forest’s last game against Luton despite having played in 36 of Forest’s fixtures this season and featured off the bench just 7 times. However, with him looking like one of the few players in his team that threatened to find the net in his 24 minutes against Luton, after striking the post late on, I fully expect Zinckernagel to return to the starting 11 likely in place of Lewis Grabban.

Equally, Zinckernagel started all of Forest’s 4 previous matches and with the team experiencing a strong run during that period of time and the change not working out I think Steve Cooper will likely return to a similar squad that started against Birmingham that featured Zinckernagel as an attacking midfielder.

In terms of his performances, Zinckernagel has been fairly inconsistent this year scoring important goals for the team in the FA Cup but with just a 7% conversion rate and 6 big chances this season his finishing has left a lot to desire at points this year. However, what is consistent in Zinckeragel’s performances is the large number of shots he takes per game and with this selection, it doesn’t matter if they fly into the top corner or hit a fan in row z just that he takes them. For example, despite only coming on in the 66th minute Zinckernagel still took 4 shots against Luton.

Zinckernagel averages 2.65 shots per game the most of any player in his team, which unfortunately falls just below the required rate for success with this selection. However, in 3 of his last 6 Championship games he has taken 4 shots and, on his day, clearly creates the space to pull the trigger frequently. As I mentioned previously he looked lively when he came off the bench in their last fixture and if he is rewarded for that with a return to the starting lineup I expect this to carry over in a bid to maintain his place. As a result, I think it is likely that his average will increase slightly and he will take the required 3 shots.

Philip Zinckernagel to have 3+ Shots in this match is priced at 2.4 on Paddy Power and if you compare his odds to other players who average a similar number of shots per game such as Karlan Grant who averages 2.86 and has odds of 1.53 then Zinckernagel appears to be very well priced.

Prediction: Philip Zinckernagel to have 3+ Shots

West Brom to Receive the Most Cards

Nottingham Forest’s opposition averages an incredibly high 3.03 yellow cards per game the most of any team in the league by some margin. This average also increases even more to 3.33 when playing at the City Ground. This would seem to suggest that the chances of West Brom picking up a number of cards in this match is very likely. In Forest’s last 7 games in all competitions, their opposition has had more or the same number of cards as them with the last time Forest had more cards than their opposing team being back in early February when. They played Stoke and Brice Samba got sent off for violent conduct.

Equally, West Brom’s opposition only averages 1.62 yellow cards per game an average that drops even lower to 1.48 when playing away from home. There is obviously a clear differential between the number of cards Forest’s opposition receives compared to West Brom’s which suggests there is a high possibility of this selection being successful. This is shown in the reverse fixture between these two sides where West Brom received 3 cards and Forest just 2 with Jayson Molumby seeing red.

West Brom to receive the most cards 2.0 on Paddy Power and if successful will offer a strong boost to the overall odds of this bet builder. I think it’s unlikely that West Brom doesn’t receive several cards in this fixture however Forest also have a tendency to receive a high number of cards in some of their fixtures. However, what is shown in their previous match against Luton is that despite pickling up 4 cards themselves their opposition received 8 which suggests that in games involving Forest with a number of cards the bulk of them often go to the opposition.

Prediction: West Brom to Receive the Most Cards

Sign up to Paddy Power and get a full refund if your first bet loses. Grab an account through the offer below and place £30 on the 6.95/1 Nottingham Forest v West Bromwich Albion Bet Builder. Here are the two possible outcomes: