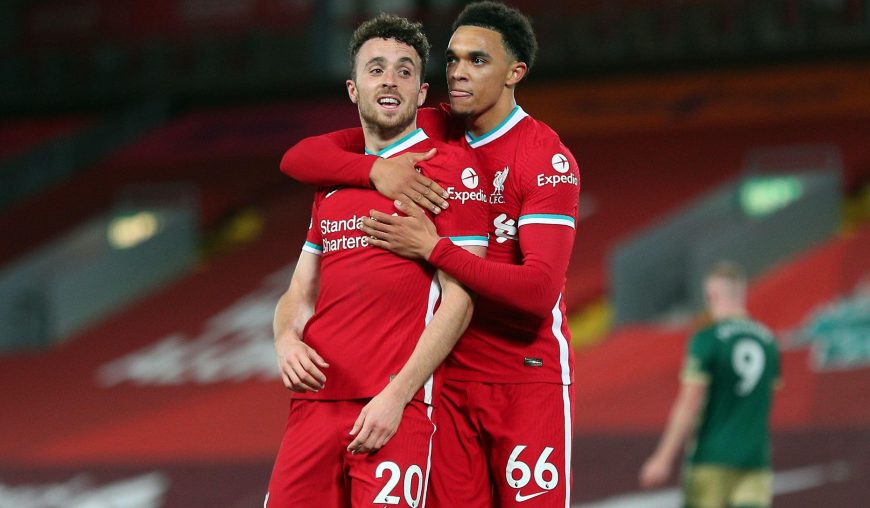 Jurgen Klopp’s Liverpool travel to Selhurst Park to face Patrick Vieira’s Crystal Palace on Sunday afternoon as they try to cling on to their title race hopes with an away win in London as Man City look to run away with the Premier League title.

Crystal Palace welcome home Jordan Ayew after Ghana’s shock early exit from AFCON, however Zaha and Kouyate are both still unavailable due to international duty with Tomkins and McArthur both still out due to Injury too.

Liverpool is of course without their star wingers in Salah and Mane due to AFCON as well as midfielder Naby Keita. Oxlade-Chamberlain is expected to return to the squad after missing the FA cup second leg, but Fabinho and Matip are doubts with both of them carrying minor knocks after the semi-final but could still feature.

This game is massive for Liverpool on the road but will not be an easy task away to a tough Palace side. Another slip up from Liverpool will surely wrap up the title for Man City and the Reds will want to delay this as much as possible with second place still very much achievable. Vieira will look to get back to winning ways after Brighton’s late equaliser last Friday in a game where Palace looked to steal the points from a dominant Brighton.

I have picked out my favourite selections from this fixture coming in at around 15.97 on Paddy Power, I have listed my selections below with research and reasons for each choice along a Cheat Sheet!

Conor Gallagher to be Shown a Card

The man we will be looking towards for the first selection of this bet builder is in my opinion Crystal Palace’s player of the season so far, the Englishman has commanded the midfield whenever he has played in the blue and red shirt, adding goals and assists to his tally along with a few harsh tackles!

The Palace midfielder is extremely versatile and can play just about anywhere in the midfield when asked, which is more often than not on the right of the 3 Palace midfielders that Vieira has tended to go with for the majority of the season in his favoured 4-3-3 formation. This just happens to be Jurgen Klopp’s preferred formation too with the likes of Curtis Jones, Milner, Robertson all being potential opponents that Gallagher will have to deal with on his side of the pitch along with tricky wingers in Jota or Minamino. All these players that the youngster might come up against win a fair number of fouls per game too – which can be seen in my Cheat Sheet below.

Gallagher himself looks good for a booking on the Cheat Sheet with the second most fouls per game with an average of 2.24 each time out. This, combined with the second most yellow cards for Palace so far this season (4 yellows so far) makes him look a decent bet up against a feisty Liverpool side.

Referee Kevin Friend isn’t shy with his cards either, the English referee averages 5.86 yellows per game and I fancy Gallagher to pick one up at odds of 3.0.

Prediction: Conor Gallagher to be Shown a Card

Diogo Jota to have 1+ Shot on Target

With no Salah or Mane, Jota is undoubtably the man that Liverpool looks to in attack to grab the goals with the ability to play either side of the striker or up top himself. The Portuguese has been in fine form this season combining with Salah and Mane, bagging himself 10 goals in 17 starts and 3 appearances from the bench.

Jota looked dangerous against Arsenal in the FA cup with his penetrating runs hurting the arsenal backline which helped him to see his side through to the final thanks to his 2 goals.

As can be seen from the Cheat Sheet below, Jota averages 1.24 shots on target per game and has found the target 2 times in each of his last 2 games. If Diogo Jota gets the service, I’m sure he will find the target at least once with the likes of Trent and Robbo bursting down either wing any chance they get, and I’m sure they will give him a chance at Guaita’s goal.

Prediction: Diogo Jota to have 1+ Shot on Target

My next selection follows on nicely and looks at Liverpool’s Trent Alexander-Arnold, the right back has phenomenal talent and has won so much at such a young age. The English international has been criticised in the past for his ability to defend but has proved critics wrong again this season with great performances week in week out and assisting for fun.

It’s no secret Trent’s ability to go forward which has seen him assist 10 times in 19 games while finding the net himself twice too this season. The defender’s ability to pinpoint a pass is scarily good for his opponents and I think Crystal Palace will struggle to stop him picking out who he wants on Sunday. The right back is unsurprisingly the top assister in the Premier League with 10 to his name so far as mentioned before and 5 assists in his last 6 games in all competitions.

Trent is also Liverpool’s main set piece taker as he takes free kicks and corners which always give him that extra opportunity to bag an assist from dead ball situations.

Liverpool have won the second most corners in the league so far this season and average an impressive 8 corners per game, Liverpool’s ability to press high up the pitch and force their opponents into errors allows them to win a large number of corners along with their large amounts of shots and crosses into the box forcing defenders to turn the ball away for a corners.

Crystal Palace failed to register a corner in their last game against Brighton, but also conceded 9 corners at the other end! When these 2 sides met last time out Liverpool had 10 corners and I expect the same again in this fixture.

Liverpool’s last time out in the Premier League was against Brentford in which Liverpool lived up to their average and won 9 corners in that one, with their game before that being against title rivals Chelsea where they had 7 corners. I fancy Liverpool to get the corners comfortably against Palace to get this selection done.

Prediction: Over 4.5 Away Corners

Back the 14.97/1 Crystal Palace v Liverpool Bet Builder below ⬇️

Sign up to Paddy Power and get a full refund if your first bet loses. Grab an account through the offer below and place £30 on the 14/1 Crystal Palace v Liverpool Bet Builder. Here are the two possible outcomes:

How to watch Crystal Palace v Liverpool in the Premier League