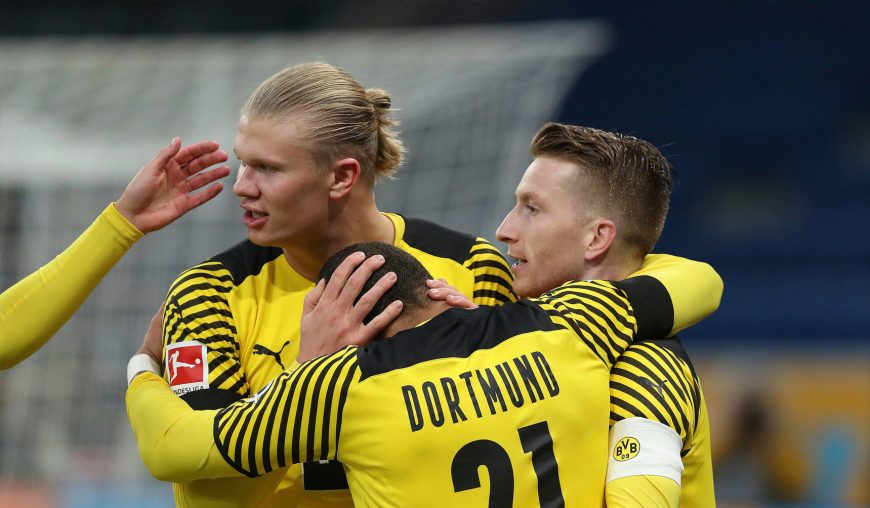 After last week’s result where Rangers secured what was probably the best European result for a Scottish team since Celtic beat Barcelona 2-1 in 2012. This game is set to be the fixture of the week in the Europa League as Dortmund, the favourites to win the whole competition prior to the first leg, travel to the Ibrox with a two-goal deficit to overcome.

I have put together my 3 bet builder tips along with a pre match cheat sheet and predicted lineups to help anyone looking to place a bet on this fixture.

Only one team in Europa League history have failed to qualify from a knockout tie after winning the first leg by two or more goals when Real Betis drew 2-2 with Sevilla in 2014 but lost on penalties despite winning the first leg 2-0. However, with the away goals rule now scrapped from European competition, and Dortmund coming into this fixture fresh off a 6-0 demolition in the Bundesliga against rivals Borussia Monchengladbach this is unlikely to be straightforward for the Glaswegian side.

Rangers’ fans will be spurred on by their team’s exceptional home form this season as they have won each of their last nine home games by an aggregate score of 22-0 and have also won their last two European home matches by a 2-0 scoreline.

Despite James Tavernier, Alfredo Morelos and John Lundstram’s strike seeing Rangers score 4 at the Signal Iduna Park. Quality goals from Jude Bellingham and Raphael Guerreiro mean that the German giants are not dead and buried by any means and with Rangers following up this performance with a disappointing draw against Dundee United Dortumd will be confident in their ability to qualify for the next round.

For this game, I’ve delved through the stats for both team’s continental and European campaigns this season and pieced together my 3 top bet builder predictions for what could be an incredibly enthralling display.

Despite the noticeable absence of Earling Haaland who did not travel to Glasgow with the rest of the squad, Dortmund looked dominant in their last performance against Borussia Monchengladbach and I find it difficult to see them not securing victory in the match on Wednesday. Gladbach have performed poorly this season, sitting 13th in the Bundesliga with just 26 points but even so Dortmund were incredibly impressive running the opposition out the park.

Rangers may have played very well in the return fixture and in the rest of their European matches this season. But their performances in the league are a far cry from the dominance of last season’s campaign. They currently sit 2nd in the table 3 points behind bitter rivals Celtic having lost twice this season already and dropping winnable points against teams like Dundee United who they have lost and drawn against picking up just 1 point from their 2 matches.

Dortmund are one of the main European giants. Back in 2013, when Rangers were competing in the fourth tier of Scottish football at the same time Dortmund were playing in the Champions League final. I think that despite Rangers’ home record this season Marco Rose’s men will secure victory priced at 1.8 on Paddy Power.

Although my first selection is for Dortmund to win the match, the form at the Ibrox is so strong for the home side that it is unlikely they will concede more than 2 goals. For this reason, I am backing Rangers to qualify through to the round of 16.

Equally, as previously stated only one team in Europa League history have failed to qualify from a knockout tie after winning the first leg by two or more goals and despite Dortmund being one of the strongest teams in the competition, I don’t think they will qualify. This is because, as any fan who has had the pleasure to watch a match at this stadium the Ibrox is a very intimidating place for teams to visit and especially on such an important European night I back the Scottish support to push their team through if the game goes to extra time and especially penalties.

If the “away goal” rule still applied this would be much clearer cut as a 4 goal away deficit for any team is virtually impossible to overcome. However, despite this Ranger’s excellent defensive home form in recent games coupled with the support of their fans, means despite the fact I think Dortmund will win the fixture on the night I am backing Rangers to qualify to the round of 16 at 1.33 on Paddy Power.

Prediction: Rangers to qualify for the next round

Marco Reus has been in excellent form recently scoring 5 and grabbing 3 assists in his last 4 Bundesliga matches. In Dortmund’s previous game he scored twice and notched an incredible 3 assists while making 5 key passes, a performance that earned him a 10 rating from people like SofaScore. With the noticeable absence of Earling Haaland and Donyell Malen only scoring 4 times in the league this season at an average of a goal every 364 minutes, Dortmund will need a player to step up if they are to win this game.

I believe that player is likely to be club legend, Marco Reus. The cheat sheet stats would seem to agree as Gio Reyna is likely to miss the game having come off at halftime in their last fixture and Moukoko is untested having only started 1 game this season. Meaning Malen and Reus rank the highest in shots on target per game and with Malen’s recent scoring troubles I’m backing Marco Reus to score anytime at 2.5 on Paddy Power and at the highest odds of the three selections it will offer us a strong boost if he is to score.

Back the 6/1 Rangers v Borussia Dortmund Bet Builder below ⬇️

Sign up to Paddy Power and get a full refund if your first bet loses. Grab an account through the offer below and place £30 on the 6/1 Rangers v Borussia Dortmund Bet Builder below ⬇️ Bet Builder. Here are the two possible outcomes: