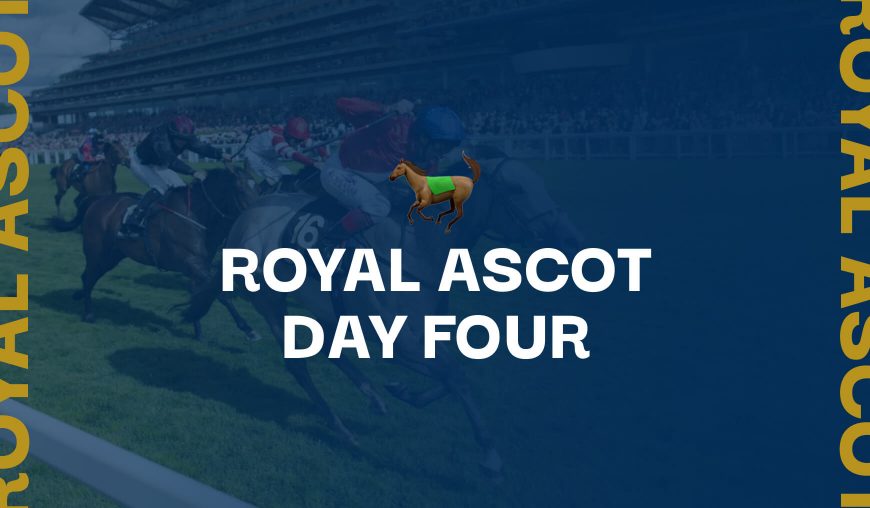 The G3 Albany Stakes is a 6f event for fillies where 12 of the 18 runners in this contest were last-time-out winners. Suffice to say, it’s difficult to weigh up the form of the race with numerous unexposed and promising individuals. Meditate is sure to be popular after Aidan O’Brien got off the mark for the week when scoring with a juvenile on Wednesday. Cathy Come Home made a pleasing introduction with an impressive debut success at Musselburgh for Karl Burke, who landed the G2 Queen Mary Stakes with Dramatised earlier in the week. She can be given a chance but one who caught the eye on first outing was FULLY WET from the John and Thady Gosden yard. She was easy to back but ran out a convincing winner, despite looking likely to finish second at the furlong pole. She rallied strongly and was well on top at the finish, pulling clear of her closest rival. A daughter of Kodiac, she was an expensive 120,000gns yearling purchase, and looks set to relish this stiff test being out of a half-sister to top-class miler Excelebration. A quick surface is likely to benefit her and is worth a chance in this opener on day four.

TWILIGHT JET had a busy two-year-old campaign, racing an incredible 11 times, including a Group Three victory. He looked to have strengthened up significantly from two to three, clearly training well with a dominant success on reappearance at Naas. He’s likely to wear his heart on his sleeve from the outset after blitzing his rivals with a bold front-running display on that occasion. The likely favourite, and previous Royal Ascot winner, Perfect Power, was one-and-a-half lengths in front of the selection at Newmarket last season but Twilight Jet shaped well as the only horse to fight out the finish from those who raced prominently. He’s a reasonable each-way price to be involved at the business end of the contest and could outrun his odds.

An ultra-competitive handicap on paper for the G2 Duke Of Edinburgh Stakes over 1m4f. There was a shock outcome in the first middle-distance handicap on the round course this week, with 40-1, 40-1, 22-1 shots filling the first three places in the Kensington Palace Handicap to conclude Wednesday’s card. What may have been more surprising was where the front three were positioned in the stalls – they were all berthed out wide (17, 22, 18). A wide trip isn’t as disconcerting as it may have been previously thought, with the potential of overpriced horses positioned away from the rail. An each-way hope who looks poised to go well is the hat-trick seeking CONTACT. The four-year-old grey colt is improving with age. He built on a solid comeback effort by powering clear to land a Newmarket handicap prior to winning with something to spare in a strong Haydock handicap last time. He’s up 6lb in the weights but could have more to offer with Ben Curtis a perfect two from two onboard the selection. One at a huge price that is worth a small each-way play is KELLYS DINO who could improve sharply after a modest reappearance. He’s nine now but is well handicapped on old form and is a course and distance winner.

The G1 Coronation Stakes looks at the mercy of top-rated INSPIRAL, trained by John and Thady Gosden. The unbeaten Frankel filly was at the head of the betting for the G1 1000 Guineas prior to a setback ruling her out of action. She was victorious in the G1 Fillies Mile at Newmarket at the end of last term, with the form of the race working out incredibly – the second and third ran one-two in the aforementioned Guineas, in May. She could have further progress to come if over her small injury. She’s a proper Group One horse who is expected to take advantage of the defection of Irish 1000 Guineas heroine Homeless Songs, who won’t run due to the quick conditions.

HEREDIA has been well found at the top of the betting in the Sandringham Stakes Handicap over a mile. She remains unbeaten after an excellent handicap debut win at York over 7f, which must be upgraded after a slow start prior to suffering interference at 2f from home. It was to her credit that she rallied strongly to score by a head at the finishing line, indicating she would improve enormously over a longer trip. She has scope for further progress and could have been leniently treated after a 7lb rise in the weights. A couple of others to consider are FRESH HOPE and WILDERNESS GIRL. The former runs for Charlie Fellowes, successful in this race twice in the previous three seasons at big prices. The New Approach filly won on handicap debut with plenty to spare, despite the narrow-margin victory. She was value for a lot more at the finish and is expected to improve sharply for the step up in trip, judged on her stout pedigree. The latter could be well treated on handicap debut following a seventh in the G3 Prestige Stakes over 7f at Goodwood last season. She was shuffled back before finishing her race off with some promise and wasn’t beaten far by subsequent G1 1000 Guineas second Prosperous Voyage.

A disappointing turnout for the G2 King Edward VII Stakes over 1m4f. Changingoftheguard heads the betting and on official ratings after a good fifth in the G1 Epsom Derby at the start of this month. He looks to have rock-solid credentials but there is a slight suspicion that effort may have left its mark and cheekpieces which were applied have been dispensed with on this occasion. Ottoman Fleet got the better of SAVVY VICTORY in a Listed race at Newmarket over 1m2f. This is a step up for both, but the latter could turn the tables raised in distance, which looks a wise move. He appears overpriced to get closer this time and could potentially cause an upset for an unfashionable trainer. He was outpaced before hitting the finishing line well, suggesting he has more to come, and is worth chancing with at a double-figure price for the in-form Sean Woods stable.

Friday’s finale is another difficult puzzle to solve. The 5f handicap has numerous chances with a whole host of challengers in the mix on the pick of their form. FEARLESS ANGEL is one who could run a big race for Rossa Ryan and trainer David Loughnane. The Belardo filly reappeared in terrific form with a narrow second in a Chantilly Listed race. She and the winner pulled over five lengths clear of the remainder. Confidence was high when sent off favourite for a Bath Listed race subsequently, but she suffered significant interference and was allowed to coast home when her chance had gone. She’s lightly raced and open to improvement back in handicap company if the gaps appear at the right time. Another to note is BOND CHAIRMAN, despite his lengthy absence. He wasn’t beaten into eighth at Group Two level before a disappointing fourth at York in a novice event. There could be sudden improvement on first outing since a gelding operation and he arguably ran his best race at this track – an excellent staying-on fourth in the Listed Windsor Castle Stakes last season. He would have gone close in a few more strides. One who could be interesting is FAI FAI on stable debut after showing plenty of ability in France and makes a first start in a handicap. She isn’t to be underestimated for a trainer who has a fine record at Ascot over the previous five seasons – he has a level-stake profit of £73 for a one pound unit.

How to watch Day 4 of Royal Ascot