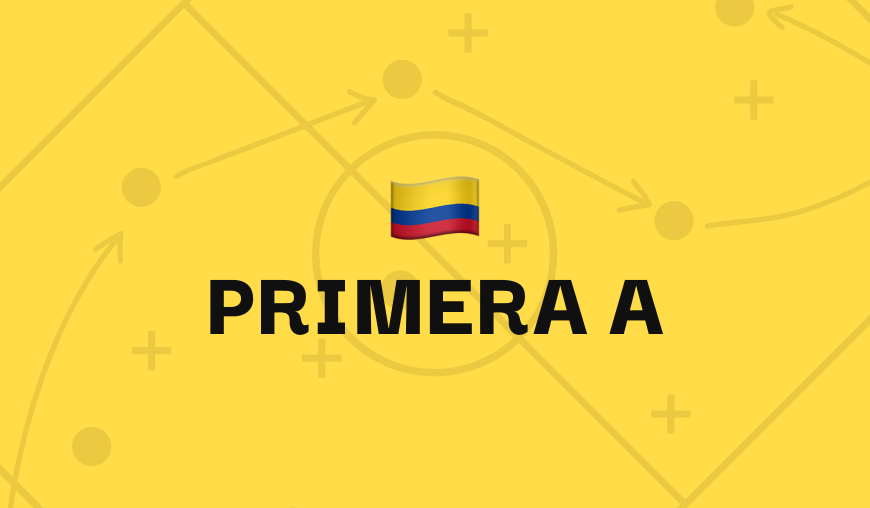 Junior had to hold their nerve a bit last week in their slightly fortuitous win over Tolima, but the 2-0 away victory was easily the team’s biggest result of the season. With the squad that manager Juan Cruz Real has at his disposal, they should be regularly performing at that level. But all too often they’ve floundered with many fans questioning the suitability of their manager who has a track record of being sacked at smaller clubs than Junior.

Yet, against Union Magdalena, don’t expect too many struggles. It’s a regional derby and nobody expects much from their weaker neighbours from up the coast. But Union Magdalena have shown they don’t really belong in this division. With a formal investigation into how the club controversially “earned” promotion still hanging over their heads, there’s scant quality in their squad. With even their post-promotion early-season home form now fizzling out, it’s set to be a long-hard season. Expect Union to defend long and deep here.

For Junior, they finally have an almost full bill of health and so star strikers Miguel Borja and Fernando Uribe – easily the most expensive pair in the division – may be trialled up front together. Already Junior sit top of the league for expected goals this season (11.89) so if they can now make things click between last season’s top league scorer (Uribe) and Colombia’s number 9 (Borja), Junior’s campaign could properly swing into gear. Having won every home game so far, there’s little suggestion that that record will come to an end here, against a team who have lost their last three away matches. Union’s defence is set for a long night.

After picking up just one point from their first four games, a run that left them bottom of the table, Equidad are now flying. As always with long-serving coach Alexis Garcia, Equidad have a clear identity and style. It’s very rarely pretty, but Equidad are one of the few Colombian teams that stick to a process. Being a small club this long-term planning allows the Bogota team to more often than not punch above their weight. They are unable to prevent their best players leaving every six months and so new players always take a while to bed in. Yet Equidad are now currently on a five-match unbeaten run and this season’s transition has been relatively seamless.

Main striker Paulo Sabbag has only scored two goals in Equidad’s nine games this season, but he’s a vital cog in the system. His strength on the ball, tireless work in dropping deep and hold-up play makes him a perfect fit in the Garcia system that blends physicality, hard work and quick transitions using the wings. Equidad silently control games without ever really going for the kill. Only once have Equidad won by more than one goal difference this season and even then, that was courtesy of a 92nd-minute penalty during a 2-0 win over Medellín.

If Equidad are heading in the right direction and slowly climbing the table, bottom club Patriotas are sailing in the opposite way. For over a year now they’ve been one of the worst teams in the division. They struggle badly for goals and just don’t have the quality to compete in the top flight. Where they are strong is in defence. There’s still plenty of fight in the side and at their high-altitude home of Tunja they are occasionally able to frustrate better teams. With this game against Equidad also being played at a similar altitude, expect Patriotas to make things difficult for Equidad but for the home side’s quality to eventually shine through.

It’s the “clasico” round of fixtures in the Colombian calendar, which is essentially an extra game tacked onto the fixture list to enable a local or regional derby for each team. However, that doesn’t fit for everyone and this fixture is really a “best-fit” with no real history or tradition existing between the two teams up until a few years ago. Yet, due to geographical location, Alianza Petrolera and Bucuramanga have started to strike up something of a rivalry recently. And it is Bucaramanga that have so far enjoyed the upper hand.

They come into this fixture on the back of an impressive victory over Colombian giants Atletico Nacional, a result that cost Nacional manager Alejandro Restrepo his job.

In truth Bucaramanga got extremely lucky. Nacional goalkeeper Aldair Quintana had the kind of game that can end up ruining an entire career. So bad was his performance that he reportedly pleaded with manager Restrepo to sub him at half-time. He’s unlikely to play for the club again, which is both in his and the club’s interests. And while Quintana’s slumped into the abyss, Bucaramanga took advantage of the bundle of nerves in goal and scored three times for the first time this season.

Alianza would love to be handed such fortune up front. They’ve drawn their last four games scoring just two goals. For all their impressive defensive play and tight organisation, they clearly lack punch in the final third. With first-team goalie Jose Chunga, one of the best in the league, set to return for this game after three matches out, unders is again the smartest call.

There don’t come much bigger games in the Colombian fixture list than this one – the Bogota derby. Millonarios sit top of the league despite balancing the Copa Libertadores with their domestic form and playing their last two league games with the reserves. They won both, but got lucky, especially in last week’s narrow 1-0 win over Cortulua who missed a second-half penalty. Here though, the big guns will obviously return. But they do so having faced a 15-hour round trip to Brazil midweek, and the subsequent psychological blow of being knocked out of the Copa Libertadores.

Santa Fe don’t have such worries. Their entire focus in on the league right now and at long last their injury list is starting to clear. Those player losses earlier in the season in part explain the team’s stuttering form, especially considering the new expansive style manager Martin Cardetti is seeking to implement. But with number 9 Wilson Morelo back in the starting line-up last week and strike partner Wilfrido De La Rosa, who was explosive in Santa Fe’s early games before he got injured, expected to return for this match, Santa Fe will certainly fancy their chances of toppling the league leaders. Furthermore, while young centre back Jose Ortiz is suspended here, the man who will replace him, Francisco Meza, is a club legend who has just signed a contract with Santa Fe after six successful years in Mexico. The league table may indicate Millonarios are the team to beat, but the wind is blowing in Santa Fe’s direction.

Sign up to Betfair and get a full refund if your first bet loses. Grab an account through the offer below and place £20 on the 5/2 Colombian Primera A Best Bets Treble. Here are the two possible outcomes: