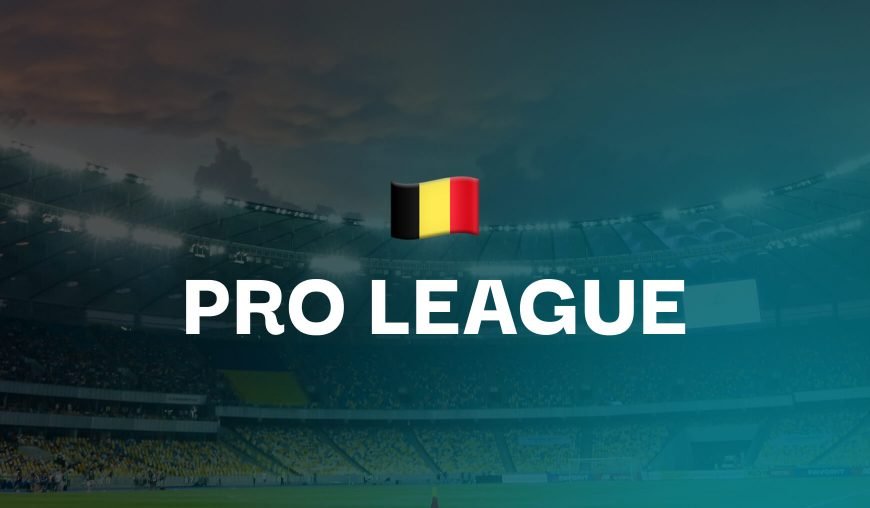 The Belgian football season is at a close, and the Europe play-offs are the first to conclude on Saturday. Gent are assured of a Europa League qualification spot, and by winning this play-off group they have ensured that none of the remaining three teams will make it into European competition next season. It may be somewhat anticlimactic, but the lack of pressure should hopefully lead to some exciting final day of the season games in the Pro League.

Charleroi have struggled all season long against teams in the running for the play-offs, and today is likely to be no exception against a far superior team. Despite having nothing to play for, Gent have won 4 of their 5 games in the post-season so far, the one exception being a 1-0 defeat to Genk on the first week, where a heavily rotated team struggled a week after winning the Belgian Cup final.

The hosts have come out of the season with about as good of a result as they could’ve hoped for, and they will want to put on a show for their fans in their final outing at the Ghelamco Arena in 2021-22. They have conceded only 3 goals in 5 games, whilst scoring 8 times. Their domination has been clear for all to see, and this tie is perhaps the easiest they have faced throughout the entire play-offs.

Charleroi have not struggled for goals throughout these games, however they have been unable to keep their opponents at bay. They have conceded at least 2 goals in 4 of their 5 games. Even during the regular season, today’s visitors have conceded twice or more in over half of their away fixtures, a very poor record considering they finished 7th in the table.

They are likely to concede here, but much less likely to score. Gent have averaged less than 1 goal per game against them at home this season, and no side has scored more than once against them in 5 attempts since the end of the regular season.

The form book suggests that there will be only one winner here. Of course, this being the last game of the season and with nothing on the line that may not be any guarantee, but Gent have had nothing to play for the entire time and they have not let it slip, winning four games in a row. Charleroi have also been out of the running for some time, yet still gave it everything last week to beat Mechelen. If both teams are at the races, as I would expect them to be, there should only be one winner and that is Gent.

The other game kicking off in the Pro League on Saturday evening sees Mechelen hosting Genk. Genk have shown great spirit in these play-offs, coming from 5 points back to challenge Gent for the top spot, however last weekend’s home game against Gent proved a bridge too far for the side from Limburg.

Hosts Mechelen have been something of a non-factor in these play-offs, losing four straight games after scraping a fortunate win at home to Charleroi in their first game. Similarly to Charleroi, they have not struggled to score, managing 6 goals in their 5 games, but they have conceded 10 across the same timeframe.

They will hope to give their fans something to cheer in this final game, as they have throughout the season, averaging 2 goals scored per game, one of the highest scoring rates in the division. They face a favourable opponent in a disappointed Genk side who really have left it all out there in their attempts to make it back to European football, and now must regroup following the 2-0 loss last weekend that eliminated them from the running for continental competition.

With nothing to play for, and plenty of high-scoring affairs featuring both sides already in these play-offs, goals look a great bet here. The return fixture finished 4-2 to Genk, and the regular season saw a 1-1 draw and a 4-1 Genk win. Mechelen have seen both sides score not only in all 3 games against Genk already this season, but also in 6 of 7 regular season home games against other play-off sides.

Even if both sides are not at the races, they have been so sloppy defensively throughout the season that chances at each end are virtually guaranteed. Goals are near-certain, and I would be shocked if they weren’t spread around fairly evenly by two teams with defences that have struggled to keep clean sheets all season long.

Heartbreakingly, the fairy-tale did indeed end last weekend when Club Brugge won yet again. Truth be told the league was lost when Dante Vanzeir missed a penalty at 0-0 in the first of two back-to-back clashes between the title rivals in these play-offs, but Union should be mightily proud of this season. For a newly-promoted side to lead the league so convincingly, not dropping from 1st from matchweek 10 through to matchweek 38 is incredible.

It seems unlikely they will go again next year with the team likely to be picked apart by the circling vultures in the transfer market, so the agonising 90-year wait for a league title may not end anytime soon. Union will however play in their first ever Champions League ties when they enter the third qualifying round in a few months, so there are still reasons to be cheerful in the capital.

They could not ask for a better send-off in front of their own fans to end the season either, facing off against a dire Antwerp side that has mustered just 1 point in these play-offs, funnily enough coming in the return fixture at the Bosuilstadion. Antwerp are still winless in 6 games however, and have taken just 11 points from their last available 36. This form has seen them drop from genuine championship contenders to fortunate to even make it into this championship play-off.

Union have not been at their best at home this season, but they surely will perform here, up against the least in-form side in the entire league. Antwerp have lost 4 of their last 5 Pro League away games, a run stretching back to February 27th. Their one win in this run was a 1-0 win away at OH Leuven who finished 11th, and finished the season with the third-worst form of any side in the division.

Union average just under 2 goals per game at home (1.84), whilst conceding only 0.89 per 90. Antwerp meanwhile have conceded twice or more in their last 3 Pro League fixtures, averaging 3 goals shipped across this run. They may not have a league title to celebrate, but they should still see plenty of goals in Brussels on Sunday evening.

The away side have managed only 2 wins in 10 games against top-half opponents when playing away from home this season. Across these 10 games they have managed to keep just one clean sheet, an extremely poor effort from a side that began 2022 looking best placed to catch then-league leading Union. Their goal difference of -8 across these play-offs speaks for itself as an indicator of how they have been playing.

Of course strange things do happen on the final day of the season, but none would be stranger than this Union side, which just last weekend picked themselves up from having hours earlier lost a title that they had in their grasp for over half the season to beat city rivals Anderlecht 2-0, losing to this truly spineless Antwerp side in front of their own fans would really be a surprise.

Congratulations Club Brugge who have become Belgian champions for the 18th time. They have retained their Pro League crown after their superb second half of the season form allowed them to gradually reel in surprise package Union Saint-Gilloise’s 13-point lead at the top of the table.

Today’s hosts will surely have one eye on the celebrations at the full-time whistle, but they will want to finish a brilliant season with a bang at the Jan Breydel Stadion. They will also return to the Champions League for the seventh season in a row, a fantastic achievement which is huge for the fans and also a massive financial boon for the club in general.

They won’t have an easy task here however, with Anderlecht posing a threat to any side in the Pro League, especially one that may have taken their foot off the pedal. Fortunately for the newly-crowned champions, Anderlecht’s season also effectively ended last weekend, where a 2-0 defeat to Union Saint-Gilloise ensured they would not be able to make the Champions League qualification spot and will instead have to settle for a place in the Europa Conference League qualifiers.

Anderlecht managed a creditable 0-0 draw in the return leg in these play-offs, and were unfortunate not to win the game, but this has been little more than a blip on Club Brugge’s spotless record since February 13th. They have now won 12 of their last 13, including 2 wins in a row against title rivals Union Saint-Gilloise. In front of their own fans, having just reasserted their place at the top of Belgian football, they are likely to be irresistible.

Today’s hosts have conceded just 1 goal in 6 Pro League fixtures, whilst scoring in 12 of their last 13 games. They are levels above any other side on their day, and with a celebratory atmosphere in Bruges, they will be keen to see off another excellent season with one more win.

Anderlecht will not be obliging, but they have pushed their young squad to the limit this season, and it seems a tough ask for them to go and rain on Club Brugge’s parade today. A home win is unlikely to come easily, but it does seem the outcome most likely by a long way. Anderlecht have won just 1 of 7 games against top-6 opposition on the road this season, that coming against Antwerp in these play-offs which is hardly something to shout about.

By contrast, Club Brugge have lost at home only once this entire season in the Pro League, a hard-fought 2-1 loss that directly preceded this winning run that has taken them to the title. They look great value at evens to win here, and again though it is tough to predict given the circumstances, I cannot look past the best side in the league by some way being valued at such high odds to win.

Sign up to Betfair and get a full refund if your first bet loses. Grab an account through the offer below and place £20 on the 13/2 Belgian Pro League Best Bets Accumulator. Here are the two possible outcomes: