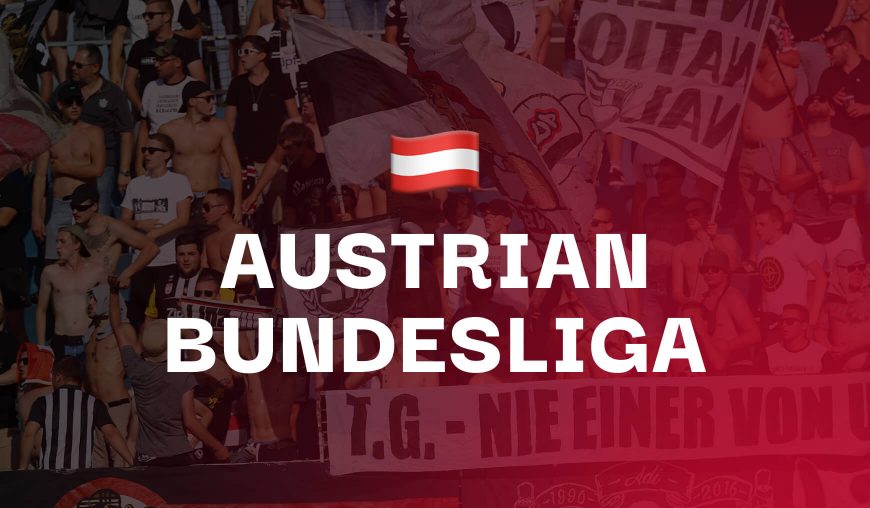 There are some interesting match-ups in the Qualification Group this weekend but this relegation six-pointer between Admira and Altach is by far the standout fixture. Vorarlberg, the country’s most westerly province, will lose its sole representative in the top flight if Altach are beaten by Admira, who need only a point from this fixture to ensure their own survival. The bottom of the table looks as follows ahead of the penultimate matchday: Admira in fourth (21 points), Ried in fifth (20) and Altach in sixth (16).

Both teams will have some key absentees to contend with for this crunch clash: Rapid Vienna-bound midfielder Roman Kerschbaum, the top scorer for Andreas Herzog’s side this season with nine goals (six penalties), has missed the past few weeks with an ankle injury – a period which has coincided with Admira dropping down the table. Altach have centre-back Felix Strauss suspended, while young centre-forward Noah Bischof is set to miss the remainder of the campaign with a fractured collarbone.

Admira have by some distance the better head-to-head record in recent times, with four wins and two draws from their last six matches against Altach. But with their eight-year stay in the Austrian Bundesliga under serious threat and only one last chance to save themselves, only a brave man would bet against Altach. A far more sensible bet would be on under 2.5 goals being scored: this is likely to be an edgy, cautious match and both sides have failed to score more than one goal in four of their last five outings.

The latest edition of the Upper Austrian derby between Ried and LASK comes with a sense of added jeopardy. Anything other than a win for Ried could see them head into the final day of the season with their survival on the line and hoping for results elsewhere to go their way, while LASK need three points to keep up their pursuit of a top-two finish in the Relegation Group and qualify for the internal play-offs – the winner of which will book a European qualifying berth for next season.

Ried have suffered only two home defeats this season – fewer than any club bar Salzburg (0) and Sturm Graz (2) – and have lost only one of their last 14 home games against LASK (W11 D2). They also won the Upper Austrian derby away from home in early April. But while that might make them sound like heavy favourites, the Vikings have not won a match since. That said, the Linzers have fared little better since the aforementioned defeat to their regional rivals, with three draws and one defeat from their past five matches.

The team news certainly favours Ried as they bid to keep the spectre of relegation at bay. Interim boss Christian Heinle will have a full complement of players, while his opposite number Didi Kühbauer has lost key centre-back Yannis Letard to a cruciate ligament injury and the duo of James Holland and Marvin Potzmann are suspended. We think that – combined with their dire need for a result and their excellent home record – might just tip the scales in Ried’s favour and so we’re backing them to either win or draw.

This match arguably carries the least significance of the three Saturday fixtures – but try telling that to WSG Tirol, who are in with a great chance of finishing top of the bottom half of the table. They head into the penultimate round with 25 points, three clear of second-placed LASK and four ahead of third-placed Hartberg. The latter are not totally out of the woods in terms of relegation yet but based on recent results, they will be looking up rather than down and believing they can make the play-offs.

According to the form table, WSG Tirol and Hartberg have performed better than all the other clubs in the bottom six over the last five rounds of matches. The Tyroleans have taken 10 points out of a possible 15, having beaten Ried twice and then LASK in consecutive matches; the Styrians are not far behind on eight, having dragged themselves out of a perilous position and into relative safety courtesy of back-to-back victories against Admira and Altach as well as a draw with LASK in their last three games.

The head-to-head record certainly favours the home side, who have won twice – including a slender 1-0 victory away from home in the reverse fixture this spring – and drawn once against Hartberg this term. However, the visitors are unbeaten against WSG on their three league visits to the Tivoli Stadion (W1 D2). That all makes this one rather tough to predict. But we could envisage this becoming a goal fest – between them, the two teams have conceded 96 goals this season – so we recommend betting on over 2.5 goals.

Nicknamed ‘Der Klassiker’ to the dismay of many traditional Austrian fans, Rapid Vienna versus Red Bull Salzburg is undoubtedly one of the highlights of the Bundesliga calendar. But the latest meeting is something of a dead rubber. Rapid Vienna can no longer finish higher than third place – although they will be looking to pick up points to keep city rivals Austria Vienna at bay – while Red Bull Salzburg have already wrapped up their ninth successive title and are now essentially competing with themselves: they need six points from their final two games to beat their own points record for a league season since the new format was introduced (52).

The Green & Whites do not have any fresh injury concerns but they do have some suspensions to contend with. Coach Ferdinand Feldhofer is without goalkeeper Niklas Hedl, centre-back Maximilian Hofmann and forward Bernhard Zimmermann, who must all sit this one out. As for Salzburg, there are question marks over the key offensive duo of Noah Okafor and Nicolás Capaldo, who have minor injury problems, while fellow attacker Karim Adeyemi’s departure to Borussia Dortmund at the end of the season was confirmed this week. Otherwise, Matthias Jaissle has most of his first-choice XI available.

In terms of the head-to-head record, it is about as one-sided as it can get. The Red Bulls are on an 11-match unbeaten streak against the capital club in the Bundesliga (W10 D1). We would not go quite as far as to say that “death, taxes and Salzburg beating Rapid” are the three certainties in life – but the truth is probably not far from it. With the title sewn up, perhaps the outcome of this game is a little less clear-cut than usual. But we still think sticking your money on an away win is the best bet in this fixture.

With Rapid expected to lose against Salzburg, Austria Vienna know they have a great chance to go above their cross-city rivals and put themselves in the driving seat to secure an automatic Europa League group spot. Three points behind them and still in the running for the international places are Austria Klagenfurt, though they will not overtake their opponents even if they finish on the same number of points and have the superior record. That is because when the points were halved, Austria Vienna had an odd number and were rounded down. Clubs that were rounded down are then placed above those that weren’t at the end of the season.

Austria Klagenfurt’s penchant for picking up red cards – they have had 11 players dismissed this season, more than double any other team in the league – mean they usually have a player suspended and this week is no different, with centre-back Nicolas Wimmer set to serve a one-game ban. Fellow central defender Ivan Saravanja may also miss out with flu. Austria Vienna, meanwhile, do not have any new injuries or suspensions, although there are five or six long-term absentees who have been out for months.

With only one win each in their eight Championship Round games, neither side is on a particularly good run of form at present. Clashes between the only two purple-kitted clubs in the Bundesliga have been tense affairs this season and have all ended in stalemate. Both meetings at the Generali Arena finished 1-1, while the previous game down in Carinthia was goalless. That leads us to conclude that the latest instalment of this all-Austria rivalry will be a low-scoring affair and we’re backing under 2.5 goals being scored.

With 11 points separating them from champions Salzburg and a 12-point gap to closest challengers Rapid Vienna, second-placed Sturm Graz have little other than pride and points to play for this season. They will play host to a Wolfsberg side who are still very much in the thick of the action and need points to make a late charge for the European spots or qualify for the internal play-offs, which would see them go head-to-head with a team in the bottom half of the table for the final Europa Conference League spot.

Christian Ilzer has been without creative midfielder Otar Kiteishvili for the past few weeks after the Georgian sustained a season-ending injury in April but otherwise has a full-strength squad. It’s a similar situation for his opposite number Robin Dutt, who cannot call upon midfielder Eliel Peretz. The Israeli has been one of the top scorers this season with seven goals, and his loss will be a big blow. Four of his team-mates are one booking away from suspension and will need to be careful to ensure they do not miss the final day.

The head-to-head record between these two teams is one of the most bizarre and inexplicable in the Bundesliga. The Wolves have won each of their last six away games at the Merkur Arena – a feat they have not previously achieved against any other club. Likewise, no other team has ever inflicted six successive home defeats on Sturm Graz. But with Wolfsberg picking up only four points out of a possible 24 since the Championship Round started, we can’t foresee that remarkable record continuing. We would instead opt for over 2.5 goals being scored. That has been the case in six of the last seven clashes between these teams in Graz.

Sign up to Betfair and get a full refund if your first bet loses. Grab an account through the offer below and place £20 on the 15/1 Austrian Bundesliga Best Bets Accumulator. Here are the two possible outcomes: