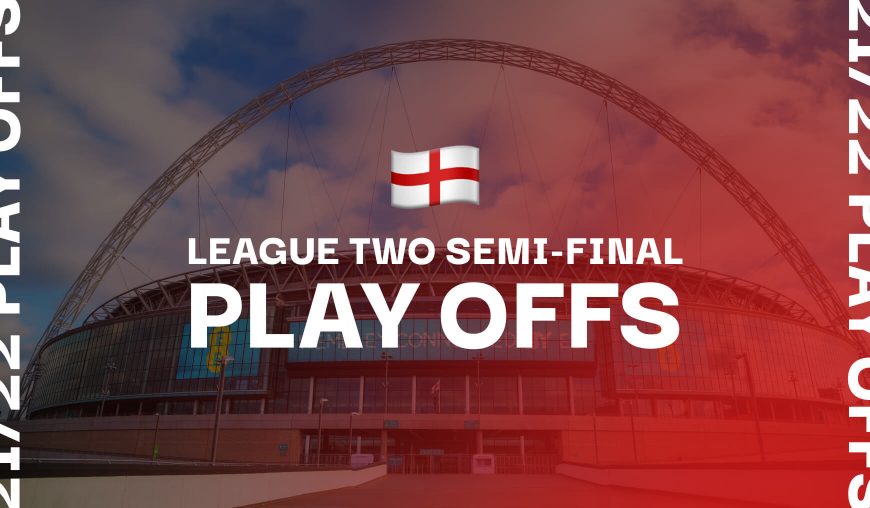 The final day brought contrasting emotions for those at Mansfield Town and Northampton Town. Whilst the Stags picked up a 2-2 draw with title-winners Forest Green Rovers which secured their place in the play-offs, Northampton found themselves on the wrong side of Bristol Rovers’ incredible seven-goal victory over Scunthorpe United. The Cobblers themselves had picked up an excellent 3-1 win at Barrow which many would have expected to be enough to secure promotion. They will now have to play three additional games to get that place in League One, however.

Northampton arrive at Field Mill having to deal with a further setback. Ever-present goalkeeper Liam Roberts picked up a red card for handling outside the area at Barrow and will miss this first leg. It presents an opportunity for secondary stopper Jonny Maxted, whose gametime has been limited to cup competitions so far this campaign.Mansfield’s 2-3 defeat to Sutton United is the only League fixture since the 2nd October that they have lost at Field Mill. Prior to the 2-2 final day with Forest Green, the Stags had won 13 of their last 14 home league games, including a club record run of 11 straight home victories. Nigel Clough’s side have become a serious force at home in the second half of the season and will be both keen and confident that they can take a lead to Sixfields for the crucial second leg.

Both Swindon Town and Port Vale picked up impressive away wins on the final day to earn a play-off place. Swindon saw off Walsall 3-0 at the Bescot and Port Vale won 1-0 away at title-chasing Exeter City.

Swindon ended the regular season as League Two’s top-scoring side with 77 goals. In a fluid 4-3-3 system that possesses the superb technical trio of Louis Reed, Jonny Williams and Jack Payne in midfield and the ‘box office’ Harry McKirdy in the frontline, Swindon recorded five wins in their last six games to secure a spot inside the league’s top seven places. The Robins averaged 2.5 goals a game across that impressive run-in, demonstrating the full extent of their attacking quality at a perfect time in the season.

Port Vale recovered from three difficult defeats to see off Exeter and earn 5th place. The Valiants prior to then had been on a run of eight wins from a possible nine which saw them firmly in automatic contention, averaging two goals a game across that period. The complementary front pair of James Wilson and Jamie Proctor and the goalscoring exploits of Ben Garrity contributed handsomely to that strong run. Centre-backs Connor Hall and Aaron Martin alongside midfielder Harry Charsley also provide goalscoring threat and could benefit from their significant height and set-piece advantage over a smaller Swindon team.

In a battle of highly technical fluidity against physical structure, it feels unlikely that both teams won’t find themselves picking the ball out of their own net at least once.

Sign up to Betfair and get a full refund if your first bet loses. Grab an account through the offer below and place £20 on the 5/2 League Two Best Bets Double. Here are the two possible outcomes: