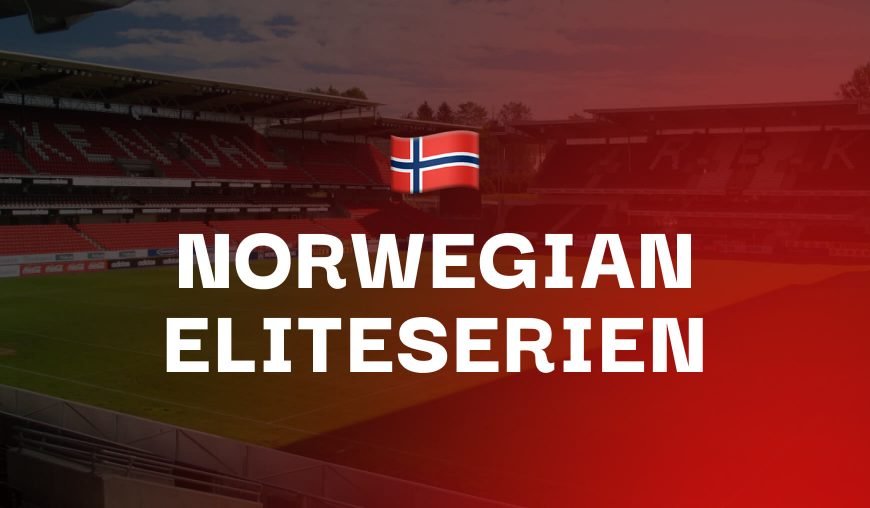 The defending Eliteserien champions have been in sensational form recently, winning 6 of their last 7 league games. They have also been in great form on the European stage, absolutely smashing Linfield 8-0 and Zalgiris 5-0. They have a second leg in Lithuania on Tuesday night to look forward to but with such a big 5-0 lead they can probably focus more on this league match vs Odd. Any thought of potentially resting or rotating players can now be dismissed. Bodø/Glimt are starting to become really focused on their pursuit of Lillestrøm & Molde at the top of the table. They are 8 points adrift of Molde but have a game in hand and play their big rivals at the start of September. If they can win their next five consecutive Eliteserien games, then they would be just 2 points behind Molde. The one negative from Wednesday night was the injury to defender Brede Moe who made a failed return after already missing several weeks. He looks set to be on the sidelines for even longer. New striker up front Lars-Jørgen Salvesen scored on his debut vs Zalgiris and looks an excellent signing who will fit their system really well.

The interesting aspect here is that Odd actually beat Bodø/Glimt 3-2 in the reverse fixture just a few weeks ago. Odd are one of the hardest teams in the Eliteserien to predict and are capable of anything on the day. Their form has been poor since beating Glimt and they have been conceding too many goals recently. Odd have the third worst xGA average per match (1.83) and goalkeeper Leopold Wahlstedt has made the most saves out of any keeper this season. Odd fare better at the other end of the field where their xG per match is as high as 1.63, the sixth best of any team. They have only converted that into 19 goals though, at least 8 behind what they should have netted. The club have recently lost striker Tobias Lauritsen & midfielder Joshua Kitolano to Dutch club Sparta Rotterdam, whilst left back John Kitolano moved to Aalesund. The club have yet to reinforce themselves in the transfer window and need to crack on with business soon.

Bodø/Glimt should win the match, win by at least a two goal margin and score quite a lot of goals in the process. It is a question of what the best bet is for the game because there are several different avenues to go down. There is a big temptation to look for a juicy price of taking over 2.5 Glimt goals at 2.10. They are in superb goalscoring form netting 19 goals in their last four competitive matches combined. Facing such a poor Odd defence then I think there is a good chance of them netting at least three times here. There are safer plays available but sometimes you cannot ignore value when it stares at you in the face, and this Bodø/Glimt attack force is clearly in fantastic form.

The giants of Norwegian football Rosenborg have gone under the radar a bit this season, but they are up to fourth place after a 3-2 win away to Odd last week. Kjetil Rekdal’s men are not always the most enterprising team to watch but they have great team spirit, fighting attitude and also strong discipline this season, something which had been lacking form some former Rosenborg sides in recent years. RBK have won 4 of their last 6 games and have been especially strong at the Lerkendal Stadion this season winning 5 out of 7 matches with no losses in front of their own fans. Squad depth has been a problem and the injury of key attacker Stefano Vecchia until October is a major blow. Rosenborg have already been active in the transfer market this window though and sighed Casper Tengstedt from Danish club Horsens and the highly rated Icelandic attacker Kristall Mani Ingason. Both could make their debuts here which would be exciting for the fans.

Ham Kam travel here in poor form and are winless in five consecutive matches. Too many draws have cost them this season, nine in total and that is the reason why they are only a couple of points clear of the relegation zone. The newly promoted side have been difficult to beat this season but have found victories hard to come by. They lost 0-1 at home to Kristiansund last week which was a terrible result vs the bottom team in the Eliteserien. This week Ham Kam have been rocked by the news that their best player Kristian Eriksen has left on a transfer to Molde. He was a big part of their attack, and they will miss him greatly. Ham Kam are actually unbeaten in six consecutive away matches but they will be tested greatly by Rosenborg here.

It is difficult to see beyond a Rosenborg win here. They are in much better form and a proven strong team here at home. Ham Kam have maybe had their promotion honeymoon and are now hitting a difficult flat spot in the season. They desperately struggled against Kristiansund last week and taking Rosenborg straight on the nose to win at 1.50 looks like the best bet here.

The reverse fixture ended in a surprise 1-0 Jerv win after they had been struggling with several COVID cases in the squad. It was the sort of match which should have realistically ended 0-0 or a draw, but a late winner gave them all 3 points. Since then, Jerv have fallen off a cliff somewhat. They managed to fluke a 1-1 draw at Molde in which they somehow survived a barrage of chances, including a saved penalty. It has been a miserable story after that with four consecutive defeats, the last two of which have been heavy beatings 0-5 at Glimt and 2-5 at home to Vålerenga. Jerv have conceded 15 goals in their last four games and have massive defensive issues at this level of football. Their xGA average per match is a huge 2.18 and by far the worst record out of any team in the league. The manager switched to a 4-2-3-1 system vs Valerenga to try and fix things, but it actually seemed to make matters worse. At the other end of the field Jerv have the worst xG average per match with a measly 0.95.

Haugesund actually rank second worst in average xG per game with just 0.99. They have netted 24 times though in 16 games and overachieved this metric by more than 8 goals. The difference is that they have some proven goalscorers who have a bit of extra quality such as Alione Ndour & Alexander Soderlund. Midfielder Mads Sande has also chipped in with four goals this season. The most recent was a spectacular overhead kick vs Sarpsborg, a match they won 3-1 two weeks ago. The team from western Norway were not in action last weekend and have had a full 14 days to prepare for this game and recharge their batteries. They should be fresh and ready to perform. Haugesund started the season very badly with five consecutive defeats but are now unbeaten at home in four matches and have improved their form.

It is getting to the stage where Jerv are an automatic fade no matter who they face. I expect Jerv to finish bottom of the table and it will be a struggle for them to reach 20 points now. They just aren’t good enough for Eliteserien level, especially away from home where they’ve lost 6 out of 7 matches with a goal differential of 4:19. Haugesund slipped up in the reverse fixture, but I don’t expect them to make the same mistake again and should get the victory with relative ease. Their price to win is only 1.36 but this looks a fairly safe bet.

Sign up to Betfair and get a full refund if your first bet loses. Grab an account through the offer below and place £20 on the 3/1 Norwegian Eliteserien Best Bets Treble. Here are the two possible outcomes: