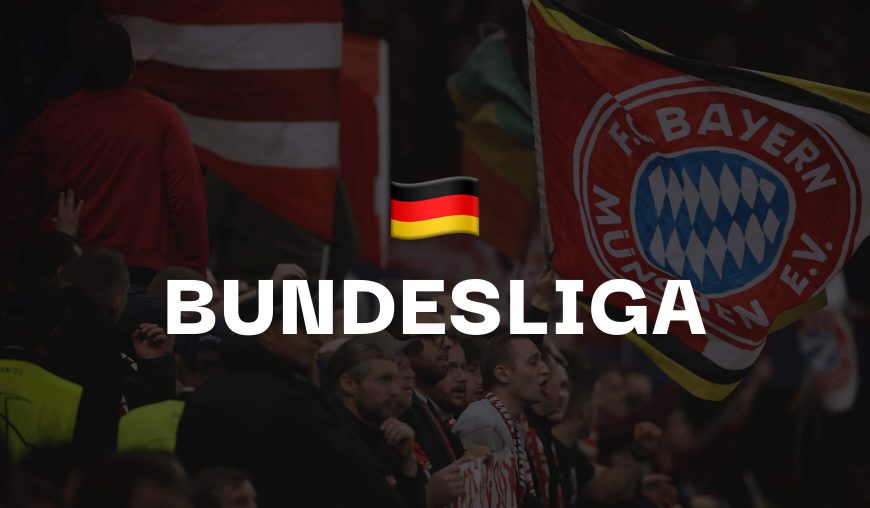 Under Christian Streich, Freiburg remain one of the Bundesliga’s toughest teams to beat and last season, they kickstarted their campaign with 10 games without defeat until they played Bayern Munich in November. With a trip to Augsburg, Streich will be hoping to have a strong start to the season again but this time with the addition of World Cup winner Matthias Ginter in central-defence. Whilst they’ve lost arguably one of the Bundesliga’s best centre-backs last season in Nico Schlotterbeck to Borussia Dortmund, Freiburg’s signing of Ginter will bring experience and quality to their backline as they aim for a European spot again this season.

Last season, Freiburg outscored their xG by 5.1 (per FBRef) but with the addition of Michael Gregoritsch in attack, who will face his former club on Saturday, and the arrival of Ritsu Doan in attacking-midfield, expect SCF to be much more unpredictable going forward and that will surprise a lot of teams, including Augsburg. Freiburg’s away form last season was only bettered by Bayern Munich, Bayer Leverkusen and Borussia Dortmund, and that’s largely down to the resilience of Streich’s squad. Strong in defence and clinical in front of goal, Freiburg’s midfield perhaps is often overlooked and underappreciated, but is one of the hardest working midfields in the Bundesliga.

Because of that Augsburg, who have lost their last three games against Freiburg, will find it difficult on Saturday afternoon. 38-year-old Enrico Maaßen left his role at Borussia Dortmund II to become Augsburg head coach, his first job in the Bundesliga. Although clearly talented, Maaßen has a difficult task ahead of him. Augsburg finished just five points above the relegation playoff last season after picking up two wins from their final four. They’ll need a big performance against Freiburg this weekend, but the visitors look strong heading into the opening weekend.

Borussia Mönchengladbach had high expectations under Adi Hütter but would only go on to finish 10th last season, missing out on European football. As a result, Hütter lost his position and Gladbach appointed former Borussia Dortmund II and Norwich City boss Daniel Farke. The 45-year-old will be tasked with improving on last season’s 10th but with a miniscule budget. However, Farke’s possession-based football suits the players that he’s inherited at the club, technically gifted and excellent in their transitions. This is something that could get the better of Hoffenheim on Saturday.

There’s been seven managerial changes in the Bundesliga over the summer and two of those face each other this weekend. Like Farke, André Breitenreiter finds himself in a new role as head coach of Hoffenheim after guiding FC Zürich to the Swiss Super League. A less than inspiring appointment, it’s difficult to see how Hoffenheim can better their ninth-place finish last season, even more so following the departure of David Raum, who created 13 Bundesliga goals last season from left-back. There’s a lot of work still to be done here and with just 18 points from a possible 51 on the road last season, Breitenreiter has a difficult task ahead of him.

With over 2.5 goals in three of their last four meetings, one thing we can expect is there to be chances at both ends. Borussia Mönchengladbach put five past Hoffenheim in May when Jonas Hofmann scored a brace, the Germany international will be key again if Farke’s Foals are to have a successful season. With eight wins from 17 at home last season, Borussia Mönchengladbach should be able to improve in that area and start their season with three points against Hoffenheim.

Of the seven clubs to have appointed new coaches over the summer, Borussia Dortmund is one of them. Edin Terzic, who held the same job on an interim basis in December 2020, was appointed full-time as a successor to Marco Rose. BVB finished eight points behind Bayern Munich last season and although closer than the 2020/21 campaign, it wasn’t good enough for BVB bosses. That prompted a change in the dugout. Born just a few kilometres on the outskirts of Dortmund, Terzic is cherished by fans, after winning the DFB Pokal during his interim tenure, and knows that the club stands for. This weekend though, he faces his first difficult test.

Borussia Dortmund vs Bayer Leverkusen takes the Topspiel on Saturday evening. All eyes will descend on the Westfalenstadion as a new look Borussia Dortmund team takes to the pitch. Scorer of 22 Bundesliga goals last season, Borussia Dortmund will be without Erling Haaland. Unfortunately, they will also be without his replacement, Sebastien Haller, who was diagnosed with a testicular tumour and is unavailable for the foreseeable. Whilst that’s given Terzic a headache tactically, Donyell Malen, who struggled last season, looked sharp in BVB’s 3-0 win against 1860 in the German Cup last weekend. The Dutchman combined with Karim Adeyemi and Marco Reus will give Borussia Dortmund a fluid attack, and one that could cause Bayer Leverkusen problems.

Sign up to Betfair and get a full refund if your first bet loses. Grab an account through the offer below and place £20 on the 8/1 Bundesliga Best Bets Treble. Here are the two possible outcomes: