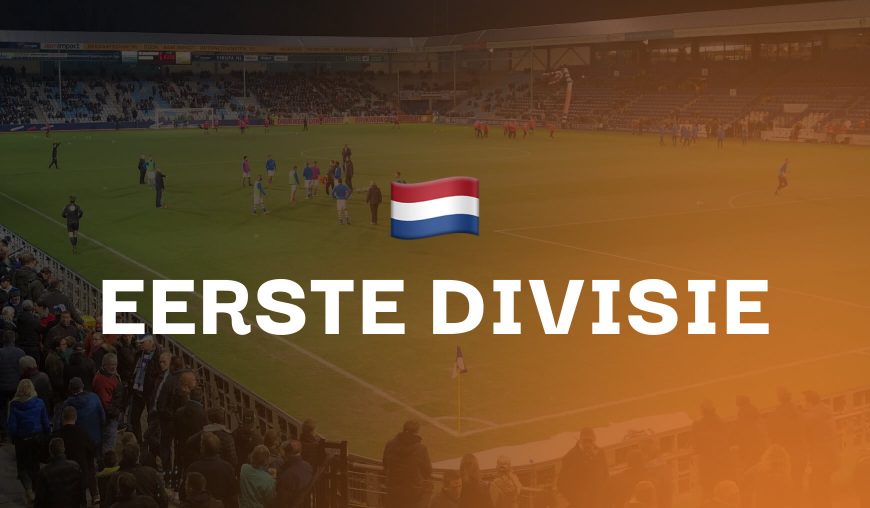 The return of this Eerste Divisie play-off semifinal could become a very tense one, as it is still completely open after the first leg. In The Hague, FC Eindhoven were 2-0 down at half-time but managed to pull one back in the last 20 minutes. It was probably a fair display of the game, as Eindhoven managed to create a decent amount of chances and never looked lost throughout the game. In fact, ADO goalkeeper Alessandro Damen was chosen man of the match.

ADO played the first leg without Ricardo Kishna, who was injured. The former Ajax and Lazio player is a quality player and probably too good for this ADO, but he has also been injured lots. It didn’t cost them too much against NAC and in the first leg versus Eindhoven, but it seems like Kishna will miss the return as well and I suspect it does affect ADO’s game negatively. I generally think Eindhoven are one of the most steady sides in the second division this season. They are not playing the most spectacular games, but were also never outplayed. ADO have improved substantially towards the end of the season, but I suspect they will struggle to keep up with FC Eindhoven in this return away from home, so I’d put my money on the home side to take the victory in 90 minutes and at least go to extra time

Heracles are in deep trouble after the first leg of this promotion/relegation play-off and will probably get relegated after 17 seasons in a row in the top flight. Excelsior wiped the floor with their opponents on Wednesday and the 3-0 victory wasn’t even flattering. Heracles had never expected to be in the play-offs in the first place and decided to part ways with Frank Wormuth, the previously successful manager who’d finish his contract anyway at the end of this season. They appointed inexperienced assistant René Kolmschot as interim for the play-offs, but that gamble didn’t pay off at all so far.

Heracles looked clueless in Rotterdam and it is hard to see them turn this around. Excelsior had a poor finish to the season, but in the play-offs they got a second wind and they look good to make the play-off finals. Excelsior mostly relies on their attack, but did concede a blow in the first leg. Marouane Azarkan, already on 11 goals this season, was stretchered off the pitch on Wednesday, after an unfortunate clash with one of the opponents and will probably have to miss this game. In the top flight Heracles mostly benefitted from the fact they were one of the few playing on a synthetic pitch, but Excelsior have the same surface, so they won’t have that same advantage this time. Heracles are generally a defensive team and lack a goalscorer, but they need at least three goals to have a shot at staying up. They’ll have to come out and attack, but with Excelsior’s quality on the counter-attack, I think that could backfire. What I mostly expect, however, is that there will be plenty of scoring chances and probably several goals.

Sign up to Betfair and get a full refund if your first bet loses. Grab an account through the offer below and place £20 on the 2/1 Eerste Divisie Best Bets Double. Here are the two possible outcomes: