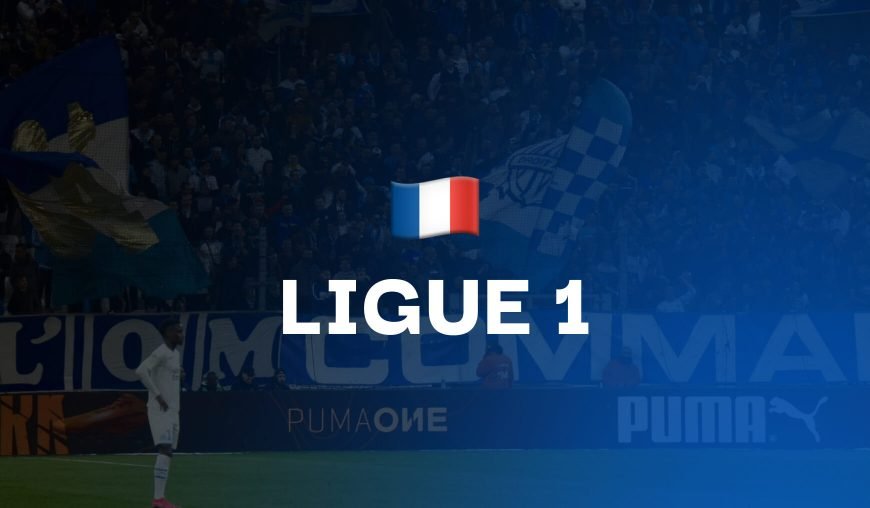 Although Bordeaux technically have a shot at survival on the final day of the season, they are to all intents and purposes relegated from Ligue 1. They will be eager to get this campaign out of the way as quickly as possible and head coach David Guion has hinted that there will be changes in his starting XI by calling up 10 young players to training this week.

Furthermore, the visiting side have been beset by disciplinary problems. Mbaye Niang will not be picked for this match after going clubbing following the 0-0 draw against Lorient that effectively sealed their fate last weekend. Enoch Kwateng joined him but was treated more leniently.

Away from home, Bordeaux’s form has been catastrophic this season. They have picked up only two wins from their previous 18 matches, losing four of their last five.

Brest, meanwhile, will want to impress a sell-out crowd on the final day of the season, which marks the club’s 70th anniversary. After a slow start to the campaign, their home form has been the foundation for their comfortable survival.

A relatively small squad should mean that they field a strong starting XI for this match – captain Brendan Chardonnet will surely return after being rested last weekend – although there are doubts over the fitness of on-loan striker Martin Satriano. Crucially, Roman Del Castillo returns from a two-match ban. Brest have won half the matches he has played this season and only around 20% of those he has not.

Brest have also won the last three between these sides.

Lens and Monaco are both chasing European football ahead of Saturday’s match, which is a fixture that both clubs desperately need to win. Monaco need a point to assure themselves of the Champions League next season, but ideally three to guarantee the group stages, while only a win will do for the hosts as they chase a spot in the Conference League.

Both of these teams have been in fine form lately. Lens are undefeated in seven, winning five of those, while Monaco boast the best record in Europe’s Big 5 leagues, with nine straight victories.

While something has to give in terms of the form of this pair, one aspect of the game that is likely to remain untouched is the volume of goals scored. In five of Lens’ last seven games, there have been at least three strikes, while seven of Monaco’s last nine have produced that figure – including their last four road trips.

Indeed, the last time these sides met was a Coupe de France match at the end of January, which ended in a spectacular 4-2 Monaco victory in France’s far north east.

Interestingly, if Monaco get the first goal, that is no guarantee they will go on to win the match. Lens have come from behind in each of their last four fixtures to take points, with vital strikes in the last five minutes of three of those fixtures.

This is another fixture in which both clubs have a full season’s work on the line over the course of 90 minutes. OM need a point to assure themselves of Champions League football next season, while Strasbourg may need to win to ensure a return to continental football after a remarkable campaign.

It is the visitors who carry form into this match. They have lost only one of their last 15 matches – an away defeat against Lille – while they have picked up successive victories over Brest and Clermont to keep themselves well positioned in the league. Both of those games have ended 1-0.  Indeed, six of their last seven victories have come with that scoreline.

A more open match is expected on Saturday given what is on the line for both these two clubs. OM have won only one of their last five matches, while their home form has been an Achilles heel for them for the duration of the season. A return of eight wins and five losses from 18 matches is not typically the form of a team chasing a top-three finish.

Although OM do hold the upper hand in this rivalry, these sides played out a 1-1 draw at Stade Velodrome little over a year ago. With their key offensive inspiration in the form of Dimitri Payet, whose season was ended prematurely by injury, Marseille have struggled to find top gear, and against a Strasbourg side with all of their regulars fit – Dimitri Lienard is banned – they are likely to find life tough.

Dogged by the will-he, won’t-he saga of Kylian Mbappe, which is only set to be resolved on Sunday, PSG should finish their Ligue 1 season on a high. A surprising run of three successive draws was ended in Montpellier last weekend, when they ran out easy 4-0 winners, while there are personal targets to attain in this game.

Look for Mbappe to go for goal at every given opportunity. He is seeking to complete a unique double of finishing Ligue 1 as both top scorer and top assist maker. Monaco’s Wissam Ben Yedder is only one behind him in the scoring charts, so he may need one or even two to secure top spot. Expect him to get it.

Meanwhile, Metz have given themselves hope of a miraculous escape thanks to back-to-back home wins over Lyon and Angers. They presently sit in the relegation playoff spot and must match Saint-Etienne’s result to retain it.

The odds do not look healthy for the guests. In their most recent trip to a top-half team, they were thumped 6-1 by Rennes, while they have also lost 4-0 in Monaco, 4-1 in Lens and 3-0 in Strasbourg. Against more limited offensive teams, they have been more competitive, but attacks don’t get any better than PSG’s.

Looks for the home side to finish the season with a flourish.

Nice travel to Reims on Saturday having seen their prospects of European football next season taken out of their hands. Indeed, they have had a habit of blowing big matches this term, notably losing in the Coupe de France final to Nantes, a crucial derby 1-0 against Monaco and last weekend against Lille, when they had led 3-1.

In between times, Nice’s victories have typically come at a slog. Tight wins have been achieved against strugglers Lorient, Troyes and Bordeaux, and even in their 4-2 success over Saint-Etienne 10 days ago they had to recover from two goals down.

Their primary problem has been a lack of offensive power, which has coincided with a downturn in form for Amine Gouiri. For this reason, goals are certainly not guaranteed in this encounter. Indeed, in 12 of their last 14 Ligue 1 matches, they have scored once or fewer.

Similarly, Reims are hardly prolific. Four of their last five matches may have ended up 2-1 one way or the other, but their matches this season have produced only 82 goals – the lowest tally in Ligue 1. Incidentally, Nice’s games have produced the next lowest number of goals on 83.

This, allied with the fact that the last three between these sides have finished 0-0 and there has not been a meeting in the last 13 between these clubs to produce more than 2.5 goals, suggest odds against that trend continuing is a very healthy value bet.

Sign up to Betfair and get a full refund if your first bet loses. Grab an account through the offer below and place £20 on the 15/1 Ligue 1 Best Bets Accumulator. Here are the two possible outcomes: