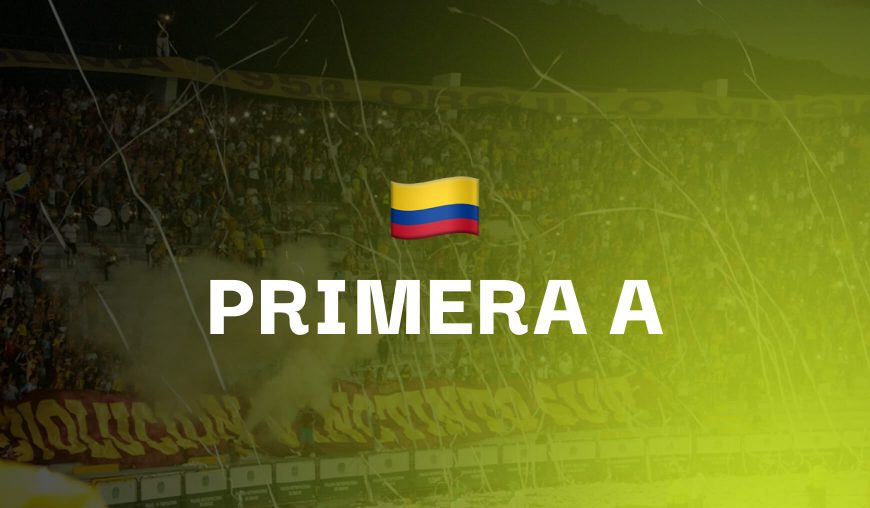 Millonarios finished the apertura top of the league but then slipped up in high-pressure playoff games with a lack of a clinical striker a key issue. Deportivo Cali finished the apertura 19th out of 20. They won the 2021 clausura title and were actually shockingly competitive in this year’s Copa Libertadores.

That said, the team is a mess. Fan favorite and former star playmaker Mayer Candelo has taken over as manager. While Candelo may well become a good manager, his CV isn’t particularly strong; his only previous job was with a good Cortulua side he failed to get promoted from the second division.

The Candelo appointment feels like a desperate attempt by the board to get the fans onside rather than deal with the more fundamental issues. That said, even in the short-term this is likely to backfire with the supporters still more likely to direct their fury at the failing board rather than the inexperienced, fan favorite manager.

The big issue for Cali is Teofilo Gutierrez. Signing Teo is sort of like making a deal with the devil at this stage. He came in and helped the team to win the title in 2021 but he has been nothing but problems since. The 37-year old forward still has plenty of quality but he has an ego the size of a bus and he quickly forms cliques in the dressing room. The latest accusation is that he is significantly overweight.

Candelo said he wouldn’t be picked until he is match fit but then he was included in the squad for this game against Millonarios. Either he had the training session of his life on Thursday or a panicked board intervened to rush back their most high profile star.

Cali is a side with quality but an uncomfortable mix between jaded experience and naive youth. There is quality there but the slightest setback and things can quickly fall apart.

At least the players the game is away from home. The passionate, intimidating fans in the chilly altitude of Bogota are far less of a concern than the furious home supporters who were ready to tear the stadium to pieces after their humiliating 3-0 loss to 19th placed Envigado on Tuesday.

Things are bad for Cali and they are likely to get worse before they get better.

Meanwhile in Bogota, Millonarios continue to impress. The giant club from the capital set up in a 4-2-3-1 with a strong defensive core and a nice range of attacking options behind the experienced, clinical target man Luis Carlos Ruiz.

Left-footed creator Daniel Ruiz (20) is the most talented player in the league coming in from one flank while Carlos Gomez (19) is a quick, inventive winger on the other. The experienced, creative David Macalister Silva (35) pulls the strings in the hole linking midfield to attack.

I expect Cali to show a bit of fight in this one up against one of the bigger clubs in Colombia. That said, this can only get you so far and if you lose 3-0 against a struggling Envigado side the efficient, seasoned, disciplined Millonarios team they face on Saturday is a nightmare.

I can see a 2-0 Millonarios win in this one; scoring an early goal to take control of the game, soaking up some Cali pressure and then sealing the result with a second after the break.

Deportivo Pasto have been surprisingly good this year and I don’t think even their fans saw that one coming.

The town of Pasto sits in the mountains down towards the border with Ecuador. While the city itself hasn’t produced a huge amount of talent, the small town of Tumaco in the state Nariño has an incredible reputation for quick, inventive wide players. This is an important area of recruitment for the side.

While they have access to a lot of good talent, the board tends to opt for taking a punt on short term players between clubs. This means a very high turnover of players and some very inconsistent league performances. When it works, they have the potential to sneak into the playoffs, when it doesn’t it is a long 4-5 months until the new season starts and fans can start to care again.

Between the apertura and clausura season’s Pasto have actually managed to keep the core of their side and this has paid off. They now play a 4-2-3-1 with Argentine pair Bone and Vazquez two of the three behind the striker. With Duvier Riascos departing, they don’t actually really have an out and out striker but this gives them a fluidity and unpredictability which contrasts nicely to the disciplined back line.

Pasto picked up a good draw to Millonarios away on the opening day, they demolished Envigado 4-0 at home and narrowly beat Jaguares away in extreme heat. The 2-1 loss at home to a fairly limited Union Magdalena was a bit of a reality check and then they put in a spirited display against Nacional, pulling it back to 2-1 away before Uruguayan Ospitaleche saw red and the game was done.

Because their home ground was used for the women’s Copa America, Bucaramanga have only played 3 games so far but there are some promising signs.

They earned a hard fought point away against league leaders Millonarios in their first game, were beaten away by Alianza Petrolera and then surprised Tolima with a 2-1 win, bouncing back from conceding in the first minute.

I think the visitors will narrowly edge this one. They have a solid defensive core which should deal with the attacking interchanges of Pasto while Dayro Moreno is always likely to convert when Bucaramanga can get service into the box.

This one sees third placed Once Caldas meet fourth placed Junior in the heat of Barranquilla.

Junior is one of the big traditional giants of Colombian football. They are the only club from the major port city in the Caribbean coast and they are extremely popular across the coastal region of the country. They have a big budget to match and consistently attract big stars of South American football.

Junior has shifted to a 4-3-3 system with attacking fullbacks and three energetic mixed midfielders. The wingers are inverted to interchange with the striker who is the experienced former A.C Milan and Villarreal poacher.

The visitors are coming into this one off the back of a big home win against local rivals Pereira. Once Caldas have made more signings than any other club in the Colombian top flight this season and it shows. They have fresh quality but still look like a work in progress in terms of the system.

They beat Pereira with moments but didn’t control the game as they would have liked.

Once Caldas have a solid experienced side with a pair of consistent poachers in attack. They are a solid but unspectacular side that looks perfectly set up to finish just inside or just outside the 8 playoff spots.

I can see Junior winning this one at home by a couple of goals with Bacca opening his account on his return to Barranquilla.

Santa Fe looks like they could have a decent season but so far it has been all about frustration and fine margins.

Uruguayan boss Alfredo Arias plays a dynamic 4-2-3-1 with former Watford midfielder Carlos Sanchez anchoring the midfield alongside the technical Rivera. The side looks to press aggressively in the final third and make the most of transitions.

A lack of defensive cohesion with new signings Aja, Mantilla and Perea all capable but yet to click. Individual errors and lapses in concentration have cost them. If they can tighten things up at the back they could very easily convert those 2-2 draws to comfortable wins and make a push for the playoffs.

Pereira have looked much more competitive in the clausura than they did in the apertura. They have switched to a back 3 with wing-backs which has given them overloads and much more balance.

Duvan Palacios has settled into the left wingback role nicely while Jherson Mosquera is perfectly suited on the right. The pair get up and down all game providing good service from wide areas. In attack the combination of Castro and Leon is also a good one.

Colombian defenses rarely face two central strikers and the pair can interchange really nice to create a 2 vs 2 situation on the break.

I think Pereira could edge this one. Their biggest concern will be Santa Fe breaking with pace to isolate the Pereira defensive three. That said, I think if the hosts can get a goal early they will be able to drop into a 5-3-2 and see the game out, while retaining a threat up top.