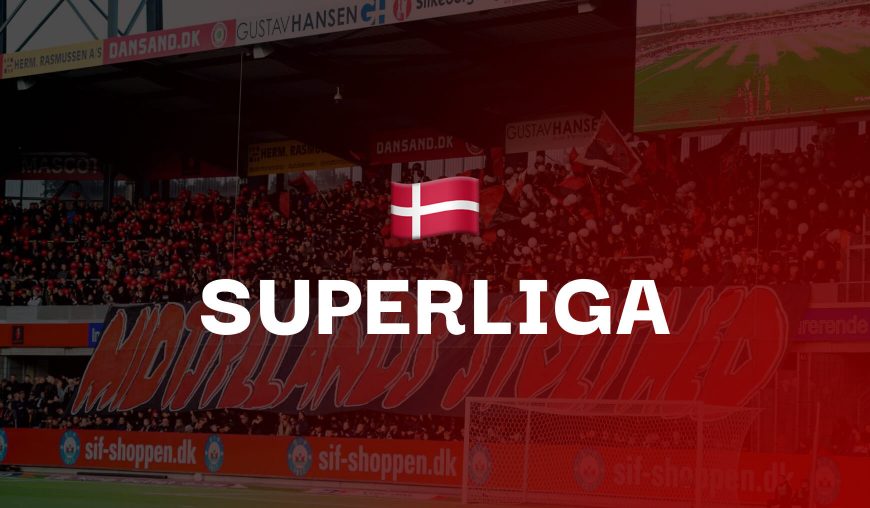 This game for the Danish sides signals the halfway point of the Championship Playoff, after this every side will have played everyone else and sides will have a good idea of where they are aiming to finish in the Danish Superliga. Aalborg (AAB) v Silkborg (SILK) is a massive game as both sides fight for spot in the Europa League. And going off their previous form, this game has goals written all over it.

In their last eight games, 50% of AAB’s matches have ended with over 2.5 goals, with AAB scoring over 2.5 goals on their own in three of those. AAB are also in good form, the only two games they have lost in their last five is against the top two teams in the league.

AAB’s games have also been full of action, especially in the last two matches. In those two games, a win over Brondby and a loss to Midtjylland, there were a total of 58 shots! The desperation for teams to get points and secure European spots is starting to show as attacks start to overwhelm defences.

A player to watch in this match will be Louka Prip. The Danish striker is AAB’s top scorer and has 3 goals and an assist in four Championship Playoff matches. He’s in form and will want to keep the run going in a league that continues to open.

For SILK the attacking side of their play has been one of the best in the whole league all season. The only side to have more shots than them all season is Midtjylland. They have been a real anomaly this season as their attacking football really deserves more especially with Nicklas Helenius getting 6 goals in his last four games and strike partner Seb Jorgensen getting 10 goals this season.

The main attraction to this bet is SILK’s attack. Their last two vists to AAB have ended in a 4-1 win and in SILK’s last 3 games they have won each match, scoring over 2.5 goals in everyone. And that includes wins over Copenhagen and Brondby!

Sometimes the simple bets are the best. Saying Copenhagen (COP) are going to win their next game is like flipping a coin where both sides are heads. Yes, it’s possible it could land on its side but let’s face it, it’ll be heads.

COP have won nine of their last 10 games, with their only loss coming against a Silkeborg side who are clearly on the ascendancy. They are a side who know how to win simple as that, in this match they are facing a Randers (RAN) side who are struggling to defend.

Pep Biel could be the difference in this match. The Spaniard scored both of COP’s goals in their 2-0 win over Brondby and would be good value for money if you fancied him to get another in this match.

Recent results are showing how teams are shutting up shop when they play COP. They’re not scoring many goals in recent matches, but the stats show that their attack is as deadly as ever. They’re 3rd for most shots on target. They are 2nd for big chances created and most crucially, they are 1st for most goals scored per game. They are top of the table, and they are cruising.

A team who aren’t cruising are their opponents RAN. They have lost all of their last three games, conceding eight and only scoring two. They’ve only kept a couple clean sheets all season and last time they played COP, they lost 3-0.

Don’t look past a COP win in this one.

No side in the whole of Denmark are currently playing worse than Brondby (BRO). They started their defence of the league badly at the start of the season, then they turned that form around, shot up the table, and as soon as they got into touching distance of the top something changed and they have completely collapsed. If Midtjylland (MID) don’t win this massive rivalry, I think everyone would be shocked.

BRO haven’t won any of their last six matches and have lost their last five consecutive league games, their worst run of the whole season across all competitions.  But not only that, BRO haven’t scored a single goal in any of those last five losses. Five games, no wins, no goals on and they have only had seven shots on target in their last three games. You have to feel that MID will be licking their lips.

An explanation for this awful attacking form could have something to do with the chopping and changing throughout the whole side. Divkovic is the only forward who has consistently played throughout all three of their last six games. The attack has no unity, and it is showing through their sheer lack of intent or creativity.

MID are also showing their strength through the fact that in their last eight games their only two losses have been against Copenhagen, clearly a bogey team for the boys in red and black. But ultimately MID are looking strong where BRO are looking weak. They have only lost three games away from how all season, and recently they have started games strong scoring four goals in the first half of their last two games.

If MID don’t get a W in this I would be very surprised, but these games are known to be hectic and colourful, anything could happen.

Sign up to Betfair and get a full refund if your first bet loses. Grab an account through the offer below and place £20 on the 9/2 Danish Superliga Best Bets Treble. Here are the two possible outcomes: