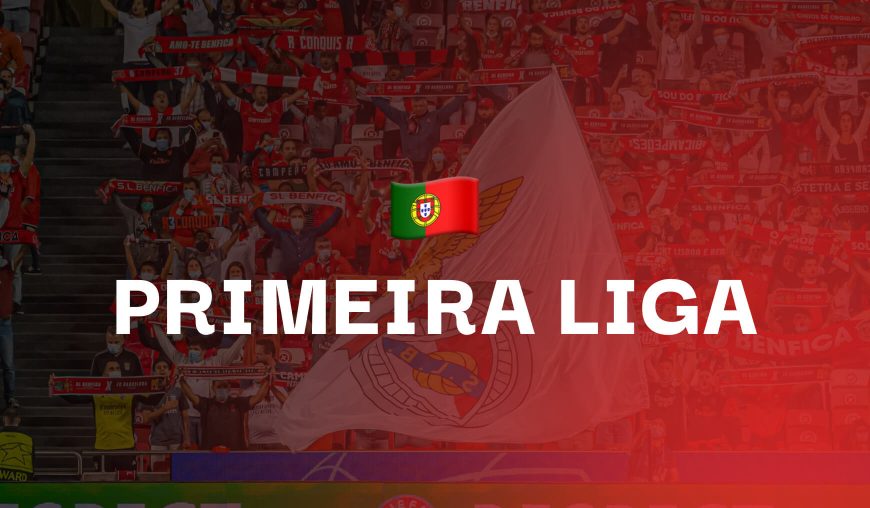 Benfica began Wednesday with a 4-0 victory against archrivals Sporting, with a brace of goals and a brace of assists from Diogo Moreira enabling the Águias to progress to the semifinals of the UEFA Youth League for the second straight tournament. Hours later, the senior team headed to Anfield with a Herculean task of turning around a 3-1 deficit against Jürgen Klopp’s Liverpool, and while they were unable to do so, they nevertheless came away with a 3-3 draw, a 6-4 loss on aggregate that allowed them to bow out of the UEFA Champions League with their heads held high.

With their European adventure over, Benfica have nothing left to play for – at least on paper. They are nine points above fourth-place Braga and nine points behind second-place Sporting – they are all but confirmed to finish third and play in the Champions League qualifiers in early August. They will end the season without a trophy for the third straight year (unless you count the pre-season SuperCup in 2019/20), and their manager Nélson Veríssimo is effectively a lame duck – PSV Eindhoven manager Roger Schmidt is set to take over in the summer.

Sporting, meanwhile, are hanging onto the title race by a thread. With five matches remaining, Rúben Amorim’s side are six points behind Porto and will face off against the Dragons in the second leg of the Taça de Portugal semifinal next week after losing the first leg 2-1. Since the start of March, they have won five consecutive games in the league, with each of them coming with a two-goal margin attached. I’m backing this one to be a high-scoring affair; the suspension of Matheus Reis is a massive blow for Sporting in defense, whilst Benfica will have a tough time keeping Pablo Sarabia, Pedro Gonçalves and co. off the score sheet as well.

Just 24 hours after Benfica achieved a valiant but ultimately meaningless comeback at Anfield, Braga, the final Portuguese team remaining in Europe, were sent packing from the UEFA Europa League quarterfinals. Braga had entered the match on the back of consecutive 1-1 victories against Rangers in the first leg at home as well as a trip to Vizela, which saw Braga take the lead in the 39th minute as Ricardo Horta collected a pass from his younger brother André Horta and deftly back-heeled it with one touch into the onrushing Iuri Medeiros, who blasted his shot past Pedro Silva. Four minutes later, Braga received a corner kick with center forward Vitinha battling with fellow teenager Alejandro Alvarado Jr. and failing to make contact with a bicycle kick, before deciding to try his luck again and lunge his foot into Ivanildo Fernandes’ face, reducing Braga to 10 men before the break.

Carlos Carvalhal’s side managed to keep a clean sheet in Vizela but found their defensive walls pierced in the second minute as captain James Tavernier put Rangers ahead, before doubling the hosts’ advantage just before the interval and just minutes after Braga were once again condemned to an early sending-off as Vitor Tormena received his marching orders. His defensive partner David Carmo managed to equalize in the 83rd minute from a corner and send the game into extra time, with Glen Kamara setting up Joe Aribo inside the box and the Nigerian international beating his man before nutmegging Carmo with a pass that allowed Kemar Roofe to tap home from close range. Iuri Medeiros was shown a booking for a late tackle near the touchline in the 105th minute, and after confronting the referee, received another yellow, condemning Braga to elimination.

Braga have effectively wrapped up Europa League football for next season with an eight-point advantage on Gil Vicente and a nine-point deficit from third-place Benfica, and they’ll be looking to pick up their fourth straight win in the league when they take on Estoril Praia in Cascais. I’m backing the Arsenalistas to get back to winning ways against a newly promoted side that has lost three in a row in the league.

Sign up to Betfair and get a full refund if your first bet loses. Grab an account through the offer below and place £20 on the 5/2 Primeira Liga Best Bets Double. Here are the two possible outcomes: