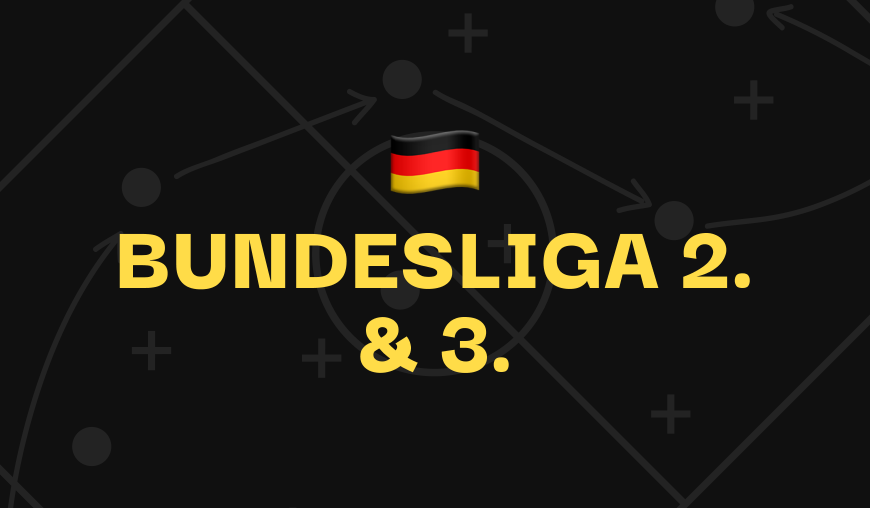 We have a battle between mid-table Karlsruher and relegation candidates Sandhausen on the cards.
Karlsruher have been performing fairly well as of late, losing just once in their last seven games. They also recently managed to beat third-ranked Heidenheim (3-2) and drew to runners-up Darmstadt away from home. (2-2). They are the favorites for me in this match. Karlsruher are also in a streak of 4 games without losing in home games and have lost just one of their last six. They are also scoring easily and have an average of exactly 2 goals scored per home game.

Sandhausen seem very inconsistent. Their most recent result is a 3-0 defeat to mid-table Jahn Regensburg, ending a streak of three games without losing. They suffered three straight defeats just before that. Sandhausen’s away record is not bad, their 1-0 win over Düsseldorf ending a streak of three away games without a win. They have won and lost 4 away games this season. I do expect Karlsruher to win here, but it could well be a close affair. Early on in the season the sides drew 0-0 in Sandhausen.

Both teams are without a few starting players.
Karlsruher miss Malik Batmaz (10 games, 3 goals), Kyoung Rok-Choi (16/4). Robin Bormuth and Sebastian Jung are also out but they have not played many games yet.
Sandhausen are without Dennis Diekmeier who is suspended. Julius Biada and Tim Kister are rotation players who are injured.

Jahn Regensburg are sitting in seventh place and are just two points removed from a promotion playoff battle at the moment. Meanwhile, Holstein Kiel are in an unimpressive thirteenth place, and are five points clear of a potential relegation playoff battle.

I expect the home team to book a good result here. They have been a bit inconsistent but I think their comfortable win over Sandhausen last week can be their move upwards. They won 3-0 after losing three straight, but all three losses were against Top 5 ranked sides. (Darmstadt, Heidenheim and Werder Bremen)

Holstein Kiel though, have been performing well as of late – so that is something to bare in mind. They have lost just once in their last five matches played, however, their away track record is still poor. Yes, they booked a good 1-1 away result against Schalke most recently, but they have won just once, drawing five times and losing three away from home. They have allowed goals against in every single away game played. Kiel have also scored in all of them, bar the first match of the season against St. Pauli (3-0 loss)

I am giving Regensburg the edge here, because Kiel do miss a few players due to injuries and Covid-19 protocols. Regensburg are without starters Jan-Niklas Beste and the suspended Sarpreet Singh.

Surprise package Meppen are having a great season so far. They were expected to struggle, or have a modest season at best but find themselves in an excellent fourth place. They have managed to obtain 36 points from their 21 league games played and are fourth on goal difference. Zwickau are in 13th place, just two points clear of the drop. They are also in this position because they are the “champions of draws” – they have so far drawn a league-high 11 times this season. They have 4 wins and 5 losses.

Meppen are without suspended Jeroen Al-Hazaimeh. Two more rotation players are out; Florian Egerer and Ole Käuper. Only starter Maximilian Jansen is out for Zwickau. This should not be a terrible situation for Meppen though. It shouldn’t cause too many problems and I see them booking the win here.

It’s a clash between the top-ranked and the bottom-ranked side. Magdeburg are clear and present well ahead of the chasing pack. They are a massive eleven points clear. Havelse are bottom and are four points behind second bottom-ranked Wurzburger Kickers. They are also already nine points behind the number 16 who are in a safety spot.

Magdeburg have won 15 games this season, and have won 6 of their last 7 games without losing. Havelse did collect a few draws here and there, but have not won their last 7 league games. They have won just one of their last 11 games played. Havelse have won a league-worst (tied) 3 games and have allowed 43 goals against in 21 games.

Havelse did manage to draw their last three away games, so this does show they may not be push-overs. Magdeburg have won six in a row at home though. I do believe, even if it won’t be a big win, they’ll still win by a comfortable margin of at least 2 clear goals. They have scored at least twice in 9 out of their last 10 wins. Havelse have allowed at least two goals against in six of their last seven losses.

Florian Kath is out for Magdeburg due to Covid-19, he is a starter normally. Havelse are without starter Oliver Daedlow and rotation player Linus Meyer.

Sign up to Betfair and get a full refund if your first bet loses. Grab an account through the offer below and place £20 on the 16/1 Bundesliga 2 & 3. Liga Best Bets Accumulator. Here are the two possible outcomes: