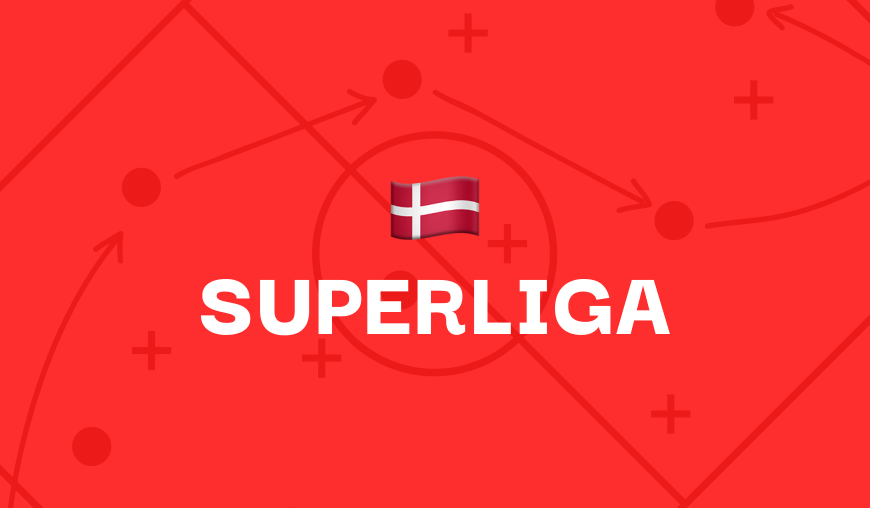 Two teams in similar situations but two very different stories in how they got there. After 19 games SonderjyskE (SDK) have only mustered up 10 points after what has been abysmal season so far. SDK would have been hoping that the winter break could have given them some respite and in truth they haven’t looked too bad. They threw away a two-goal lead in the final minutes against AGF then they held an irresistible Brondby side to a 1-0 loss with only 10 men. So, if they are going to strike it needs to be against a fellow struggler.

But SDK haven’t actually won a league game since September and are doing more than just scraping the barrel. They are letting in an average of 1.9 goals a game, in the league, and have let in 3+ goals nine times this season.

On the other hand, Odense are just struggling to find any levels above bang average. They haven’t found any type of form all season and have failed to win two games in-a-row at all in the league. Despite this both sides also find themselves in the semi-final of the DBU Pokalen (Danish Cup) against each other! So, there is clearly quality there. Odense will be hoping for the return of their quality 22-year-old star man Mads Frokjaer-Jensen who has been out since Novermber and is still their top scorer on only 5 goals. They need him back so they can actually start challenging.

The main difference between the two sides is goals scored. SDK have only put in 13 goals all season with only 8 of those from open play. Whereas Odense have scored 27 goals this season and in their last game they did fantastically well getting a 2-2 draw with Midtjylland thanks to a brilliant performance from Issam Jebali. But the end game here is that SDK are leaking goals for fun and desperate for a win while Odense can be far better than they have been and they are still scoring over a goal per game.

In the last 3 games including Vejle in all competitions the home side has scored 3 goals. And in 11 of the 19 league games Aalborg BK have been involved in, both teams have scored. So, you can see where the prediction has come from. These two sides are no strangers to goals, and even though they are separated by 6 places in the table this game may be closer than it first seems.

Even though these two sides find themselves at different ends of the ladder don’t be surprised if this game turns out to be a high scoring and close game. Vejle, who were rock bottom of the table after the winter break, surprised everyone when they stunned AGF Aarhus 3-2 in their last match thanks to a 100th minute winner in a game that was 2-2 already at half time. Meanwhile Aalborg BK were on the end of a battering from free scoring Silkeborg. So even though Vejle are lower in the table the confidence of the away side will be sky high. So even while at the receiving end of some big losses 10 of Vijle’s 19 games have seen both team’s score. If Vijle’s attack is still on form and their defence is still leaky, both teams scoring could happen quite quickly into this game, even before the end of the first half.

Aalborg are one of the top scoring teams in the league and it’s easy to see why when nearly half of their goals have come directly from set pieces (Only 1 penalty). Their two main men on the day will be Iver Fossum and Louka Prop who basically score or assist every goal that Aalborg score. Fossum has 6 goals and 4 assists this season and Prip is on 7 goals and 3 assists. I expect Aalborg to get a couple of goals this game and I really wouldn’t be surprised if Vijle get a few too, despite their league position.

They may not be the biggest teams in Europe, and they may not even be the biggest teams in Denmark right now, but you will struggle to find two opponents on the form these sides are on right now facing off against each other. 10 league games unbeaten, not one of them, both of them. Last time Brondby lost was the 19th of September and they have won their last eight in a row. And Silkeborg’s last loss was the 20th of September.

A star man that could feature is the ex-Aston Villa man Nicklas Helenius who has 10 goals in 16 games in the Superligaen this season and four goals in his last two since the end of the winter break. Brondby are having to settle into life after Mikael Uhre who had scored 40% of Brondby’s league goals and now their star man is most likely Anis Ben Silmane who has put in two big performances since his return from AFCON to help Brondby get two convincing wins in their last two games.

In 4th and 3rd in the league respectively I am expecting one thing and that’s goals. Silkeborg have averaged an unbelievable 5.9 shots on target per match and Brondby are on an equally high 4.5 shots on target per match. Both are also in the high levels of goals per game, with Silkeborg on 1.7 and Brondby on 1.5 per game. If looking at the stats alone doesn’t convince you then at least know that these two sides will do anything to win and being right next to each other in the league adds a little jeopardy and tension to an already good matchup.

Sign up to Betfair and get a full refund if your first bet loses. Grab an account through the offer below and place £20 on the 13/2 Danish Superliga Best Bets Treble. Here are the two possible outcomes: