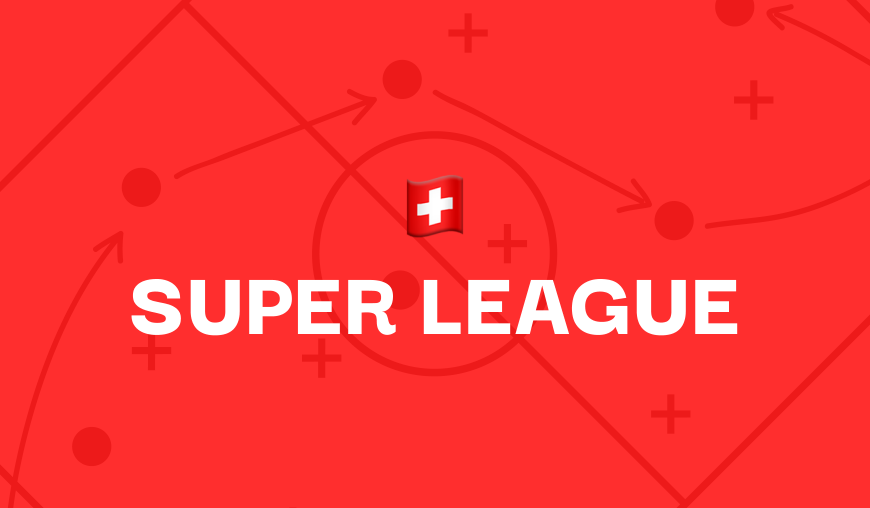 The managerial reign of David Wagner at Young Boys was brought to an end last weekend after Young Boys conspired to throw away a two-goal lead at home to Luzern. Despite some flashes of strong form, the German coach failed to really maintain the dominant levels that had brought the club four successive titles in a row and the hierarchy in Bern had seen enough to dispense of his services. YB have now turned to long-term assistant Matteo Vanetta for the remainder of the season.

The visit to the Stade de la Tuliere on Sunday afternoon to play Lausanne represents an opportunity for the Swiss champions to reset and attempt to begin to claw back the mammoth lead that FCZ have gained over them in recent months. With ten games left and two matches to come against the current league leaders included, it is still unlikely that we see a dramatic finish to this season, but it is the job of YB and Vanneta to push all the way, starting at a venue where they produced one of their performances of the season under Wagner in a 6-1 rout.

That defeat for Lausanne was their heaviest at home in league action since 2009, and truthfully, it hasn’t really improved for them since. With troubles on the field, unrest behind the scenes and an ongoing nine-game losing streak, LS are currently only heading one way.

It is clear YB have a much more talented squad at their disposal than their inconsistent results suggest, and they are streets ahead of this LS team that they have beaten in both meetings this season and in their last eight in a row too. YB should win this comfortably.

FC Basel continue to adjust to life under the caretaker charge of Guillermo Abascal and the team are showing the fighting spirit under the Spaniard that made them early title challengers in the first part of the year. After their comeback draw with St. Gallen, they produced one of their better Super League performances of the season to see off the always tricky challenge of Lugano at the Cornaredo.

They were beaten on Thursday in UEFA Europa Conference League action against Marseille, but defended resolutely throughout and scored a crucial late goal that keeps them in the tie next week. For now, the focus turns to their Genevan visitors, who haven’t enjoyed their trips to this part of Switzerland recently, with Basel winning by an aggregate score of 10-1 in their last two matches against them at the Joggeli.

Servette remain erratic, losing in three consecutive games before their home win at YB and away victory at Grasshoppers last weekend. It is difficult to predict which version will turn up week-to-week, but they will be in high spirits as they aim to close the gap on Lugano in fifth.

FCB are strong at home, but they have only won one of their last six at St. Jakob-Park, drawing five, losing one and conceding more than one goal on three occasions, therefore it is a risk to back them to win. SFC have conceded at least two goals in their last three away matches and in four of their last five matches in Basel since 2019, so I’d instead go for the home side to score at least two.

There is no question that there has been a huge upturn in form for Luzern since the winter break. It wasn’t necessarily hard to better their early-season record though, they had won only one of eighteen games, but FCL are showing a steely resolve and determination that had been sadly lacking and is much of the reason why they are in the relegation play-off spot in the first place.

They have been going well in recent weeks and displayed their new self-belief with their surprising comeback in Bern against Young Boys to draw 2-2. Unbeaten in four of their last five, the only defeat coming at home to FC Zurich, it is imperative that FCL continue in this vein in a match that could go some way to deciding their fate in the Super League in 2021/22.

Grasshoppers are the visitors to the swissporarena and after three defeats in a row, they are looking over their shoulder all of a sudden. A win would move them eleven clear and ease those newfound worries, but they will need to better their performances if they aim to achieve that.

Luzern are scoring regularly again as Asumah Abubakar finally finds his scoring touch in the top-flight but they have kept only one clean sheet at home while GC have only three to their name away from the Letzigrund. GC don’t have any problems scoring in general and have both nine-goal striker Kaly Sene and Wolves loanee Hayao Kawabe in their attack. The two previous matches this season have also ended with both teams scoring and I expect that again here.

Sign up to Betfair and get a full refund if your first bet loses. Grab an account through the offer below and place £20 on the 3/1 Swiss Super League Best Bets Treble. Here are the two possible outcomes: